Why Do I Get Dizzy When I Work Out?

Dizziness, lightheadedness, and even fainting when working out can be scary, not to mention dangerous.

Dr. Clifford Stark, Medical Director of Sports Medicine at Chelsea, notes that some lightheadedness and dizziness can be totally benign. Other symptoms, however, might be the sign of something more serious.

For workouts led by professional trainers that won’t work you to your wits’ end try one of Openfit’s workout programs for free today.

Why Do I Get Lightheaded?

Here are some causes of exercise-induced dizziness and what you can do to avoid it. 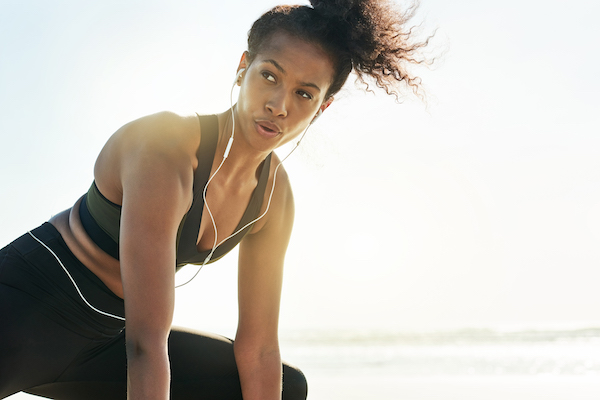 You are more likely to experience dizziness and lightheadedness when you are doing leg lunges than bicep curls.

Dr. Stark explains the simple cause for this is the size of your muscles:

On top of this, endurance-oriented training involving your quads will get your blood flowing faster to these major muscles.

“Sprinting, jumping, jump squats make your heart rate go way up,” he says. “You’re pumping a lot of blood into your body; you’re sending it back to your heart through the muscle contractions.”

The problem often comes not during the actual workout, but after it’s done.

“If I had you jump 100 times, you’d probably feel fine,” he says. “But when you stop suddenly, your heart is still pumping really hard, but there’s nothing to return the blood to the heart.”

According to Dr. Stark, this type of dizziness can be overcome with a good warm-up and a cooldown.

“If you stop, especially if it’s a hard workout, you need to taper off,” he says. “You can’t come down too quickly.”

When in doubt, follow the advice of your high school coach — walk it off. 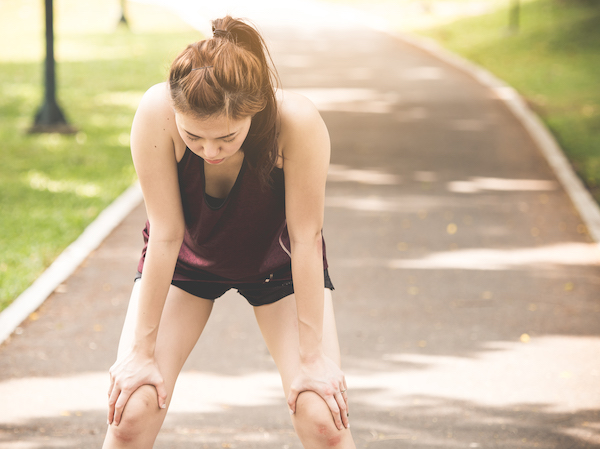 Dr. Stark says dizziness can be caused by low blood sugar which might be a side effect of training on an empty stomach. On the other hand, overeating can also cause problems when working out.

“If you eat a big meal before a workout,” he says, “your body will see this as a vegetative moment.”

So what’s the right kind and amount of food to eat to avoid dizziness?

Dr. Stark says this can be hard to tell, based on your body’s needs as well as the type of training you’re doing.

“There’s no perfect thing to eat before a workout,” he says. “Different people do better on different things. If you go too high on the sugars, you can bottom out in the middle of your workout and get hypoglycemic.”

All things being equal, Dr. Stark recommends some carbs with some nuts to help sustain the carbohydrate energy.

“You certainly want low volume,” he says. “You want a lot of calories, but not a lot of food. A big meal will inflate inside your stomach.”

Still, he stressed that there’s not one ideal pre-workout meal for everybody. 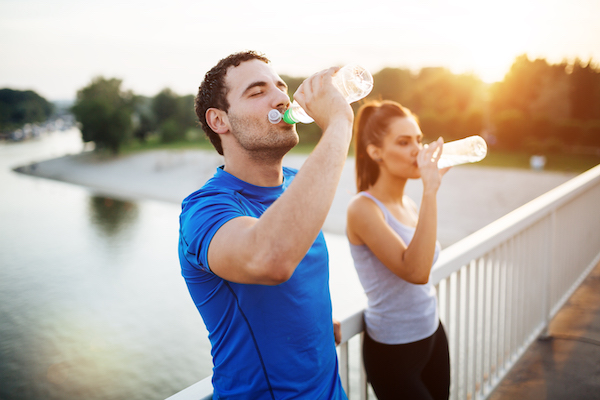 “It’s important not just to rehydrate right after or during a workout,” says Dr. Stark. “You need to hydrate long before.”

He says hydrating as soon as possible is important.

The importance of hydrating in advance lies in how the body processes water.

How much water is enough?

To know if you’re getting enough, he recommends you use your urine as a guide.

“Keep it as light as you can,” he says, adding that water needs vary from one person to another.

Don’t worry too much about drinking too much water and dropping your sodium levels. Dr. Stark says this is primarily a concern for endurance athletes, such as marathon runners. 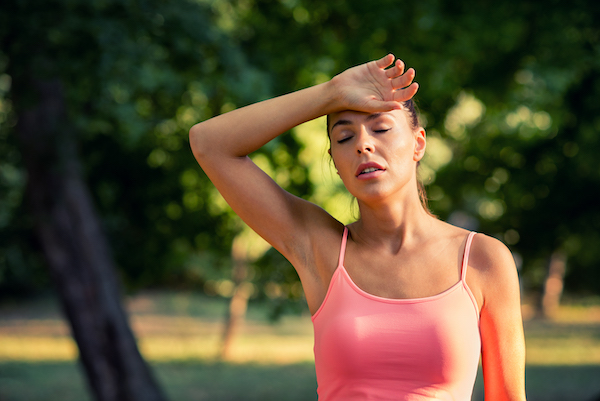 Strain can lead to dizziness. Remember how we talked earlier about stopping quickly?

This is similar to standing up too fast and getting lightheaded, a phenomenon known as “orthostatic hypertension.” A similar phenomenon is vasovagal syncope, which is like when you strain yourself going to the bathroom.

This can also happen, in a more extreme fashion, when you work out.

The main way to avoid this is to remember to breathe.

“Learn the specific types of breathing for each workout,” Dr. Stark recommends.

This is especially true for those lifting heavy weights. Breathing is perhaps one of the most important parts of any movement or exercise. Learn how to do it properly to protect yourself from dizziness and lightheadedness.

What’s more, Dr. Stark says that holding your breath can be counterproductive “unless you’re under water.”

When Dizziness Should Worry You

According to Dr. Stark, dizziness that results in loss of consciousness warrants concern, but even more concerning is fainting with no warning signs whatsoever.

“If you have warning signs, that’s actually good as compared to just going out cold,” he says. “Any person who is getting exertional dizziness should get evaluated to make sure that there aren’t other causes.”

If you show any signs of dizziness or lightheadedness, you should see a doctor before continuing or beginning a new exercise regimen.

When Dizziness Means a Trip to the Doctor

Repeated dizziness and lightheadedness can be worth a trip to the doctor just to make sure everything is working the way it’s supposed to.

“The absolute worst is fainting without warning,” Dr. Stark says.

But if you find yourself getting dizzy or lightheaded at the gym despite eating right, properly hydrating, warming up, cooling down, and breathing the way you’re supposed to, it’s time to make an appointment and find out if the cause of your dizziness is benign or something more concerning.