I Want to Stop Cleaning My Plate Out of Habit

Today in the United States, more than two thirds (70.7 percent) of adults are overweight or obese. Millions live with chronic illnesses such as diabetes, heart disease, and certain types of cancers that are associated with being overweight or obese. There are lots of reasons why you are not losing weight, but perhaps one of the most compelling is the echoes of a cultural meme of yesteryear: the Clean Plate Club.

Are you a member? A recovering member? I know I am. In fact, the notion that mealtimes aren’t over until I’d eaten everything on my plate was instilled in me since as far back as I can remember. And so it was for my parents and their parents before them.

But, cleaning your plate out of habit and not hunger is a path to mindless eating and an ever-expanding waistline.

How Cleaning Your Plate Became a National Habit

Why has the “clean-your-plate” mentality become synonymous with how many Americans approach mealtime? Because a Yugoslav nationalist named Gavrilo Princip shot down Archduke Franz Ferdinand and his wife Sophie in downtown Sarajevo. Allow me to explain.

The assassination of the archduke in 1914 precipitated the First World War, a near-apocalyptic conflict the U.S. entered three years later. Feeding the U.S. army and starving European allies meant domestic food production and consumption had to be stepped up quickly in 1917. To that end, President Woodrow Wilson signed an executive order that created the U.S. Food Administration and put future president Herbert Hoover in charge of running it.

The general aim was to ensure food imports were kept as low as possible while ensuring the more limited amount and variety of food on Americans’ tables wasn’t wasted. The “Clean Plate” campaign was born. Getting U.S. adults to change their eating habits to aid the war effort was pretty straightforward; Hoover appealed to their sense of patriotism. A different tactic was devised for reaching children, however: At school, they would be required to recite a pledge that read:

“At table I’ll not leave a scrap of food upon my plate.

And I’ll not eat between meals, but for supper time I’ll wait.” 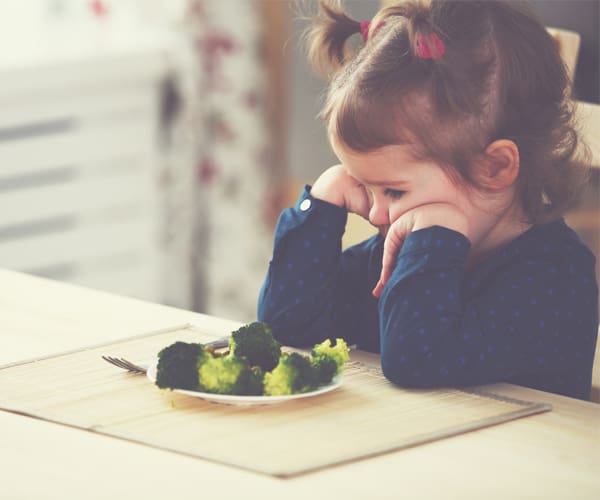 The U.S. Food Administration was disbanded immediately after the war but not before an entire generation got in the habit of vacuuming up every scrap of food before even dreaming of leaving the dinner table. This gastro-indoctrination didn’t have much of an effect, though, because for the next few decades, there wasn’t that much food to be had anyway due to the Wall Street crash, the resulting Great Depression, the Dust Bowl, and then yet another colossal world war. In the aftermath of World War II, Harry S. Truman decided to deal with another bout of food scarcity by resurrecting Hoover’s campaign and spinning it to elementary kids as a club. That’s right: We think the Clean Plate Club is just a cute saying, but it was an actual thing, a governmental program.

The 1950s saw a period of relative abundance in the U.S. The variety of foods available began to increase, as did portion sizes in restaurants, which more and more people could afford to frequent. Additionally, processed foods started to make up a larger percentage of the foods Americans consumed. The thing is, Clean Plate Club doctrine was still ingrained in the psyches of the people who’d lived through the hard times of the World Wars and the Great Depression, and those people were now instilling the same ideas in their children.

The crazy thing is that while the portion sizes of the 1950s and 1960s would have seemed giant to the people living in the first half of the 20th century, the portion sizes Americans are used to today make them seem modest. Add in the fact that Americans are more sedentary now than they were when portion sizes were smaller, and it’s easy to see a key underpinning of the obesity problem in the U.S. and the wider world as it becomes more Westernized. If you suffer from portion distortion, see our “how to” section below.

Yes, the Clean Plate Club seems to have a committed member base; a 2014 study demonstrated that 92 percent of self-served food gets gobbled up. If you feel your long-held membership of the club is getting in the way of your health, fitness, and weigh-loss goals, there are some very simple and practical ways you can deprogram yourself and the people you love from eating too much out of habit. Here are four of the most useful.

How to Break Up with the Clean Plate Club

Did you know that a serving of almonds is 23 almonds? Or that about 32 seedless grapes equal one serving? If you do, you’re a slim minority (probably physically, too). Most of us aren’t as well acquainted with what a real portion of food looks like. Get a better concept of how much food you actually need (versus want, that’s another issue) to keep you from eating too little of the bad stuff and not enough of the good stuff. 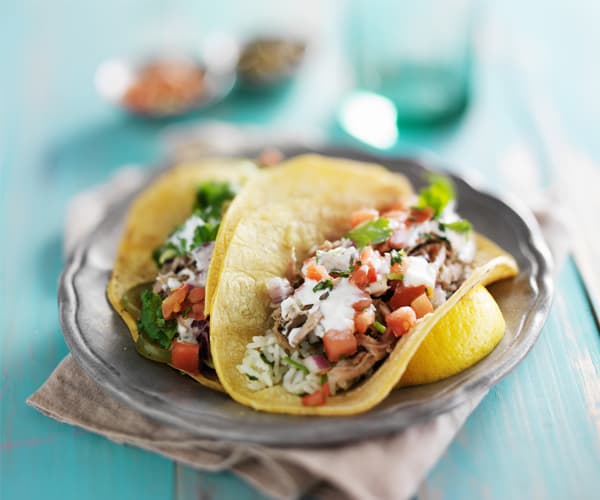 Using a smaller plate — and ideally eating less as a result — is an easy-to-grasp concept. But did you know the color of your plate could have a significant effect on how much you eat, too? A high color contrast between food and plate may cause you to eat less, according to a 2012 Cornell University study published in the Journal of Consumer Research. Study participants who served themselves pasta Alfredo on a non-contrasting white plate heaped on 22 percent more pasta than those who were given contrasting red plates.

We’ve known for a while that eating quickly is associated with overeating, but a 2009 study drilled down a scientific basis for why. When food enters our stomachs, certain gut hormones are released. These hormones — peptide YY and glucagon-like peptide-1 — give us a feeling of being full and, generally speaking, we slow down or stop eating in response. The rub: It takes a little while for the brain to get these hormonal signals. If we are on a mission to clean our plates, our bodies don’t have the opportunity to tell us to stop until we’re uncomfortable and unbuttoning our pants in ignominious defeat.

The “clean plate” pledge of 1917 was so effective that it may behoove us to recite an updated pledge informed by the factors that compel us to overeat. It could go something like:

I’ll strive to use a smaller plate,

And note the effect upon my weight.

And so reduce the food I use.

And if that doesn’t do the trick,

I’ll tell myself to not eat quick.