For something so basic to human life and health, sleep remains largely mysterious to scientists — particularly the natural processes that dictate who needs how much and why.

But researchers at the University of California-San Francisco have uncovered a tantalizing clue. In a study published in the journal Neuron, researchers said they had uncovered a gene, ADRB1, that directly affects how much sleep people need, and a genetic mutation that appears to make certain people — so-called “short sleepers” — need less sleep.

“Short Sleep” Runs in the Family

The researchers analyzed blood samples from members of a family who say they’ve never been able to sleep more than six hours per night. (Experts recommend that adults get seven to nine hours.) They identified a gene mutation in each of those short sleepers. When the scientists transferred that mutated gene to lab mice, they found the mice needed about an hour less sleep than their siblings that lacked the gene.

This follows a similar discovery in 2009 when researchers found a different genetic mutation in a mother and daughter who felt completely rested after six hours of sleep. (Other family members needed eight.) The affected gene, DEC2, helps turn off the expression of other genes, including the gene for the hormone orexin, which regulates circadian rhythm, among other functions.

“The problem is, we know so little about what sleep really is and what it’s for,” said study co-author Louis Ptacek, MD, a neurologist at the University of California, San Francisco, in The New York Times. “As we identify more and more genes, hopefully this will outline a system, or systems, that are critically important to sleep.”

Scientists estimate the newly discovered ADRB1 mutation is present in four out of every 100,000 people. 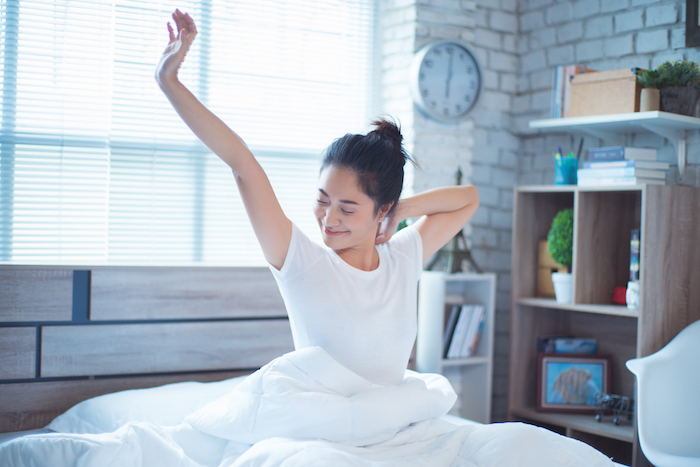 “Genes for circadian rhythm disorders were already identified, so it’s not terribly surprising that there is a genetic component to those who need less sleep,” says Carl Bazil, MD, PhD, director of the Epilepsy and Sleep Division at Columbia University Irving Medical Center in New York City.

But, just because some people are naturally inclined to sleep less doesn’t necessarily mean it’s healthy, warns Bazil. We just don’t know yet.

“Sleep is complicated and important,” he says. “We’re far from understanding what other genes may be involved, and there may be some negative impact to getting less sleep, even in these individuals — sleep is crucial to memory consolidation, immune function and many other aspects of our general health.”

Could There be More Sleep Genes?

Genes could also be responsible for the inverse — people who need more sleep.

“We also know that there are ‘long sleepers’ who are perfectly fine on ten or even twelve hours of sleep, but will show all the signs of sleep deprivation if getting eight or nine,” says Bazil. “I suspect there is a genetic component there as well, but it could be quite different.”