How Much Water Do You Really Need? 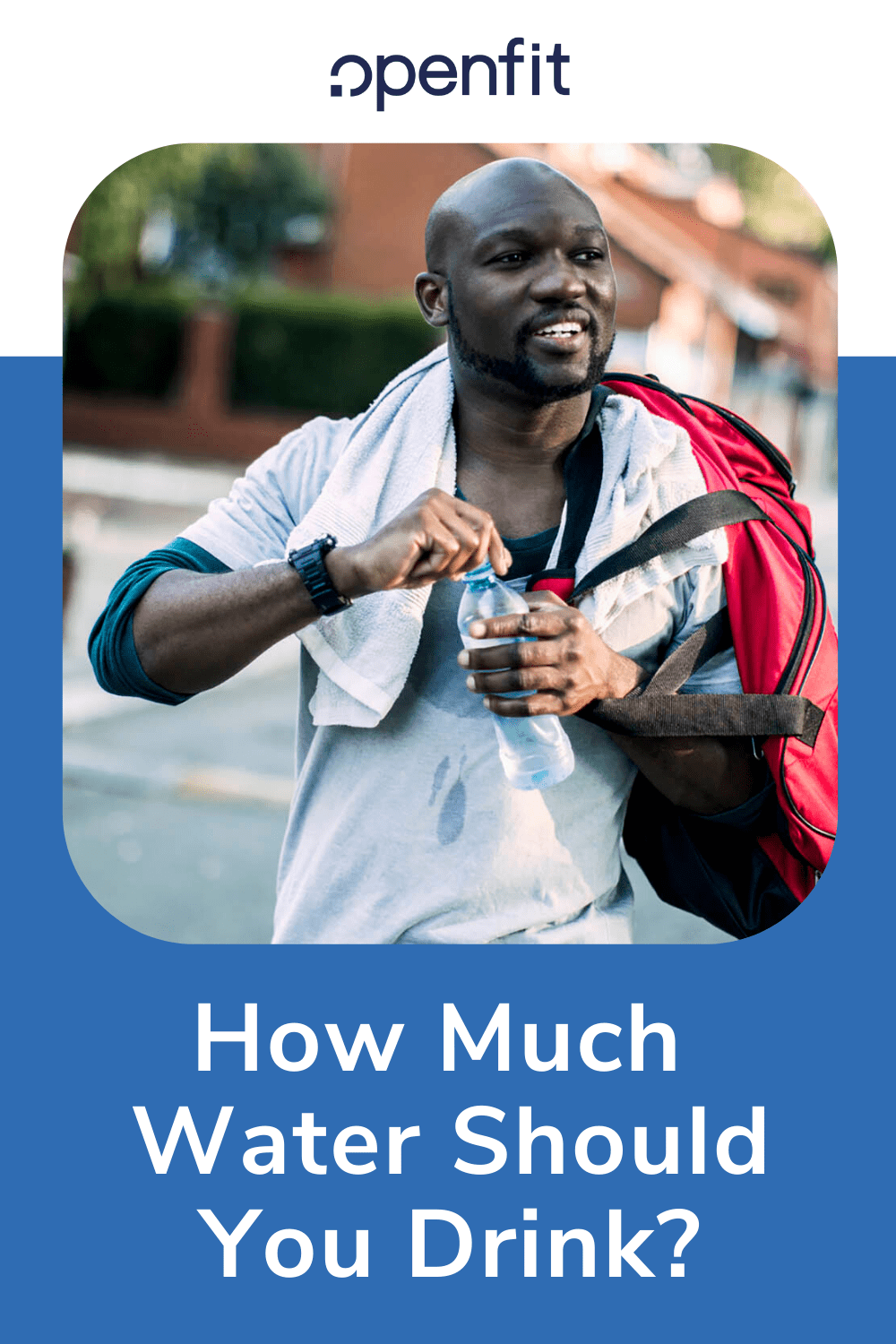 I found myself in the middle of a water fight a few weeks ago — and no, not some battle for the block in my neighborhood with Super Soakers and water balloons (though that sounds like a lot of fun; maybe I should set one up for this weekend…).

I’m a big water drinker, always have been. I keep a battered black, one-liter Sigg bottle on my desk, and I fill that thing up at least four or five times a day while I’m working. Yeah, I pee a lot, but that pee sure is clear!

My spouse though, is a sorry water drinker — she barely even drinks eight ounces a day. She’s getting over a soft drink addiction and now downs those zero-calorie colas throughout the day, which isn’t the greatest, but better than guzzling the 40 grams of sugar you get in a typical soft drink.

Since I’m obviously a super-great water drinker, I got her a bottle that I make sure to fill up with clean, cold, filtered water for her each morning. The bottle is clear so she can tell how much more she needs to drink to finish it off. But, at the end of the day, that same bottle of water was still almost full — she said she just doesn’t like to drink water, and isn’t thirsty that often.

This started a bit of a conflict since I was under the impression that you had to down as much water as you could for optimal health and fitness — the old “at-least-eight-eight-ounce-glasses-a-day” standard. After a few arguments, and then a bit of research, I determined that I was wrong and there’s actually no exact amount of water you should drink each day.

Before I get into that, let’s have a little agua education: Water is probably the most important element we consume. It makes up about 60 percent of the male body and 50 percent of the female body, and is a major component of our organs. The heart and brain hold about 70 percent, the lungs around 80 percent, muscle and kidneys clock in close to 80 percent — even our robust bones hold about 30 percent water.

What Water Does for the Body 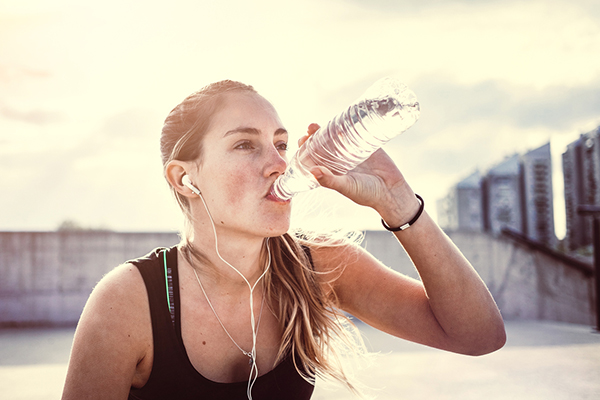 Good ole H2O is not just for quenching a parched throat either; the liquid is vital to the proper functioning of every cell. Water:

Water is an extremely important part of staying strong and healthy, but let’s go back to the how-much-you-need-each-day problem, which has been a hotly contested topic over the last decade or so. After a bit of digging, I discovered a 2007 study published in the BMJ, which explained that there was no clinical evidence to back up the eight-ounce-glasses-a-day claim.

How Much Water Should You Drink?

Well, it depends. For people like my water-averse wife who don’t drink much (or any) H2O, OpenFit recommends using body weight as a general guide to get you started. Drink your body weight, divided by two, in ounces. So if you weigh 150 pounds — that would be 150 divided by 2, which equals 75. That’s 75 ounces of water you should be drinking every day.

Some people — athletes or those who engage in frequent high-intensity exercise, for example — might need more water than that.

According to Tamara Hew-Butler, D.P.M., Ph.D., F.A.C.S.M., associate professor of Exercise Science at Oakland University in Rochester, Michigan, “the amount of fluid that an active person needs varies widely, which is why blanket ranges should be a thing of the past.”

The main factors to consider, she explained, are your size (smaller athletes need less); exercise intensity (the greater the intensity, the greater amount of metabolic heat produced, and the more water you lose through sweat); and the ambient temperature (the hotter it is, the more you sweat and the more water you lose). Because, she says, since the intensity of your workout varies and temperature is constantly changing, it’s hard to provide an acceptable range of fluid intake for every body.

Luckily, says Hew-Butler, “all mammals have an individualized, real-time, fluid monitor in their brains called an osmosensor that monitors fluid and sodium balance in the blood constantly. When the body needs water, thirst is triggered to bring water back into the system.”

This finely-tuned system responds in seconds to the need to re-hydrate. “Drink when thirsty. It is as simple as that!” she says. “This is your best hydration strategy. The thirst mechanism is an evolutionary-conserved mechanism to protect against scarcity.”

The trick for people like my wife is to become more in tune with the hydration and satiety needs of their bodies. When you only drink soda, juice, beer, coffee, or other flavored (and in most cases, caloric) fluids a few times a day, you can lose touch with your osmosensor. You might not recognize that first gentle sensation of thirst. The body weight formula can help get you better acquainted with your body’s natural cues.

Hew-Butler also notes that drinking too much water can be dangerous — although also extremely rare, mostly occurring in sodium-depleted endurance athletes and during fraternity hazing rituals. It can create a situation called exercise-associated hyponatremia (EAH), also known as “water intoxication.” It’s when you have low levels of sodium in the body during or up to 24 hours following physical activity. Too much water dilutes the body’s sodium level, which is essential for normal functioning. Symptoms include headache, vomiting, and confusion or seizures, which result from swelling of the brain. Without speedy treatment, severe EAH can quickly be fatal.

A 2015 statement put out by the Exercise-Associated Hyponatremia Consensus Development Conference strongly cautioned against drinking beyond thirst when engaging in exercise, especially during the hotter summer months.

So, what did I learn from my water battles? Besides: Water is vital to optimal health, try to use thirst (or use our body weight formula) as your prompt to stay properly hydrated, and don’t drink to excess during exercise? Don’t think you know everything about anything. Science is constantly changing and challenging everyday notions about health and fitness. Keep your mind open and available to accept new knowledge.

And, most importantly, never, ever get in a water fight with your wife if you aren’t prepared to lose.