When Should You Use Ladder Pre-Workout Formula?

Got your pre-workout shake mixed and ready to go? Great: time to down it and get after that workout, right?

Not so fast — literally. If you’re like most exercisers, you’re probably taking your pre-workout supplement too soon before your workout for it to do you much good. This applies to the active ingredients in most pre-workout supplements — including Ladder Pre-Workout, which is specially engineered to help increase your energy and focus so you get more from exercise.*

Reason: the active ingredients in pre-workout drinks (more on those below) take a while — about 30 to 60 minutes — to kick in. So if you down your shake and immediately start pounding out reps, you’re missing the boat — or, more accurately, you’re showing up too early for the party.

Best practice? Down your shake, make a phone call, send an email or two, get set up (or head to the gym), and do a thorough warm-up. By the time you’re into the meat of your workout, those active ingredients should be making it into your bloodstream, so you’re sure to get the most out of them.

Ready to try Ladder Pre-Workout for yourself? Get it here. 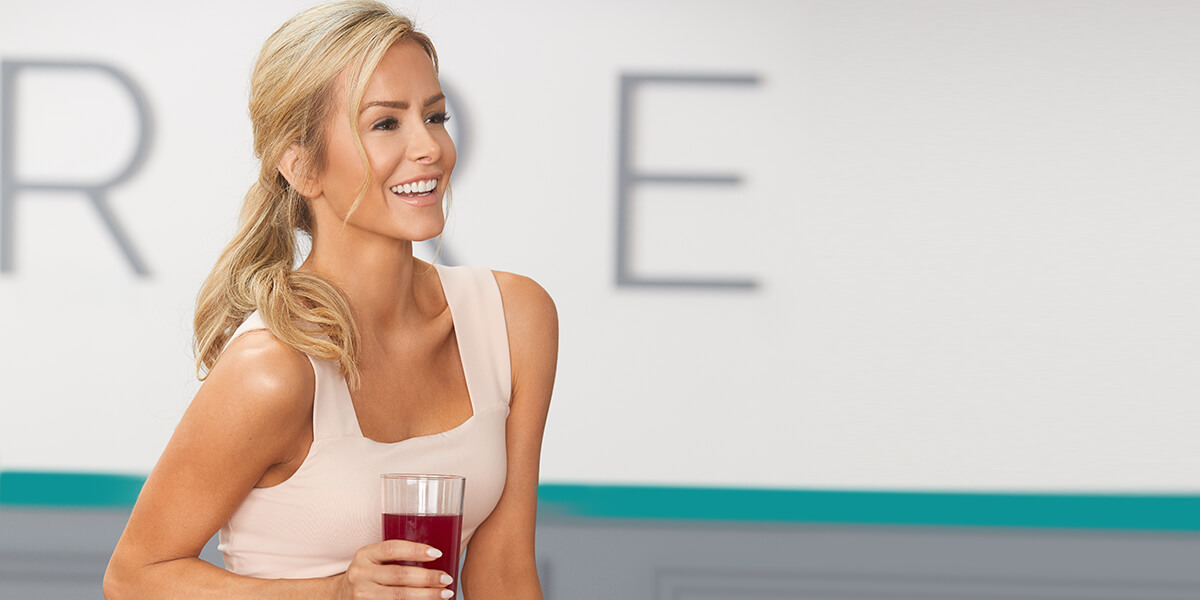 Ladder Pre-Workout has just 25 calories, and five to six grams of carbohydrate per scoop (depending on the flavor) — but it still packs a huge punch. Its ingredients enhances your workouts in a few ways:

Ladder Pre-Workout contains beta-alanine, a precursor to carnosine, which helps fend off acid buildup in the muscles. That helps you to go harder, longer, whether you’re lifting weights or doing a HIIT and Abs workout on Openfit Live.

The benefits of beta-alanine aren’t instantaneous, however. “It takes about 30 days to build sufficient levels of beta-alanine in your system,” Thieme says,” so it’s important to be consistent with it.” And one possible side effect, says Thieme, is a mild tingling sensation on your skin. It’s harmless and temporary, but if it occurs and it bothers you, dial back your serving.

Whether it’s in your coffee or in your pre-workout, caffeine provides a boost of energy and a shot of focus and mental acuity. Studies have indicated it may also kick up endurance as well.

It may be old-school, but caffeine is one of the few established performance-enhancers that’s cheap, effective, and legal. Ladder Pre-Workout also provides 100 mg of all-natural caffeine derived from green tea leaves — about what you get from a cup of coffee. It also has 250mg of theanine to help fight fatiuge without the jitters and “crash.” 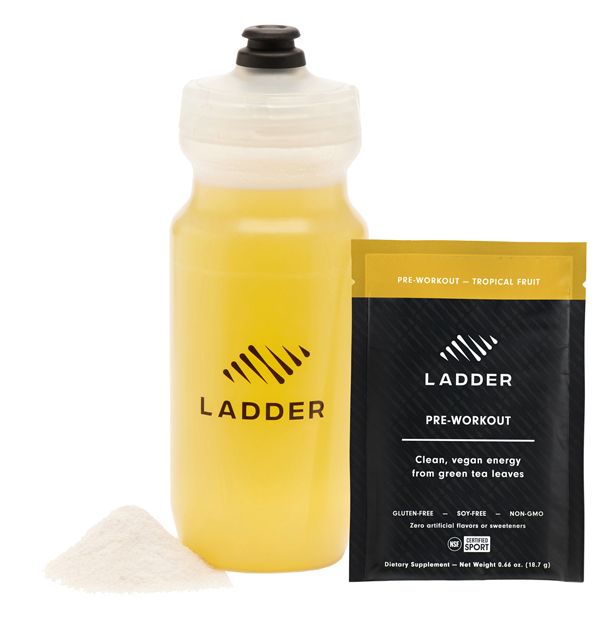 With 30 to 60 minutes to go before exercise, mix 1 level scoop of Ladder Pre-Workout with 8 to 12 ounces of water. Start with 1 scoop to assess your tolerance. If that goes well, increase to 2 scoops per serving and mix with 20 to 24 ounces of water. Do not exceed 2 scoops at one time, not more than twice daily, and at least 4 hours apart.

Other Uses for Ladder Pre-Workout

Pre-workout isn’t the only time to take advantage of Ladder Pre-Workout: Try it any time you need a boost in focus, clarity, and energy.* But remember: Don’t exceed the recommended daily serving.

Here are some prime times to fuel up.

Max-effort lift. Testing your pull-up PR, your max-effort deadlift, or some other key lift? Ladder Pre-Workout ensures that you’re able to give it your all. A 2016 study found that athletes performed measurably better during certain lifting workouts when they consumed a caffeinated beverage beforehand.

Afternoon slump. Does 3 p.m. hit you like a wrecking ball? Head it off with a serving of Ladder Pre-Workout. A 2016 review found that caffeine helps maintain physical and cognitive abilities during times of reduced sleep.

Endurance event. Hitting the trail for a run, or going for a long ride? Ladder Pre-Workout can help make your session feel less arduous. A 2019 review found that cyclists who consumed caffeine prior to participating in a time trial improved performance by roughly 5 percent over a placebo.*

In all of these cases, time your consumption so that your levels peak at the appropriate time. If you’re taking a two-hour bike ride, for instance, then Fueling up before you saddle up probably works just fine since you’ll still be on the bike when your blood levels hit their peak. But if you’re going for a one-and-done pull-up test, throw back a serving about 45 minutes beforehand so you derive maximal benefits at the right time.

When NOT to Take Ladder Pre-Workout

Caffeine can affect alertness for many hours (its half-life, or the time it takes your body to metabolize just half a serving, can be up to five hours). So if you’re sensitive to it, Trevor Thieme, C.S.C.S. and director of fitness and nutrition content for Openfit says, “Start with a minimal dose.”

We're welcoming another Openfit trainer to the team: Kelsey Heenan! Learn more about Kelsey and her persona...

Take your health and fitness game to the next level with Ladder supplements, now brought to you by Openfit!

Why Does Beta-Alanine Make You Itch? Can You Stop the Tingle?

If you've experienced the beta-alanine itch or beta-alanine tingle, you're probably curious why it happens ...

Get Excited for Breakfast with This Chocolate Strawberry Protein Shake

This chocolate strawberry smoothie has 22 grams of protein, 9 grams of fiber, and 6 grams of healthy fat, a...

We're welcoming another Openfit trainer to the team: Kelsey Heenan! Learn more about Kelsey and her persona...

Work Out With Actress Shay Mitchell in 4 Weeks of Focus, Exclusively on Openfit!

Shay Mitchell is joining Openfit teammates in an exclusive, real-time training program. Follow along with S...

The 6 Best Portable Ballet Barres for Your XB Workouts

If you want to take your barre game to the next level, it's time to invest in a barre! Here are some of the...