What You Need to Know About the Mono Diet

If you’ve done any research on losing weight, you’ve probably heard about the mono diet. One of the top 10 most Googled diets of 2016, the mono diet has nothing to do with the “kissing disease.” Instead, it involves eating just one food or food group as a way to lose weight.

The mono diet has mondo online popularity, thanks in part to buzz from bloggers like Freelee the Banana Girl. This Australian YouTuber is known for touting raw food diets and mono meals — and eating only bananas for days at a time (yikes!).

While the idea of eating only one food for any length of time probably doesn’t appeal to most of people, the potential weight-loss results might seem tempting. But is a mono diet even healthy? Could it hurt more than it helps? We talked to nutrition experts to get to the bottom of this diet trend.

What Is the Mono Diet?

There are two different takes on the mono diet, says Paige Benté, M.S., R.D., C.S.S.D.. “One take that’s not safe and not recommended is where you’re literally only eating one food group,” she says. “So, you would be a fruitarian, and all you eat is fruit.”

That could be as extreme as Freelee’s banana diet, or it could mean eating oranges for breakfast, strawberries for lunch, bananas as a snack, and apples for dinner, for example. This niche diet doesn’t seem to have strict guidelines other than restricting the number of food groups, says Benté.

What Are Mono Meals?

The other approach to this diet is eating mono meals, or eating one food, macronutrient, or food group at each meal. “That could be only protein at breakfast,” Benté says. “Then for lunch, you might only eat fruit, and then for dinner you may only eat vegetables.”

There’s also a mono raw diet, in which you can eat raw fruits or veggies for any meal, says Benté. Sound confusing? “That’s because people are making it up as they go,” she says. There doesn’t seem to be any one definition of the mono diet, mono raw diet, mono fruit diet, or even how to eat mono meals.

As with a lot of diets, the rationale behind a mono diet is to “put really rigid structure around eating,” says Sonya Angelone, M.S., R.D.N, and a spokesperson for the Academy of Nutrition and Dietetics. “Diets are just rules that people try to follow, and sometimes the stricter the rules, the easier it is to follow because there are fewer choices and decisions to make during the day.”

Making all of those eating decisions is challenging for people, says Angelone, a San Francisco Bay Area-based nutritionist. Research from Cornell University found that people make more than 200 food decisions every day.

“When you have a mono fruit diet, there just aren’t decisions to make,” she says. “All you’re eating today is bananas, or simply fruit. It takes some of that stress away of having to make food decisions, having to say ‘yes’ or ‘no’ to certain things. It just becomes very automated.” While that is a benefit, says Angelone, she would not recommend the mono diet to her clients.

If you follow the mono diet by eating only one food group per meal, it is possible to eat an overall balanced diet that way, according to Benté. “You can do it and get all your macro and micronutrients,” she says, adding a caveat: “It just has to be very well-planned.”

But safety aside, a mono diet sounds really boring, she adds. “Who wants to eat just two chicken breasts for lunch and then just kale for dinner?” 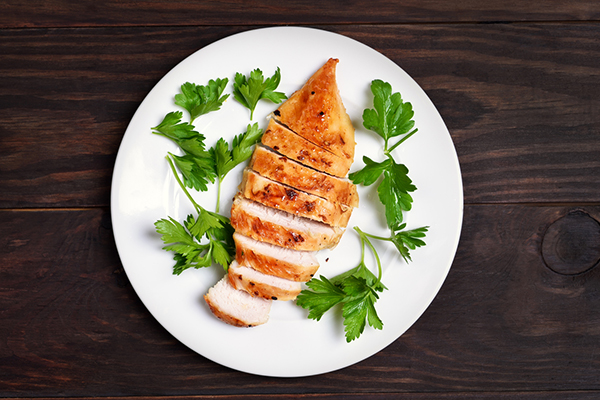 So why do it? Benté says the argument she’s heard for eating a mono food diet is incorrect but could sound enticing. The claim is that your body can release the correct digestive enzymes so that you’ll digest a food more fully or that this eating pattern helps burn more fat..

But that thinking — dispensed by vloggers and bloggers not doctors or dietitians — is wrong, Benté says.

“Our bodies are adapted to digest proteins, fats, and carbs all together,” she says.“We’ve made it this many millennia doing that, so to say that it’s necessary to only eat one food at every meal is silly.”

In some cases, mono meals may actually limit how much of a nutrient you’re absorbing. For example, the plant-based iron from beans is better absorbed when you pair it with a food that contains vitamin C, like bell peppers, says Angelone.

Can I Lose Weight on a Mono Diet?

“If you eat one food, you’re probably going to lose weight,” says Benté. She and Angelone agree that you’re likely going to get sick of any one food, so you’re going to eat less.

Interpreted that way, the mono diet is just that — a diet. “It’s not sustainable because you’re not getting all of the macro and micronutrients, so you’re not going to be able to stick with it,” Benté says.

When you’re drastically cutting calories because you’re sick of eating bananas, the problem is that your body doesn’t just let that happen without consequences, says Angelone. Your body thinks it’s being starved, so it releases certain hormones that can lead to a less active thyroid, thus decreasing your metabolism, says Angelone.

“Then, once you start eating a little bit more — because you can only stay on a mono diet so long — your metabolism is depressed, and now you gain weight,” she says. “The best way to really, truly lose weight and keep it off is to change your lifestyle and your habits.”

Eating mono meals could lead to loss of muscle mass, impaired brain function, and a compromised immune system, not to mention fatigue and irritability if you’re hungry all the time. (See: 10 Reasons Why You Feel Like You’re Always Hungry.)

No matter which food group you pick, you’re going to be missing out on other macronutrients, says Benté. “If you’re eating non-starchy vegetables, you’re not going to get enough protein to sustain your muscle mass, and you’re going to wither away,” she says. “You’re also not going to get enough calories to sustain your weight or really enough carbohydrates to maintain proper brain function.”

Angelone warns that when you’re not getting enough protein, your body starts breaking down your own muscles to get those amino acids (the building blocks of protein) into your blood so they can be used for essential body functions.

Your digestion could also be compromised, says Benté. For example, if you eat protein-based mono meals with a lot of meat, you’re not going to get enough fiber, which can cause gastrointestinal issues like constipation and bloating. Eliminating any macronutrient would cause its own set of issues, as there’s no single food or food group that can provide all you need.

“Every one of the food groups corners the market on a specific micronutrient or macronutrient,” says Benté. “That’s why it’s really important that we eat a balanced diet. I don’t ever tell people to cut out a food group completely. There’s always a balance between proteins, fats, and carbohydrates.”

And then there’s the issue of portion control, one of the biggest problems that people have when it comes to weight loss and weight maintenance. With mono diets, you really have no concept of portion control, says Benté. “We really try to teach people about appropriate portions and the balance between the different foods,” she says.

That’s not happening at all with a mono diet. “The mono diet is a crash diet that’s not sustainable,” Benté says. “And depending on which foods you pick, it could lead to deficiencies in the long run.”