What NOT to Eat Before a Yoga Class (For Everybody's Sake)

“When practicing yoga, it’s best to have a relatively empty stomach, avoiding heavy meals and hard-to-digest foods,” says Kaleigh Walker, NSCA-CPT, Yoga Alliance certified, and IIN certified nutrition coach. She recommends withholding yoga two to three hours after a meal if you’re practicing in the afternoon or evening, or have something light and easy to digest 15 minutes before a morning session. With the amount of twists, bends, and core work yoga involves, eating the wrong foods beforehand can mess with your digestion, leading to “uncomfortable gurgling, bloating, and gas,” Walker adds.

If you want to avoid discomfort, bloating, and other yogis scooching their mats to the far corners of the room, read on to find out what not to eat before a yoga class.

What Not to Eat Before Yoga

Since it wouldn’t be very helpful to tell you what to avoid and just drop the mic, we’ve provided alternatives that should better suit your yoga practice. 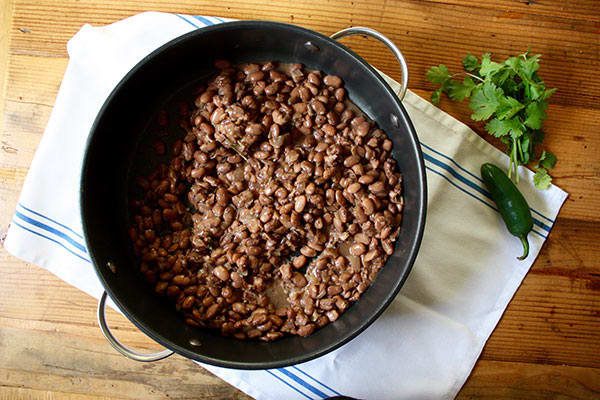 You know the classic song: “Beans, beans, the magical fruit / The more you eat, the less likely you are to be allowed back into your yoga studio.” Though beans are a nutrient-packed source of fiber, they also contain raffinose, which can cause unwanted flatulence (i.e. a big yogic bummer).

Eat this instead: Banana with a tablespoon of almond butter

As the banana’s sugars give you a quick source of energy, healthy fats from the almond butter will slow your digestion of glucose so you don’t crash midway through your session. 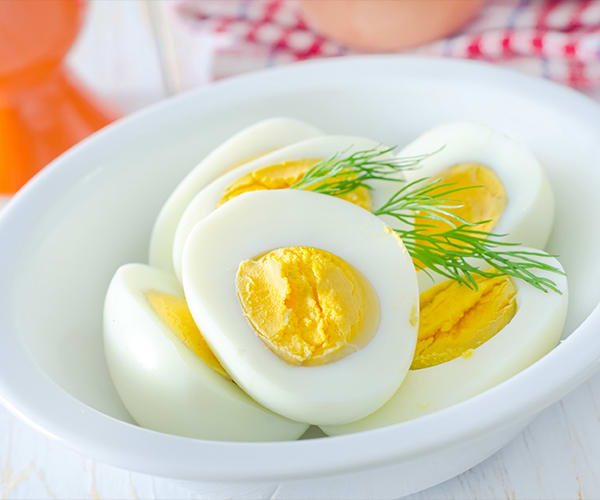 Do you want to smell like an oil refinery? Unless you want to rip noxious fumes, eggs should not be part of your pre-yoga food ritual. Their sulfur content causes a foul-smelling odor when released, so it’s best to avoid at least two to three hours beforehand, says Walker.

Eat this instead: Green juice or smoothie

“I love having a green juice or smoothie before my practice to give me quick energy that usually digests about 15 minutes after I consume it. It also gives you extra hydration with the added water content,” advises Walker. 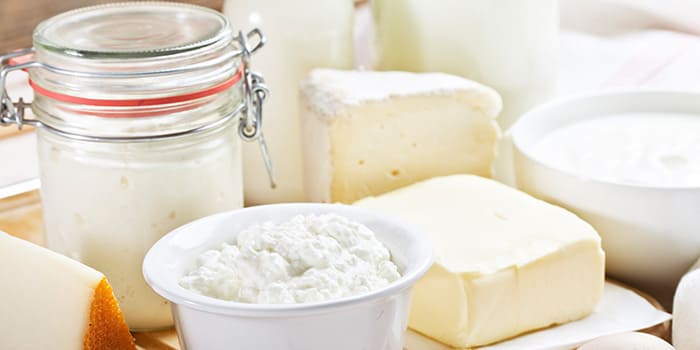 Unless you’re a newborn baby, there’s no reason to be drinking milk before a session. “If you’ve ever experienced gurgling, gas, or bloating when you eat cheese, yogurt, or dairy, you may be among the 30 to 50 million Americans who lack the enzyme, lactase, needed to digest lactose,” explains Walker.

Eat this instead: Coconut milk yogurt

If you’re craving something creamy, try a dairy-free coconut milk yogurt, which is “easier on the body and just as tasty,” says Walker. Avoid yogurts that are too sugary, as some sugars can have a gassy effect. 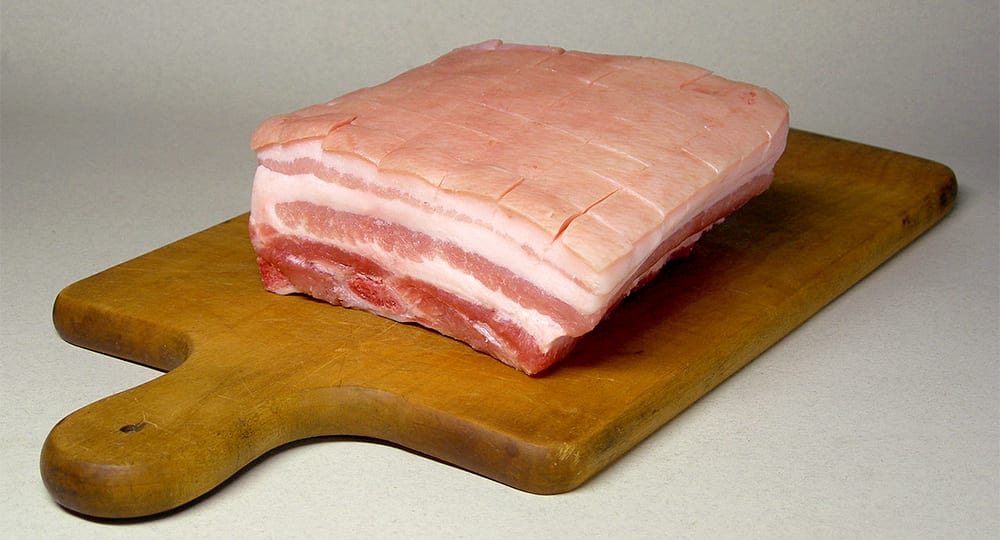 Before a yoga class you want to feel light, energetic, and focused. Eating heavy, fatty meats has the opposite effect.

“Your body has to break down the complex amino acid chain from meat and restring the protein chains specific to humans. The entire process takes a lot longer than most plant-based foods do to digest,” explains Walker. “Since digestion requires a lot of the body’s energy, it can make you feel sluggish and tired, which is the exact opposite feeling you want to experience during a yoga class.”

Eat this instead: A piece of fruit

Instead, Walker opts for an apple or banana 15 minutes before yoga for an easily digestible, quick source of energy. The fiber in these fruits will help to maintain your blood sugar levels so you don’t end up losing steam. 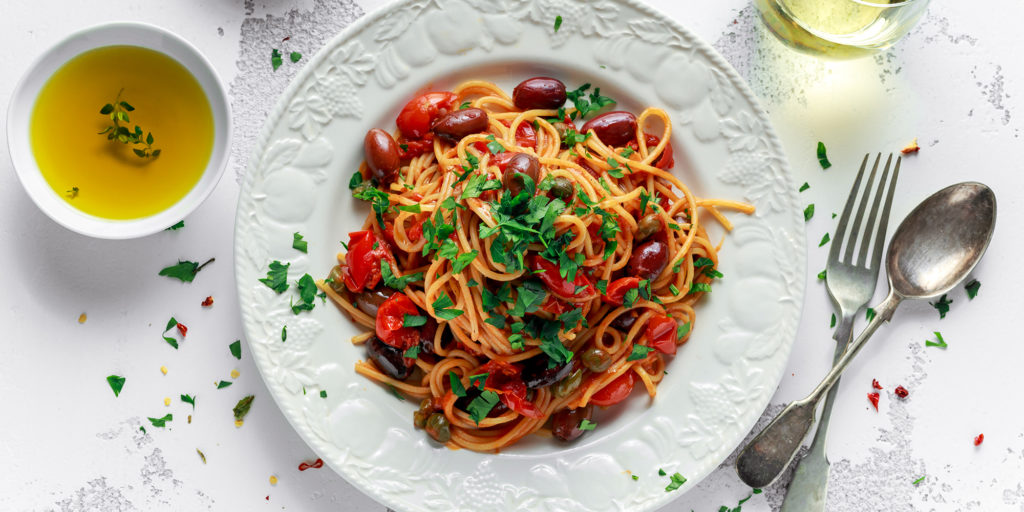 It’s not “bring your food baby to yoga day,” any day. Refined, white pasta can lead to a quick sugar spike, says Walker, and can further leave you feeling bloated, sluggish, and anything but zen for your yoga session.

Eat this instead: Oatmeal

If you’re deciding what to eat before yoga and need something more substantial, go for a serving of oatmeal. Walker says, “Plain, gluten-free oatmeal has an abundance of healthy fiber that will make you feel full and satiated” without causing bloat. “It’s also a good source of magnesium.”

What Should I Eat After Yoga?

Don’t forget to refuel! After sweating for an hour, especially in a hot yoga class, you’ll probably feel like you need an IV drip of hydration. “I suggest drinking 8-16 oz. filtered water, electrolyte water, or coconut water post-class to help with headaches and cramping. You can also eat an abundance of fresh veggies to increase your water intake in addition to a healthy carb and protein,” advises Walker.

Some of her favorite post-yoga snacks include:

“If you’re eating a meal after, stick with a lot of fresh veggies, a healthy carb like quinoa or wild rice, and a lean protein like salmon,” she adds.

Of course, you can avoid any gastrointestinal embarrassment by practicing at home with Openfit. Yoga52 is a collection of 52 elegantly-produced yoga classes from beginner to expert taught by five of the world’s leading yoga instructors.