What Is Runner's High? 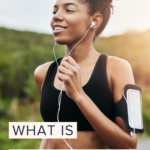 Whether you’re a longtime runner or you’ve just recently taken up running for weight loss, you’ve probably heard of a legendary phenomenon called the “runner’s high.” Supposedly this feeling can make running not only enjoyable, but downright euphoric — at least temporarily.

But if running still feels like a struggle to you, you may wonder if a runner’s high is just a myth. Good news: It’s not. So what is a runner’s high — and how do you achieve it? Here’s the lowdown.

Get a runner’s high any time with 5k training and live running workouts on Openfit. Try it for free!

What Is a Runner’s High?

A runner’s high is a sense of elation that sometimes hits runners a few miles into a run — though in spite of the name, you can actually achieve a runner’s high through any form of steady-state cardio (think: swimming and cycling).

What does a runner’s high feel like? “People report having a sense of calm and mindfulness, and that their thoughts become streamlined in an unconscious ‘zone,'” says Michele Olson, Ph.D., F.A.C.S.M., C.S.C.S., senior clinical professor in the department of sport science and physical education at Huntingdon College in Montgomery, Alabama.

Think of a runner’s high as a zen-like feeling — relaxed yet powerful, as if you could run forever, Olson says.

What Causes a Runner’s High? 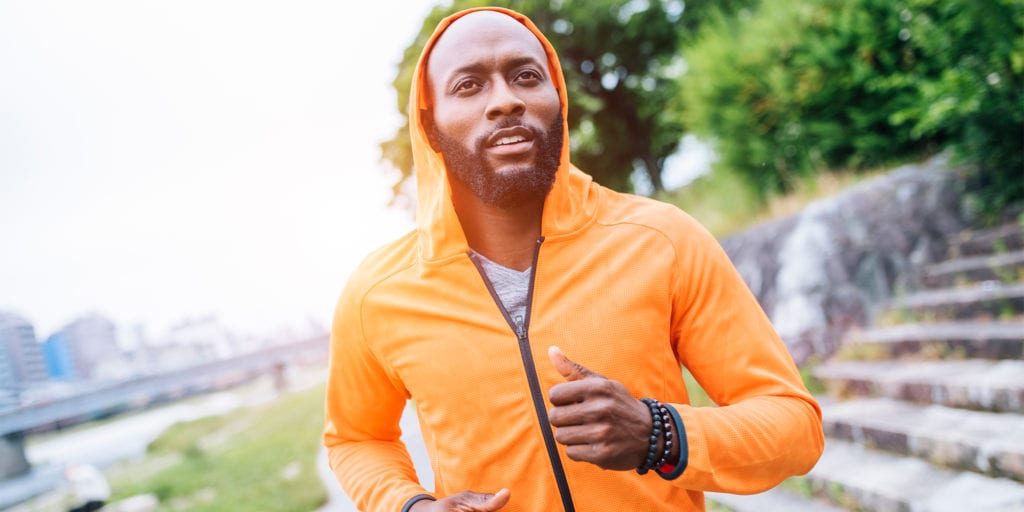 You can thank your body’s natural pharmacy for this feel-good rush.

For decades, two chemicals — endorphins and dopamine — got most of the credit for causing a runner’s high. Exercise has long been linked to higher levels of endorphins — natural morphine-like hormones that fight and dull pain — in the body. And exercise can also modulate levels of dopamine, a neurotransmitter that gives us feel-good sensations.

According to Olson, our bodies release these chemicals when we push ourselves harder than usual. This worked to our advantage in the hunter-gatherer days when we needed to escape danger or remain active for extended periods of time while foraging for food, but it’s also helpful for getting through a tough workout.

A runner’s high “reduces the feeling of pain, so you can continue to push yourself [during an intense effort],” says Carrie Cheadle, M.A., mental skills coach and co-author of Rebound: Training Your Mind to Bounce Back Stronger from Sports Injuries.

But recent research on rodents reveals a third chemical may play a key role in triggering a runner’s high: endocannabinoids.

According to Olson, endocannabinoids are “short-order” neurotransmitters. “They’re produced and released on demand, only when the body signals that they are needed, such as during transient periods of pain or body stress,” Olson explains.

When released, endocannabinoids create a relaxing effect similar to the effects of cannabis — aka marijuana — no puffing needed.

How Do You Achieve a Runner’s High?

In order to experience the legendary runner’s high, you’ll most likely have to nail one of two exercise scenarios: prolonged steady-state cardio or high-intensity intervals that have you exercising at close to your maximum heart rate.

If you’re doing steady-state cardio, the duration needs to be long enough to be challenging (typically an hour or more). On a short run, Olson explains, a seasoned runner probably won’t experience a runner’s high because their bodies don’t need endorphins or endocannabinoids to help them complete it. “But when a run becomes long, your body is pushed way out of its comfort zone and needs help from these chemicals,” Olson says.

A recent study by Finnish researchers suggests that high-intensity workouts might trigger the release of even more feel-good hormones than steady-state workouts, but they also noted that when participants engaged in the high-intensity protocols, they were also more likely to report pain, exhaustion, and tension. The takeaway: If you ramp up intensity to the point where it’s making you miserable, you could knock yourself right out of that runner’s high, Cheadle notes.

But even if you strike the perfect balance, there’s no guarantee you’ll experience a runner’s high: “It’s not a given that you’ll get the ‘high,’ even if you’re duplicating a previous run during which you experienced it,” says Janet Hamilton, M.A., C.S.C.S., registered clinical exercise physiologist and owner of Running Strong in Stockbridge, Georgia.

To increase your odds, aim for steady-state cardio at a moderate intensity for an hour or more. (On a scale of 1 to 10, where 10 is maximum effort, moderate intensity should feel like a 5 or 6.) Or, if you prefer HIIT (high-intensity interval training), Olson suggests pushing yourself to the point where you feel thoroughly challenged, but not to the extent that you’re hating every second.

If you’re new to running — or to fitness in general — keep in mind you’re unlikely to experience a runner’s high right off the bat. The reason: It will likely take you a while to become fit enough to exercise long or hard enough to need those chemicals, Cheadle says.

Bottom line: If you want to experience a runner’s high, get ready to put in quite a bit of work.

Lauren Bedosky is an experienced health and fitness writer who specializes in running, strength training, sports nutrition, and injury prevention. She writes for a variety of companies and publications, including Men’s Health, MyFitnessPal, Everyday Health, and BlueCross BlueShield. She lives in Brooklyn Park, Minnesota, with her husband and their three dogs. You can find here on Twitter here.

The Best Night Running Gear for 2021

If you exercise at night, you probably know the struggles of running in the dark. So here's some of the mos...

Walking vs. Running: Which Exercise Is Right for You?

Walking and running are pretty familiar exercises to most people. But which one is right for you? Here's ou...

Strike a Pose! Become a Better Runner With the Pose Method

If you're starting to get serious about running, try the Pose Method! Pose running was created to increase ...

Why Your Heart Rate Stays High After Working Out

Q&A concerning why your heart rate stays high after working out. Steve Edwards explains why these strategie...