Curcumin: The Lesser-known Supplement from a Common Spice

In recent years, curcumin has excited both cooks and scientists. It’s the main active ingredient in turmeric, a common spice that’s a staple of Indian food and other dishes. And researchers say it might have the potential to impact your fitness goals.

For more health and nutrition info sign up for Openfit for free today!

Curcumin is a yellow compound known as a polyphenol, a micronutrient that comes from plants. Curcumin is well regarded for its antioxidant-like compounds. Studies suggest supplementing with curcumin may have health benefits, some of which may be associated with weight maintenance and joint health.

Is Curcumin the Same as Turmeric?

Curcumin is the most active compound in the spice turmeric. You can consume it as part of the spice, or take a curcumin herbal supplement.

The amount of curcumin in turmeric is relatively small: Turmeric is only about 3% curcumin. And researchers say that taking curcumin by itself isn’t optimal, because it has low bioavailability (the ability to be absorbed by the body) and is metabolized and eliminated quickly.

But taking another compound with curcumin — such as piperine, which is found in black pepper — may help increase curcumin’s bioavailability. In a 2017 study, only a 20-to-1 ratio of curcumin to black pepper is necessary to achieve that effect.

What Are the Benefits of Curcumin?

In a 2014 study published in the Journal of the International Society of Sports Nutrition, researchers found an association between the participants who supplemented with curcumin and markers of muscle recovery.

These markers may impact post-workout muscle damage, and a 2015 study suggests that curcumin supplementation might have the potential to help aid in post-exercise muscle soreness and muscle recovery.

2. Turmeric may help with weight management

A small study had a group of people — who had been working to reduce their weight via diet and exercise for 30 days — take bioavailable curcumin for a month.

“Although preliminary,” the study reads, “our findings suggest that a bioavailable form of curcumin is well-tolerated and can positively influence weight management in overweight people.”

Researchers noted larger studies are needed to confirm these results and further clarify the mechanism of action of curcumin.

Compared to a group who took a supplement that didn’t include curcumin, participants who took a curcumin supplement experienced increased:

Participants in this study were working to reduce their weight via diet and exercise.

What Are the Side Effects of Curcumin? 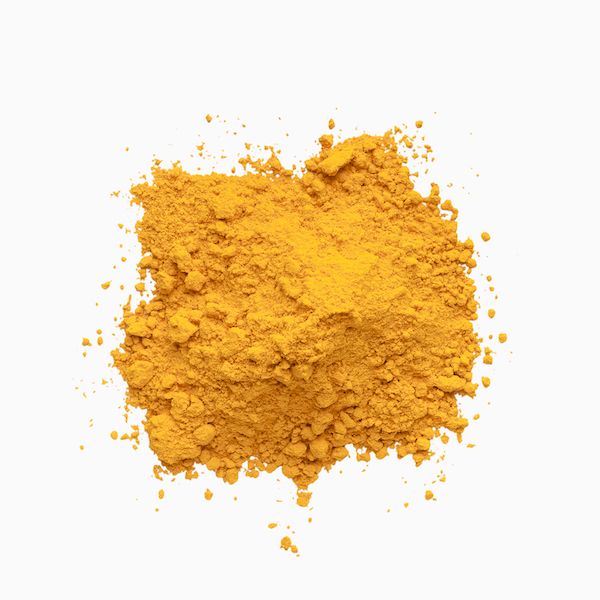 Turmeric is generally recognized as safe (GRAS) by the FDA. Even at very high amounts (about 6,000 or more milligrams daily), a clinical trial found no serious risks associated with curcumin. In a 2019 study published in the journal Nutrients, researchers said doses of up to 12 grams of curcumin daily were “safe, tolerable and non-toxic.”

There are a few things to be aware of before starting curcumin supplementation. Some people have reported gastrointestinal upset when taking curcumin.

And research has demonstrated that curcumin can also interfere with some drugs, including anticoagulants. Always consult your healthcare provider about the medications and supplements you’re currently taking before trying a new supplement.

Where Can You Find Curcumin?

You can find Curcumin supplements online, at your local health food store, and many mainstream pharmacies and supermarkets.