What Exactly Is Nutritional Yeast and How Do You Cook with It?

Recently, in the middle of the workday (and a major comfort-food craving), I searched the Internet for a healthy macaroni and cheese recipe. I wanted something warm and gooey, but also something that wouldn’t wreck my diet…and what I quickly found was something called “nutritional yeast.”

Yeast? In a pasta dish?

Many of the tastiest, healthiest recipes that I stumbled across called for nutritional yeast, which didn’t quite fit in with the low-fat cheeses and whole-wheat pastas that I expected to find. I assumed it wasn’t the same yeast that I associated with bread and beer, but I still didn’t know what it really was.

My original search for mac and cheese was quickly put on the back burner as I set out on a search to learn more about nutritional yeast. 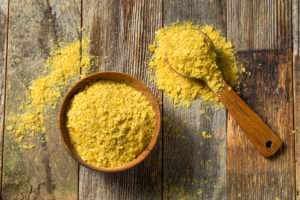 When you purchase nutritional yeast at your local health food store, it comes in a powdered form. Years ago, it was used in blended protein drinks or used as a natural energy drink, but once health-savvy home chefs discovered its rich, cheese-like flavor, they started using it to recreate healthy versions of “cheat” meals.

The Health Benefits of Nutritional Yeast 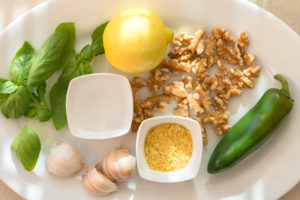 1. Nutritional yeast is a good source of protein

Nutritional yeast is a good source of protein, containing 5 grams of protein per tablespoon. That’s great news for vegetarians and vegans because protein is the macronutrient responsible for repairing body tissues, helping your body break down and digest food, and assisting in normal growth and development.

It also provides a number of nutrients, including B-vitamins, calcium, iron, and other important vitamins and minerals.

“If you’re vegan, nutritional yeast is a good thing to add to your diet,” says Quyen Vu, an Openfit culinary nutrition specialist. “Most B vitamins are found in meat products.”

B vitamins play a key role in healthy cell development, production of amino acids and may provide several benefits for women. 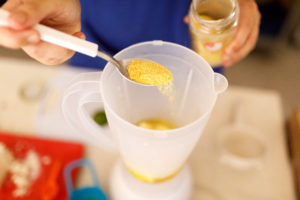 Although our bodies produce monocytes naturally, one study has shown that baker’s yeast increased the production of monocytes, which may help with a quicker recovery time if you’re sick. Because a previous study showed that a person’s risk of contracting an illness normally increases after strenuous exercise, this may be a beneficial finding to athletes and anyone who frequently performs high-intensity physical activity.

Olympic marathon runner Kara Goucher frequently posts recipes using this flavorful superfood on her Facebook page. Her salads topped with nutritional yeast instead of high-fat cheeses are an easy way to add both flavor and nutrients to your diet.

How to Eat Nutritional Yeast 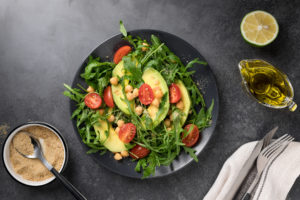 Now that you know about the health benefits of nutritional yeast try testing it in your kitchen. Cheese lovers will be happy to know that this powdery, crumbly substance can be used just about anywhere that you would normally use grated cheese.

Here are just a few ways to eat nutritional yeast:

How to Store Nutritional Yeast 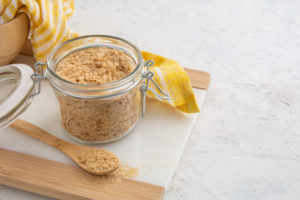 We have great news for anyone who constantly throws away spoiled food: nutritional yeast is shelf-stable. That means an airtight container, or just the resealable bag that most nutritional yeast comes in, are fine options for storage.

“Just keep it in a cool, dry place,” Vu says. “I keep mine in the pantry, but the refrigerator is also fine.”