What Are Trans Fats and Why Are They So Bad?

Trans fats are a type of fatty acid that have been molecularly reconfigured to act more like saturated fat, making them more solid at room temperature. This process extends the shelf life of foods containing trans fats, saving inventory and, ultimately, money.

While trans fats do occur naturally in some foods, such as meat and milk products, they entered the food system in a big way in the early 1900s, when the chemical process of hydrogenation was invented.

By that time it was long recognized that limiting animal fats and favoring vegetable fats supports heart health and healthy cholesterol levels. But vegetable oils spoil faster, so researchers developed hydrogenation to alter their chemical structure and extend their shelf life.

The result of this alteration (into what is called a “trans” chemical structure) was vegetable shortening. By the 1960s, hydrogenated vegetable oil was in widespread use by food manufacturers, fast-food restaurants, and even home cooks.

This new, chemically altered oil not only held benefits for cooking (like flakier pie crusts), it solved a major problem in the food industry. Baked and fried goods now enjoyed longer shelf lives. Plus, it was cheap.

But everything has a price.

Are Trans Fats Bad for You?

While most aspects of nutrition are up for debate, the experts agree on this one: Trans fats are harmful to our health. Trans fats can increase LDL (“bad”) cholesterol, says James Marin, R.D., a dietitian based in Orange County, California. Trans fat also lowers “good” HDL cholesterol, whose function is to mop up excess fat lingering in the blood.

By the 1990s, the World Health Organization started warning us to reduce intake of trans fats, and, in 2006, the New York City Health Department banned their use in restaurants. The U.S. Food and Drug Administration (FDA) followed suit in 2015, determining that partially hydrogenated oils, which were the primary source of artificial trans fats in processed foods, were no longer considered safe for use in human food.

What about natural trans fats?

Even if a food doesn’t contain any partially hydrogenated oils, trans fat content is still required on labels. That’s because it’s naturally found in foods from some animals, such as cows and goats.

Are natural trans fats a safer form than the chemically modified variety? Maybe, but maybe not. “Most of the research suggests that natural sources of trans fat may not hurt your health if consumed in small amounts,” says Maguire.

“But if these foods are consumed in large amounts, then there may be negative cardiovascular effects similar to those from the man-made, partially hydrogenated oils found in packaged and processed foods.” That means you shouldn’t swap beef tallow or lard for shortening and margarine. 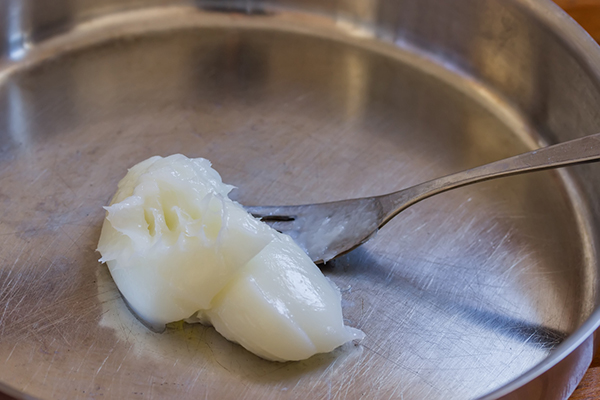 Dietary fats consist of different configurations of “fatty acids,” which are found in animal products as well as plant foods. A fat’s chemical structure affects its physical and culinary characteristics, and dictates how it’s classified.

Saturated fats, such as palmitic acid and stearic acid, most often come from animal sources like meat and dairy. They can also be found in some vegetable oils, like coconut and palm. Their structure makes them solid at room temperature (think butter and lard).

Unsaturated fats, known as “healthy” fats, are divided into monounsaturated and polyunsaturated types, which differ in their chemical bond structures. These are generally liquid at room temperature, and are found more predominantly in plant foods like olives, avocados, nuts, and seeds.

Saturated fat’s solidity at room temperature makes it more resistant to spoilage, whereas unsaturated fats are more liquid and susceptible to turning rancid. That’s why you can open a bottle of sesame oil that’s been in the cupboard for too long and immediately notice that it smells “off.” Enter trans fats, which were largely the invention of food manufacturers.

Trans fats strike a structural middle ground between saturated and unsaturated fat, with a man-made process that converts liquid oil into a solid. The result is a shelf-stable fat that’s no longer allowed in products (with rare exceptions). 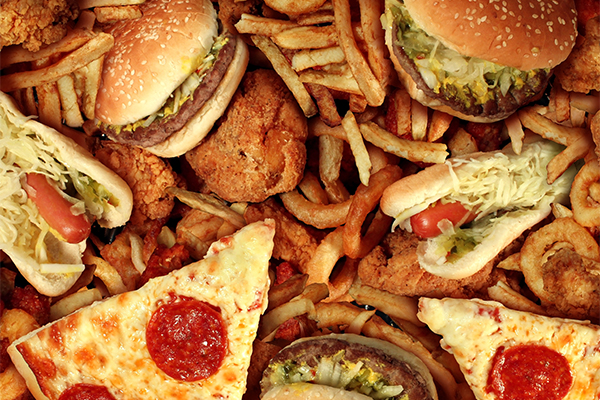 Ready to clear your diet of trans fats? Find out which common foods high in trans fats might be in your pantry or fridge right now.

Since the FDA started sounding warning bells about trans fats, food manufacturers and fast-food chains have voluntarily reduced their use of partially hydrogenated vegetable oils. But trans fats are still used in many products, such as:

Where do trans fats hide in foods?

Beyond the foods you know to contain trans fats, there are plenty more in which partially hydrogenated fats lurk. These include but are not limited to:

How to Avoid Trans Fats

Trans fats have been called “stealth fats” because they can be hidden in foods that you may regularly eat. Reading food labels may not always protect you, since gray areas in laws mean they might not be fully identified.

Theoretically, the Nutrition Facts label on most products should tell you whether a food contains trans fats or not. But the labels aren’t foolproof. Loopholes in regulations mean trans fat can still be present in foods despite a label that claims zero trans fat.

That’s because manufacturers are allowed to round down amounts. So a food that has 0.49 g trans fat per serving would carry a label that says 0 g trans fat.

“Some food producers reduce serving sizes so they can dupe consumers into thinking it’s a healthy, trans-fat-free option,” says Maguire. So if a realistic portion of a hidden source of trans fat is three servings (versus whatever the label calls a serving), you could ingest 1.5 g of trans fat from a food that claims to contain none.

And when it comes to trans fats, there appears to be no safe amount — especially where it regards heart health. So even small quantities are a concern, which is why trans fats have been banned.

Complicating efforts to avoid these fats, the FDA offers a special exception, allowing food companies to petition to use partially hydrogenated oils as additives and in other specific applications.

Many traditional trans-fat-filled foods, like margarine, reformulated their recipes and no longer contain them. But be vigilant, advises Maguire: “Since your label may read ‘0 trans fats’ but still may contain them, always look at the ingredients list. If you see any type of hydrogenated vegetable oil, that’s a red flag that trans fats are in that food.”