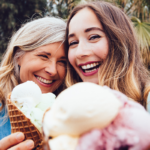 Metabolism is an evergreen fitness buzzword, and we think we have a grasp on what it means. We know, for example, that fast metabolisms are wonderful and slow ones are terrible. We know some foods and activities slow them down or speed them up. And we know that, no matter what we do, our metabolisms will eventually slow to a crawl. But at what age does your metabolism slow down?

There’s a lot to unpack there, so let’s start with the basics.

What Exactly Is Your Metabolism? 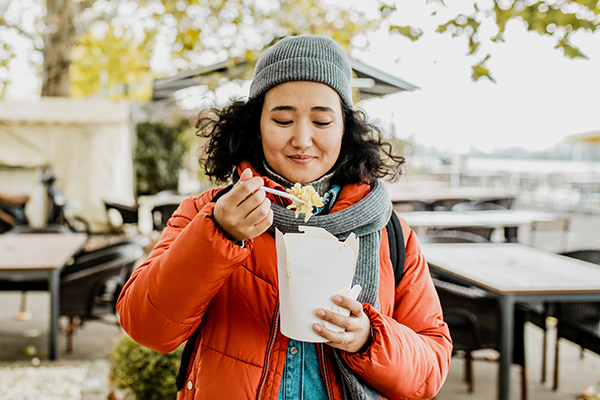 Metabolism is how your body turns what you eat and drink into energy. This usually involves breaking down food into usable, constituent parts your body can use:

These processes occur along your digestive tract. Once broken down, these smaller elements find their way into your body’s cells, where they combine with enzymes to perform any number of your body’s functions, including digestion, temperature regulation, cell repair, and muscle growth.

Fat oxidation is a catabolic process in which your fat cells are broken into fatty acids and metabolized for fuel. Muscle growth, in which amino acids combine to form proteins to help build and repair muscle tissue, is an anabolic process.

When it’s functioning well, your metabolism balances both anabolic and catabolic actions, known as homeostasis: plenty of things breaking down and building up — but the net change is zero.

Why Does Your Metabolism Slow Down?

The metabolism is often compared to an engine, humming along at a constant speed. We envy the 140-pound runner because we think she has a fast metabolism. We pity the 350-pound powerlifter, believing he has a slow one.

In truth, the metabolism is less like an engine and more like a thermostat, heating up and cooling down in response to choices you make and things you do. Four major factors determine its speed:

So if you go for a run, or have a big meal, or take a walk, your metabolism speeds up in response to your muscles’ and your digestive tract’s need for fuel. If you sit down to rest or skip a meal, it slows down.

So our assumptions about the metabolisms of our different-sized athletes, then, is backward: Assuming they’re both in homeostasis — neither losing nor gaining weight — the 350-pound strongman, who eats everything in sight, has a much faster metabolism than the 140-pound runner, who watches every bite. The bigger athlete churns through calories while the smaller one uses relatively few of them.

Stay active in 350+ weekly live classes and more than a dozen unique workout programs on Openfit! Try them all here for free.

One final factor influencing the speed of your metabolism is age. Most people believe that older people gain weight because they have slower metabolisms than younger ones.

So is it true?

How Much Does Your Metabolism Slow With Age? 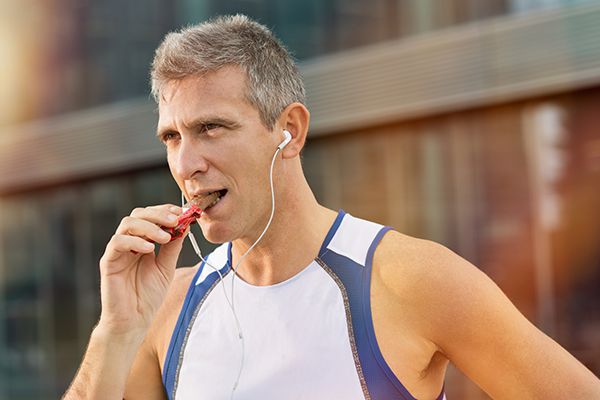 Some metabolic processes do, indeed, slow down with age. A study conducted on men showed that your sodium-potassium pumps, which play a role in muscle contraction, slow down about 20%, resulting in about 100 fewer calories burned per day. Simultaneously, the mitochondria — your cells’ engines — lose some of their efficiency, resulting in a slower caloric burn than you had at 18 or 20.

But these processes play a far smaller role in metabolic rate than the factors listed above — no matter how old you are. Another study compared the resting metabolic rates of people of various ages. And while it found that the youngest people tested burned more calories per day than the oldest ones, it also found that if you controlled for differences in gender, muscle mass, and fat, the difference decreased.

Can You Change Your Metabolism?

The message is clear: If you want to keep your metabolism humming along as you age — keep moving! Maintain a formal exercise program, and, if possible, take up active hobbies as well. The more you move in the gym and out of it, the faster your metabolism hums along. So fall in love with moving early, and keep it up for life.

Perhaps the best way to stoke the metabolic fire is with strength training, which can help combat age-related muscle loss which can then be associated with metabolic slowdown. Next up in importance is cardiovascular activity, which helps burn fat and gives your metabolism a daily kick. Finally, if you can get to it, increase your NEAT with daily walks and physical hobbies like gardening.

You can also (minimally) increase the thermic effect of food by consuming protein-rich foods. Animal products and high-protein vegetarian sources like black beans require more energy to digest than carbohydrates and fats, which require much less. So emphasize protein in your diet for an additional metabolic boost.

While we are still exploring the factors that cause your body to burn slightly fewer calories as you age, you can potentially mitigate this slowdown with the right exercise program. A slow metabolism in your later years isn’t inevitable — but it’s up to you to prevent it.