Alasdair: I'm a Fitness Trainer, and This Is What I Eat on a Vegan Diet 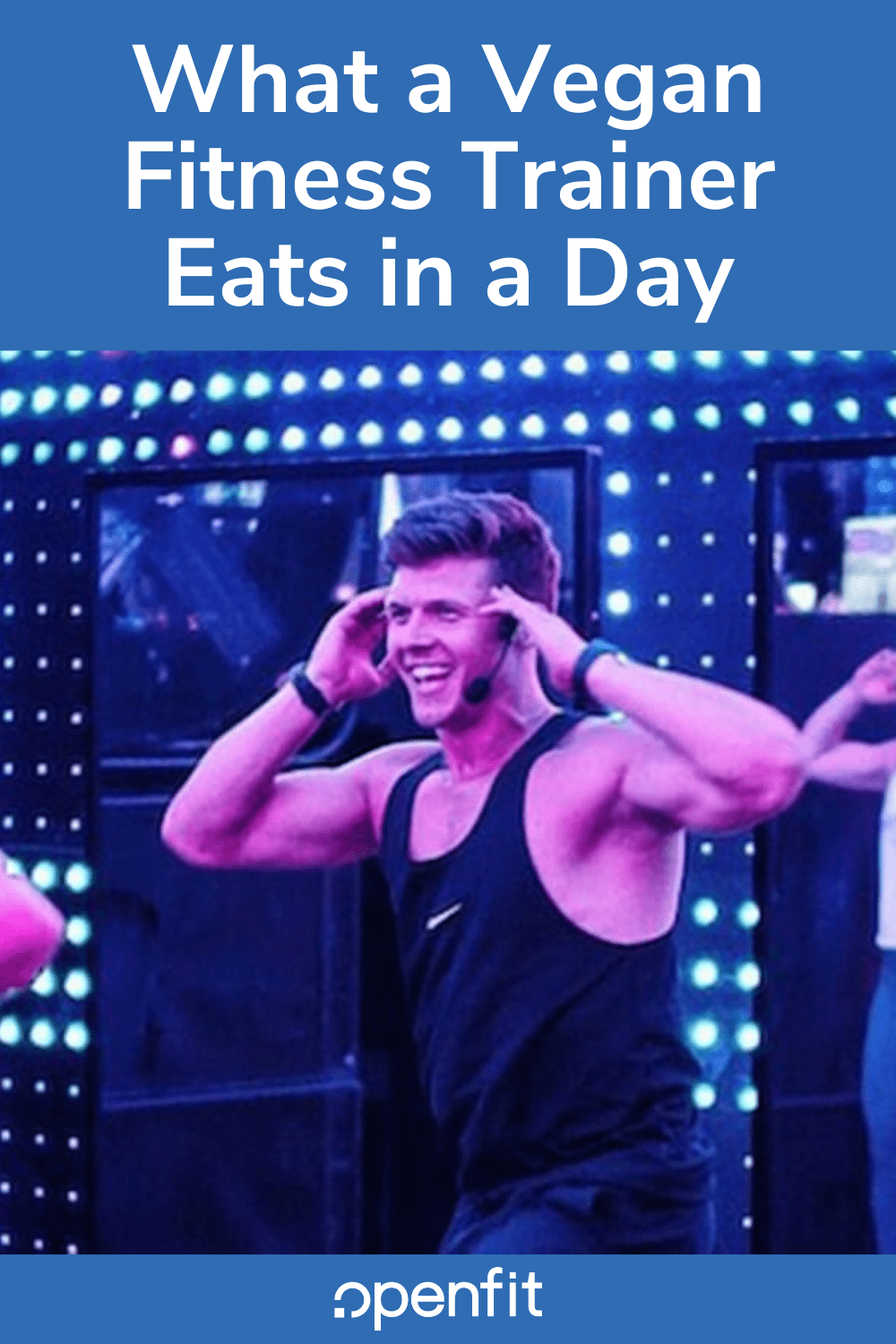 Openfit Live trainer Alasdair Fitz-Desorgher lives a pretty extraordinary life. From kayaking over waterfalls to cycling through the streets of London, he’s always staying busy with an activity. And he fuels all his adventures with a vegan diet.

Alasdair has been a vegetarian his whole life, and while his parents gave him the option to eat meat, he said, “I figured if I can survive, be healthy, eat delicious food, and not kill anything for it, then why would I eat meat?”

Sign up for Openfit for free today and try out a live class!

So what does Alasdair eat on a typical day? He shared some examples of his go-to vegan meals.

For a cooked breakfast, he makes scrambled tofu with black salt — which he says tastes just like eggs — vegan sausages, mushrooms, spinach, beans, tomatoes, and a bit of avocado.

For lunch, Alasdair eats lentil pasta with vegan pesto, and adds in tofu, peas, corn, broccoli, and cherry tomatoes. Another favorite dish is spaghetti bolognese made with either soya mince or lentils, and some green veggies on the side. For something really hearty, he opts for a bean chili with some brown rice and green veggies.

Throughout the day, he fits in healthy snacks like fruit and vegan yogurt, hummus and veggies, vegan protein shakes, or nuts. When making a smoothie, he includes berries, oats, banana, fortified oat milk, and a scoop of vegan protein powder.

“When I’m coaching back-to-back classes, I often get really peckish (but I can’t just stop for a snack mid-class) so I have LADDER Plant-Based Nutrition Shake on hand to keep me going,” Alasdair says. “And with 7 grams of fiber, it helps me feel satisfied.”

Come dinnertime, Alasdair’s favorite healthy dish is a stir fry with tempeh and all the veggies. Other nights, he’ll enjoy a big salad with tofu/tempeh/vegan ‘chicken’, or chickpea curry. And, on those more indulgent days, Alasdair will go for a vegan burger, vegan pizza, or bean burrito.

“Sometimes I get hungry again late in the evening, even after a decent dinner (especially if I’ve done a huge workout earlier in the day),” he says. “I don’t want to have anything too heavy before bed, so having LADDER Plant-Based Nutrition Shake is perfect for a small snack that can also help promote muscle growth overnight, without taking on too many extra calories.”

Other than the fact that his diet is friendly to animals, Alasdair says he just feels downright healthy on a vegan diet.

He explains that cholesterol is only found in animal products. “Your body produces just the right amount and type of its own cholesterol — it needs some for hormones and brain function. But too much of the wrong type may cause health issues.”

Fiber — which is crucial to a well-functioning digestive system and boosts good cholesterol — comes from plants, he says. “We’re meant to get somewhere around 30 grams of fiber per day. The average American gets only 16 grams, and in the UK, we’re just as bad (17g per day)!”

Plus vegetables include the carbohydrates we need to fuel our bodies, and they’re full of antioxidants and vitamins that help keep us healthy.

There are some common misconceptions about following a vegan diet. Can you get enough protein? Beans, nuts, seeds, tofu, and meat-substitutes are all fine protein sources, but even quinoa, oats, and broccoli have a fair amount too. Alasdair laughs, “Gorillas, elephants, and rhinos — the largest land mammals — are all herbivores. They’re doing alright.”

And when people say that humans are designed to eat meat, he points out, “Our digestive tract and teeth are more akin to that of a frugivore (eat mostly fruit and nuts), but we know our ancestors have eaten meat for a long time. Regardless, eating animals isn’t necessary for our health or survival anymore. But not eating them is necessary for theirs!”

While it sounds difficult to a lot of people to become a vegan, he says, “It’s easy once you get the swing of it, and you can easily lose weight too, due to the increased fiber and reduced fat!”

That being said, there are some important nutrients that we traditionally get from animal-based products. So if you decide to go vegan, make sure to seek out fortified foods or supplements that can provide things like vitamin B-12 and vitamin D.

When it comes to following a vegan diet, Alasdair simply wants to live his life as kindly as possible, and support people wanting to do the same. Feel free to ask him about it next time you’re in class. As always, he’s ready to cheer you on!