Wendy's Breakfast Menu Ranked: What Are Your Healthiest Options? 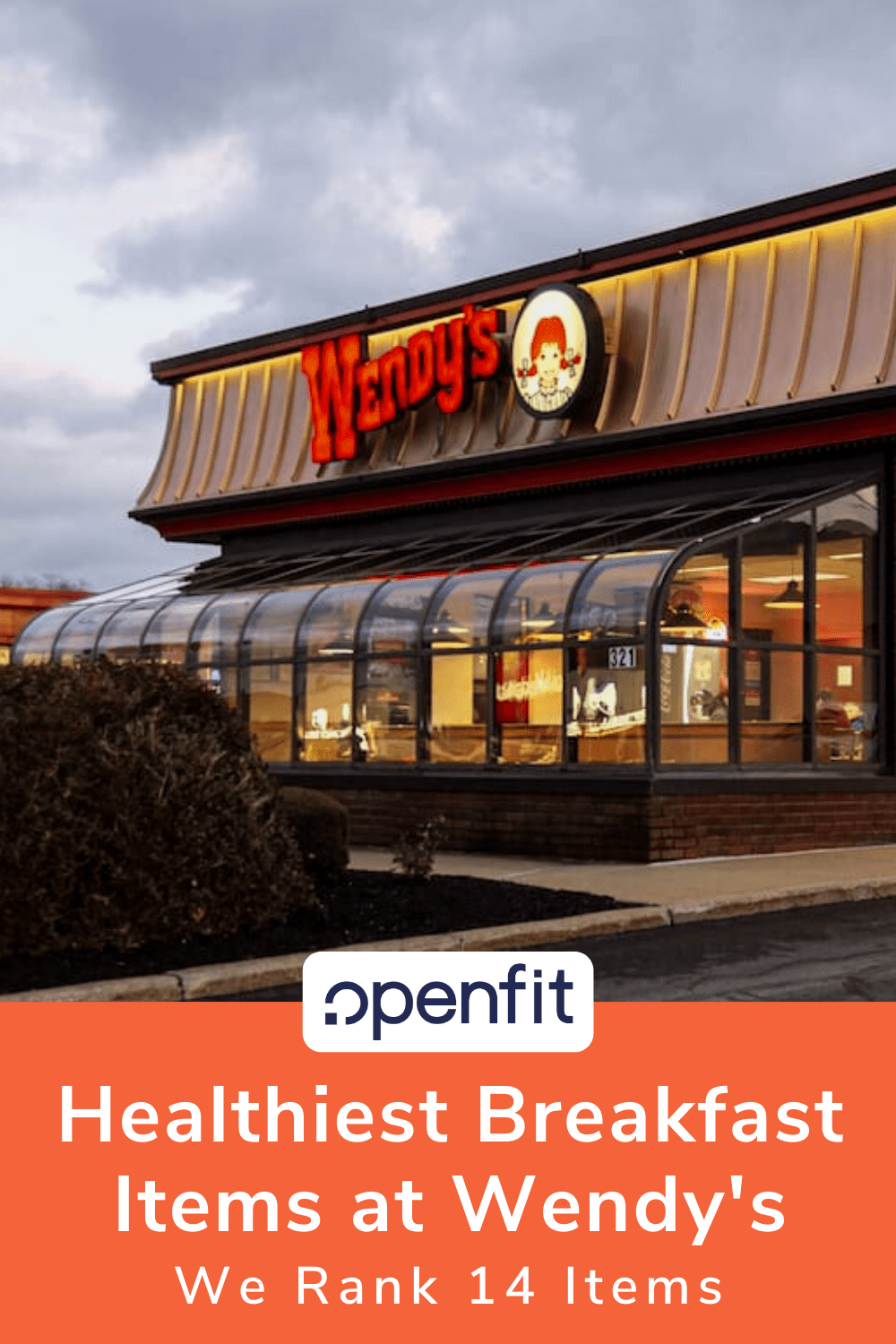 The morning-commute breakfast wars have gotten added sizzle with the debut of Wendy’s new breakfast menu. But how do you suss out the healthiest options from the menu’s 14 sandwiches and side items, plus assorted drinks?

“What I’m looking for isn’t the calories, fat, sugar, sodium, and other micronutrients, but rather the food groups you need to incorporate in most, if not all, of your meals,” says Christine Palumbo, MBA, RDN, FAND, award-winning Chicago-area nutrition expert.

Oh, and she’s also an unabashed fan of Wendy’s hamburgers and fries. “I’m looking for whole grains, vegetables, and fruit. I’m not necessarily looking for protein because I know protein is going to be present in a menu like this.”

Wendy’s wraps its various arrangements of eggs, cheese, and meat in a number of options. As a general rule, with some exceptions, the pecking order in terms of nutrition typically goes, from best to worst: tortilla >> bun >> croissant >> biscuit. 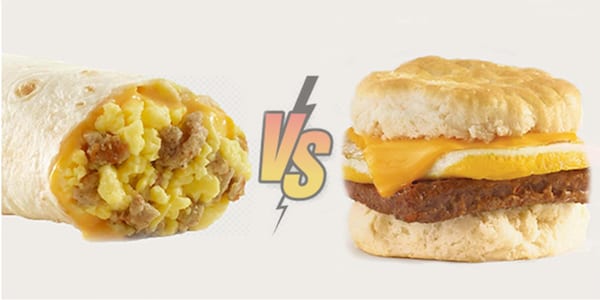 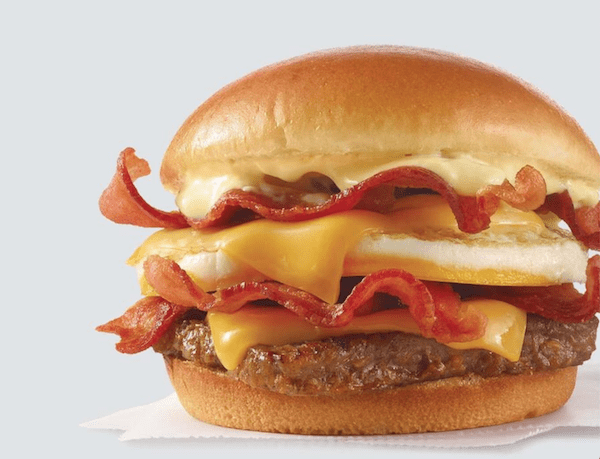 The big-ticket item on Wendy’s breakfast menu — with its own registered trademark — is the Breakfast Baconator. A sandwich with grilled sausage, American cheese, applewood smoked bacon, and an egg covered in Swiss cheese sauce, this is the papa bear of the Wendy’s wake-up zeitgeist that favors multiple fat and protein sources per item.

“When you start adding up a bunch of bacon and sausage and cheese, it tends to be a lot of fat in one sitting, and that won’t make you feel good,” says Richardson. “Pick one fatty source. You don’t need bacon, cheese, and sausage.”

Although other ingredients and factors come into play — such as sugary glazes and anything “crispy,” which Palumbo notes is usually code for “fried” — a good rule of thumb is to go for leaner meats. On the Wendy’s breakfast menu that generally means: chicken >> then bacon >> then sausage. 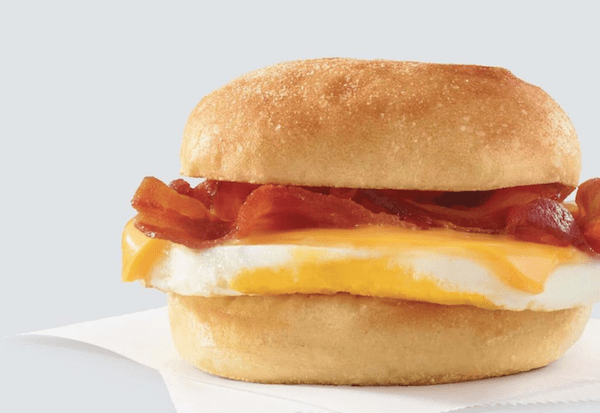 An alternative to the Breakfast Baconator is the Classic Bacon, Egg & Cheese Sandwich. This is a similar item, but with less cheese and bacon and no sausage. You could actually snarf two of these things and onboard less bad stuff than you’d get from one Breakfast Baconator.

“It’s 320 calories. I would enjoy that guilt-free without hesitation,” says Palumbo. “It’s got 17 grams of fat, about a third of that is saturated fat, you know, not too bad. If a person wanted to enjoy that and cut down the calories and saturated fat you could ask them to hold the American cheese.” 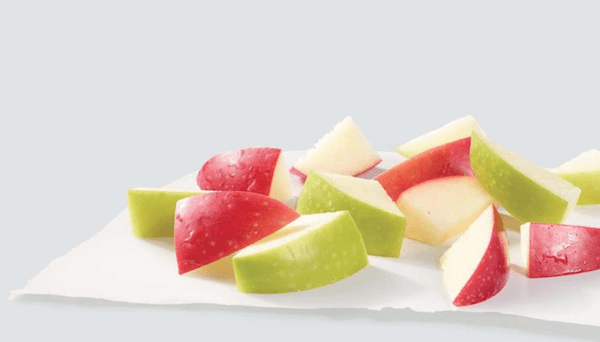 The Wendy’s breakfast menu makes a couple of nods to mindful eating. Although they probably won’t fill you up, they’re smart to consider adding to your meal. (Wendy’s lists the Sausage Biscuit and the Sausage Egg & Cheese Burrito on its “sides and more” menu, but we’re treating them here like the “sandwich” items they more closely resemble.)

Overall, though, Palumbo is disappointed at the lack of vegetables, which are limited to potatoes. She suggests asking if burger toppings or salad ingredients not listed on the breakfast menu — such as sliced tomatoes or onions — are available to complement the potatoes.

While noting that some nutrition experts downplay the role of potatoes in a healthy diet, Palumbo is a fan.

“Potatoes are underappreciated for the fiber and potassium they provide,” she says. “A medium serving of Wendy’s seasoned potatoes has 4 grams of fiber; that’s pretty decent. These potatoes also provide 590 milligrams of potassium. That’s awesome.”

The Honey Butter Biscuit offers another dramatic example of the dangers of biscuit binging. While not overloaded with calories (310), you could eat two of these and get more sugar, less protein, the same amount of fat, and less flavor than if you ate a single Sausage, Egg & Swiss Croissant (600 calories). 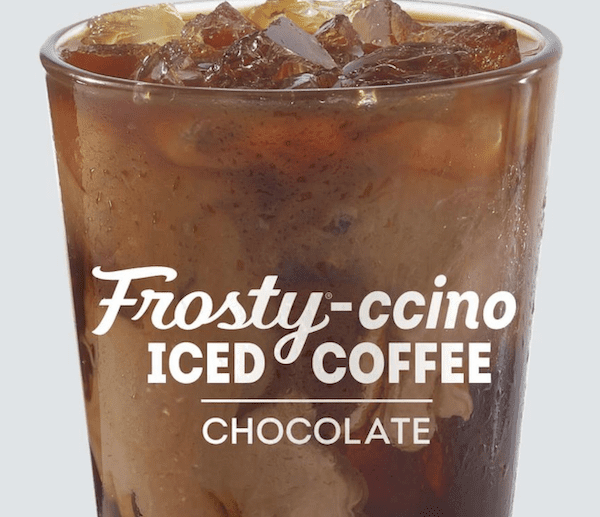 The Vanilla Frosty-ccino and Chocolate Frosty-ccino are cold-brewed coffees swirled with Wendy’s Frosty mix and served over ice. The large sizes contain 310 calories and 41 grams of sugar.

“When you start the day with a drink full of refined sugar that’s absorbed into the bloodstream extremely rapidly, you’re setting yourself up for disaster,” says Richardson. “That’s going to cause your blood sugar to spike up really high.”

And what spikes up really high comes crashing down a few hours later. “Maybe around 10 or 11 you get that hangry feeling. And what do you crave? More sugar, and all day long,” Richardson adds.

Best to hang tough with a cup of regular joe and keep the sugar and creamer additives to a minimum.

Portion control isn’t easy when you’re staring at a warm pile of cheese, egg, bacon, and biscuit at 7:30 a.m. But even mild restraint can yield meaningful results.

“Just because this big 700-calorie item is placed in front of you doesn’t mean you have to eat the whole thing,” says Palumbo. “Eat half. Share it with a pal. You could split the Maple Bacon Chicken Croissant (560 calories) with someone and that’d be less than 300 calories each.”

Of course, half of those calories come from fat, over one-third of which is saturated, and there’s very little fiber. So you’ll have to be extra healthy the rest of the day.

There’s another bread issue to be mindful of.

“What surprises a lot of people about sources of sodium is that it’s not just bacon and sausage; there’s a surprising amount of sodium coming from bread products,” says Palumbo. “The Honey Butter Biscuit has 310 calories and 670 milligrams of sodium.”

OK, fine, biscuits aren’t the best thing for you. But they add flavor that a tortilla doesn’t have, along with a satisfying texture. Sometimes you just want one.

“One solution is to take the top of the biscuit off and just eat it as an open-faced sandwich,” says Palumbo. “That way you get part of the biscuit taste and those wonderful sensory qualities, but you’re cutting down calories, fat, and sodium.”

“I’ll order what’s on the menu and do my own deconstructing,” says Richardson about her fast-food strategy. “I would recommend removing the biscuit when ordering a biscuit sandwich, and have a side of potatoes instead, using the protein from the sandwich.”

“If you find yourself in the position where you’re forced to eat fast-food breakfasts multiple times per month, you should look at your schedule and find a better solution for managing your time,” says Richardson. “If it’s once in a blue moon, do your best to find the most nutritious option on that menu.”

OK, so that blue moon is in March. At least now you know the best way to approach your newest cheat meal.

Still stymied by that big new Wendy’s breakfast menu? Here’s a quick reference guide to help you navigate the choices from top to bottom.

Camu camu (myrciara dubia) is a sour berry that is often ground up and turned into a fine powder. Learn if ...

7 Best Places to Shop for Healthy Food (Besides the Supermarket)

Luckily, the supermarket isn't the only place to stock up on healthy food. From local businesses to online ...

Put That Quarantini Down: Why You Shouldn’t Booze During a Pandemic

While a quarantini sounds great to sip on during a pandemic, you probably shouldn't. Check out these reason...