The Benefits of Vitamin B6 and the Best Food Sources 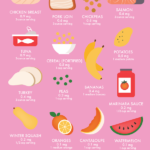 With eight B vitamins to keep track of, it can be tricky to know which is which, what they do, and whether or not you should be consuming more of them. Vitamin B6 has lots of jobs in our bodies — but what are good food sources and how do you know if you’re getting enough? Read on to find out more about B6 and how much you need to stay healthy.

What Is Vitamin B6?

Also known as pyridoxine, B6 is a water-soluble vitamin naturally found in many foods — like poultry, salmon, and dark leafy greens — and added to other foods, such as fortified cereals. It is also available in multivitamins, B-complex supplements, and oral capsules and tablets with just B6.

What Does Vitamin B6 Do?

Melissa Majumdar, MS, RD, LDN, CPT explains some of the key benefits and functions of vitamin B6.

How Much Vitamin B6 Do You Need? 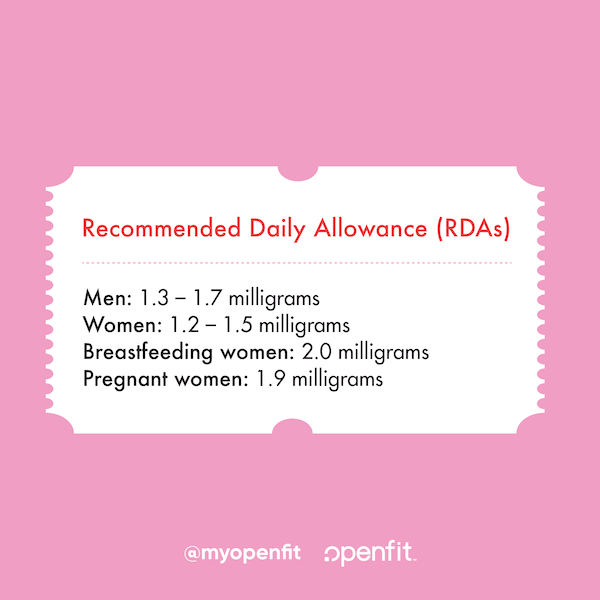 Here are the Recommended Dietary Allowances (RDA)* for vitamin B6:

*Recommended Dietary Allowances are the average daily intakes sufficient to meet the nutrient requirements of nearly all healthy individuals.

The Tolerable Upper Intake Level (UL) for B6 (meaning the maximum daily intake unlikely to cause adverse health effects) is 80 milligrams for anyone between 14 and 18 years old and 100 milligrams for adults 19 years and up.

You’re not likely to overdo it in the B6 department if you stick to food sources. But that may not be the case if you are taking too many B6 supplements. While B6 is generally excreted in your urine if you take too much of it, it’s not a wise idea to down loads of it in supplement form. “Large doses over time can be damaging and should be avoided,” Majumdar says. Over time, taking excessive amounts of B6 can lead to severe nerve damage, extreme sensitivity to sunlight, heartburn, and nausea. The symptoms usually stop when you stop taking B6 vitamins.

Unless you have a certain health condition, you’re not likely to be deficient in vitamin B6. In the late 1930s and early 1940s, the food manufacturers began fortifying foods with B vitamins — primarily cereals, flours, etc., — to help cover those individuals not eating a balanced diet. This is still in practice today.

“Deficiency is uncommon but could take place if someone has absorption issues, like after bariatric surgery or with celiac disease, Crohn’s disease, ulcerative colitis, and kidney disease,” Majumdar says. People with alcohol dependence are also at an increased likelihood of developing a deficiency, she says. People with other B-vitamin deficiencies are also more likely to suffer from B6 deficiency.

Signs and symptoms of deficiency typically take years to develop but may include:

Unless a registered dietitian nutritionist or doctor tells you to take additional vitamin B6, supplementation is not usually necessary, Majumdar says.

Natural Food Sources of Vitamin B6 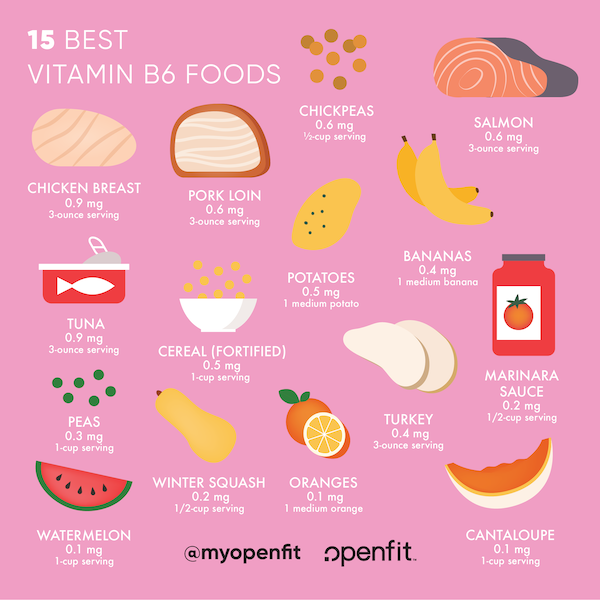 Here’s some great news: “Most people who eat a variety of foods get plenty of vitamin B6,” Majumdar says. You can find this B vitamin in a wide range of food groups including meat, poultry, and fish, some fruits and vegetables, and beans and peas.

While the amounts in the vitamin B6 foods list below look trivial, remember that the RDA is 1.3 milligrams per day for adult men and women. That equates to a chicken breast, a cup of peas, and half of a medium potato — all of which you could knock out in one meal. Here are some of the best sources of vitamin B6. 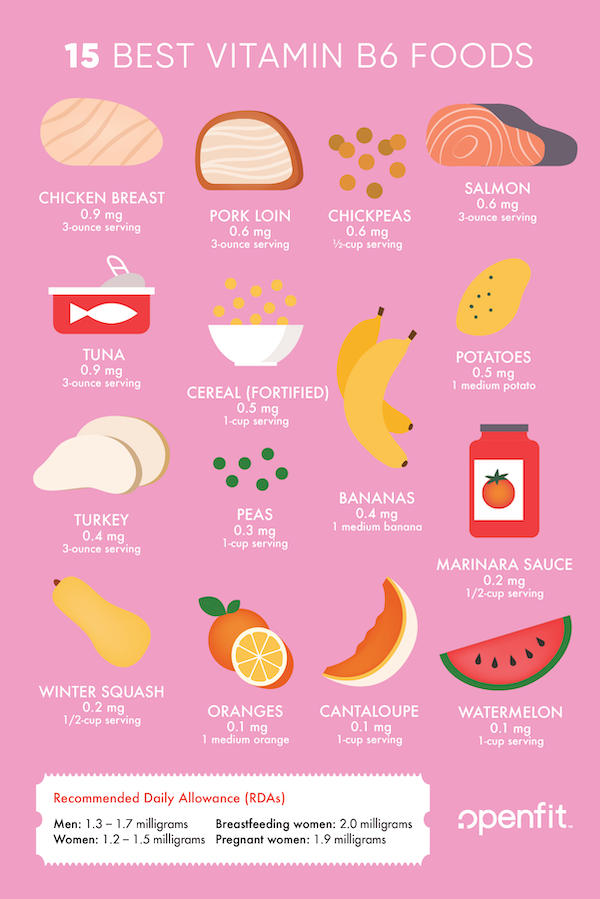