Quick, Easy, and Meat-Free! Everyone Will Love This Vegan Stuffing Recipe 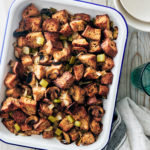 There’s a lot to be grateful for as a vegan: A smaller carbon footprint. Enjoying a healthy diet that can help with weight loss. Having something in common with iconic celebrities. But when it comes to holiday dinners, especially Thanksgiving feasts, vegans are often left with crumbs. Breadcrumbs, that is. And most of those aren’t even vegan! So what’s the solution to this Thanksgiving dilemma? You can start with this perfect vegan stuffing recipe.

You’ll amaze your friends and family — vegans and non-vegans alike — with this tasty, plant-based version of the long-loved side dish. And you don’t have to sacrifice taste for principal! This homemade recipe is bursting with all the flavors of a classic stuffing dish, thanks to fresh veggies and herbs. Plus, each serving around only 100 calories, so it’s not only good tasting, it’s good for you, too! All together, this vegan stuffing can seamlessly become a part of a healthy Thanksgiving meal.

Get started with Openfit’s workout programs for free today to get you one step closer to reaching your fitness goals.

If the stuffing was store bought, it’s likely to have chicken stock or even dried meat already in the mix, making it off limits in a vegan diet. (If you’re specifically wondering if Stove Top Stuffing is vegan, that answer is also no — even the non-meat flavors are made with chicken or turkey products.)

If the stuffing was homemade without stock or meat but was cooked inside an animal, then that won’t work for a vegan diet either. Luckily, it’s pretty easy to make a delicious stuffing that is void of any animal products. So put on your apron—we’re headed to the kitchen! 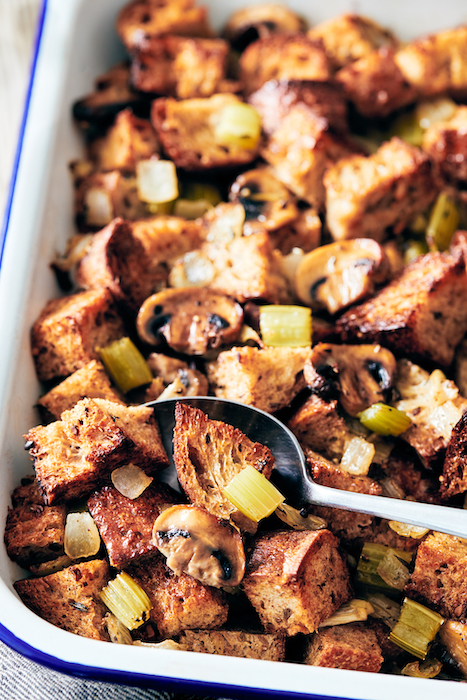 How to Make a Vegan Thanksgiving Stuffing

All the taste, none of the stuff you don’t want! Say goodbye to partially hydrogenated oils, high fructose corn syrup, and suspiciously long ingredient lists. This recipe made with whole foods and tons of flavor will have everyone humming for another serving.

Instead of white bread, opt for whole wheat bread. Not only does it provide more nutrients, like fiber, protein, iron, and thiamine, it also adds a delightful nutty flavor to the dish!

Crunchy, mild, and sweet like licorice, fennel adds an extra dimension to this recipe along with a host of nutritional value. A source of magnesium, potassium, vitamin A, calcium, and iron, fennel is sure to become your new stuffing staple.

3. Make it with Mushrooms

What would a vegan Thanksgiving recipe be without mushrooms? This fungi often replaces ground meat in traditional recipes since they have a hearty texture. They’re also a great culinary choice, as they do a great job of taking on the surrounding flavors of a recipe, like the sage and thyme in this one.

So put that slightly stale loaf of bread to work, and start making your own homemade vegan stuffing! Better than store bought? You betcha. 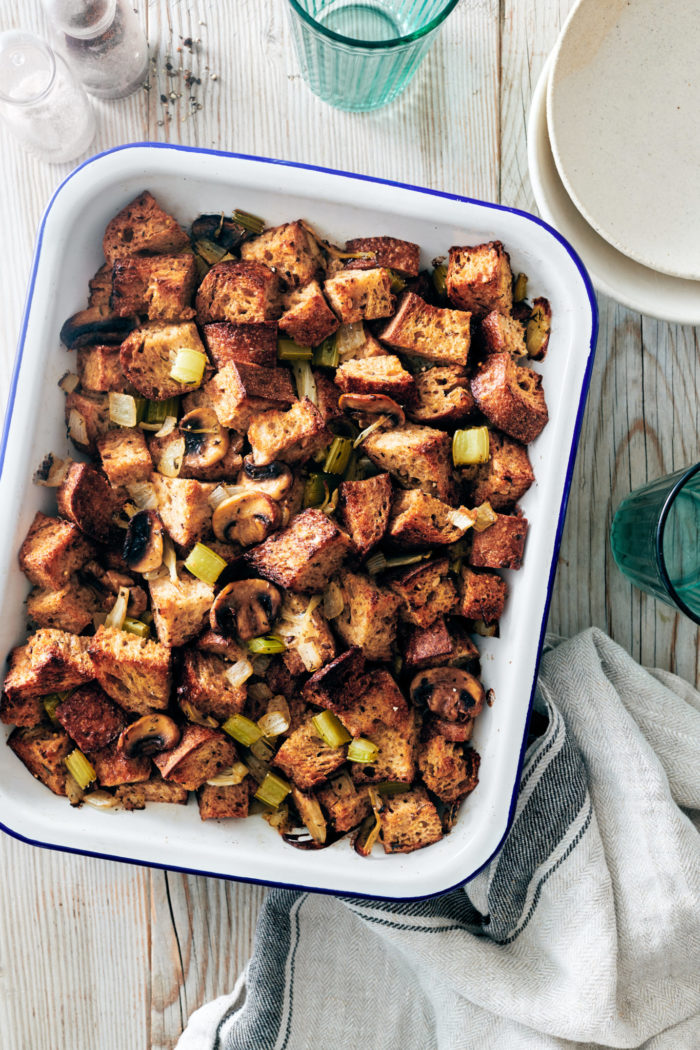