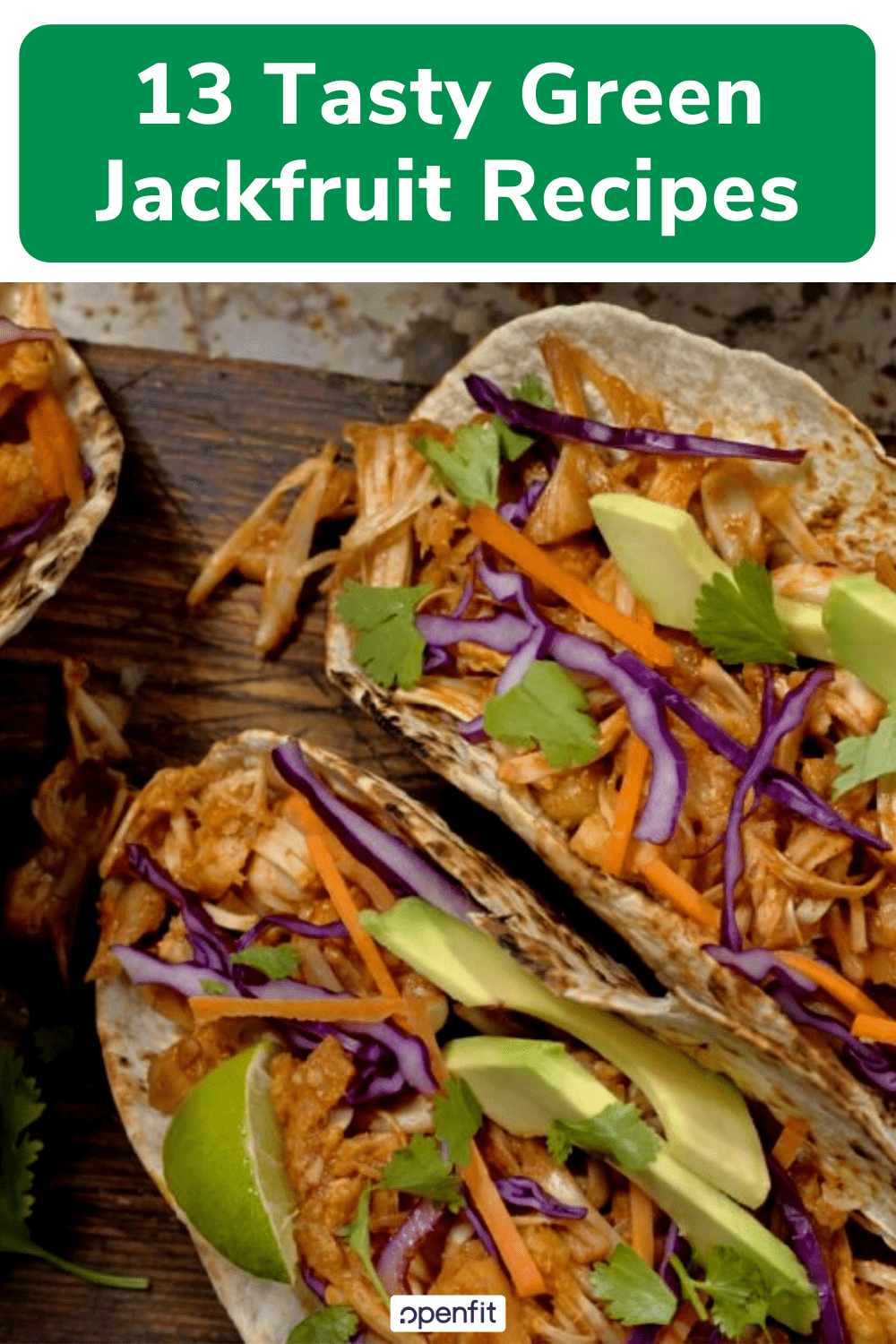 Take one look at cooked jackfruit and you might assume that anyone who calls it a “meat substitute” is trying to pull a fast one on you — surely a fruit can’t really taste like meat, right?

It depends on the ripeness. Ripe jackfruit has a sweet taste, similar to a pineapple or mango, but green jackfruit actually has a texture like artichokes and tastes like…well, nothing. We realize “tasteless” food wouldn’t normally be something to celebrate, but that means green jackfruit can soak up marinades and spices like a sponge, so you can make it taste like anything you want. And green jackfruit is easy to shred, making it a natural swap for any pulled meats.

Even better, green jackfruit contains nutrients like vitamin C, B6, niacin, riboflavin, and folic acid. So how can you add this meatless wonder to your meal plan? Whether you’re adopting a #meatlessmonday tradition or following a vegan diet, we rounded up the best green jackfruit recipes to help you get started. 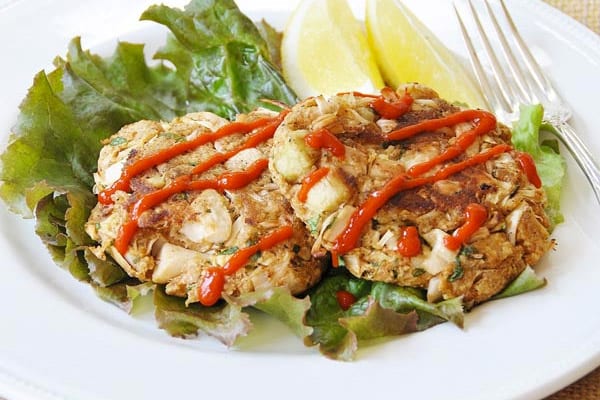 A medley of spices, breadcrumbs, and two cans of green jackfruit is all you need to create these vegan jackfruit “crab” cakes. Add a little vegan mayo — or a bit of Sriracha — to create an appetizer or entree that even the pickiest eaters will love.

Get the recipe at Veganosity. 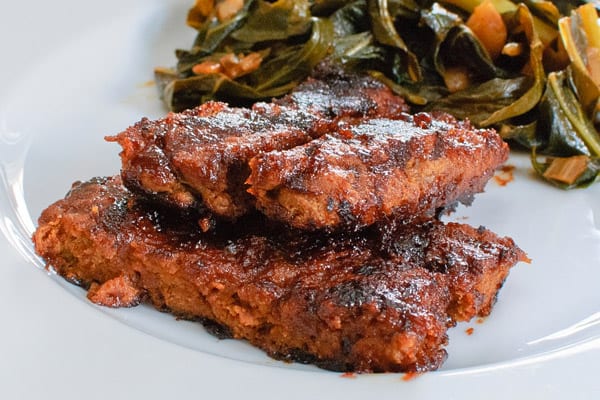 These vegan BBQ ribs are about to become a staple for your summer parties. With seitan, jackfruit, spices, liquid smoke, and BBQ sauce, this jackfruit recipe has that unmistakable smoked flavor that beef ribs are known for. Serve it with coleslaw or potato salad for a traditional cookout treat.

Get the recipe at Baked In. 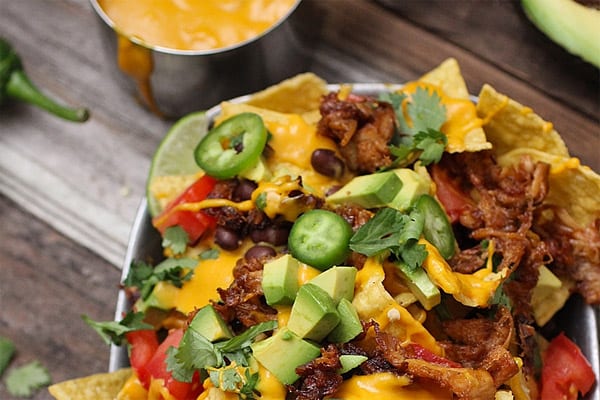 Plain chips and salsa is a bit boring, but your can amp up the flavor by creating some vegan nachos with shredded jackfruit caoted in barbecue sauce and some vegan cheese sauce (made with carrots!). The best part? You can add extra toppings — like peppers, black beans, and red onion — to create a game-day treat that’ll be devoured in minutes.

Get the recipe at Dora Daily. 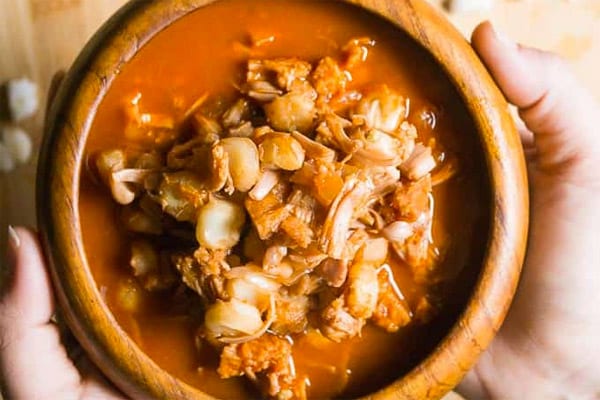 Traditional posole is made with pork, but you can make it vegan by swapping in jackfruit. Simply add the green jackfruit to your Instant Pot along with red chile puree, hominy, onion, garlic, and oil to create a hearty meal that’ll please the whole family.

Get the recipe at Tried & True. 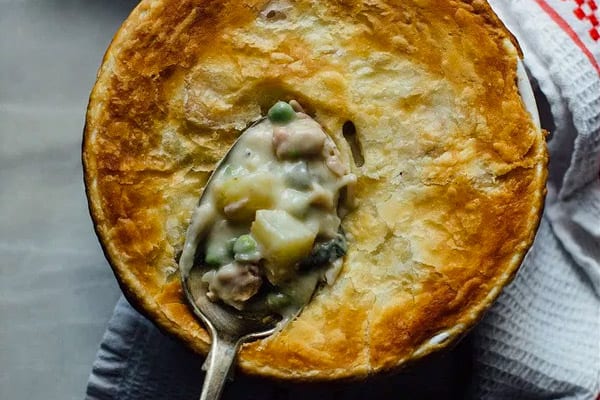 Pot pies make a hearty meal for blustery nights, but meatless versions can leave a little something to be desired. The solution: Add a can of green jackfruit in brine to the mix to give the pot pie more meaty texture — and flavor — while still keeping it vegan.

Get the recipe at Soy Division. 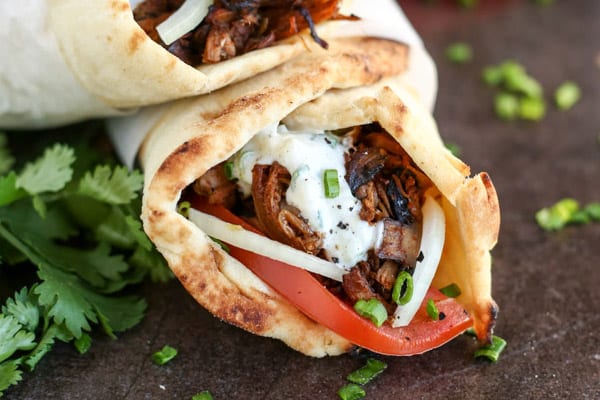 Enjoy the unforgettable taste of a gyro without adding lamb or chicken — this vegan gyro recipe replaces meat with green jackfruit and mushrooms. Bonus: The creamy tzatziki sauce is delish and dairy-free, thanks to coconut yogurt.

Get the recipe at I Love Vegan. 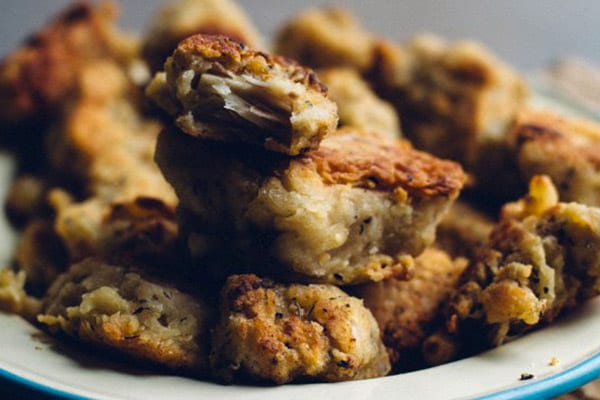 Fried chicken…without chicken? It’s possible with this easy-to-follow (and tasty!) recipe. The finished product looks a whole lot like chicken tenders, so pair with your favorite dipping sauce and get to munching.

Get the recipe at One Green Planet. 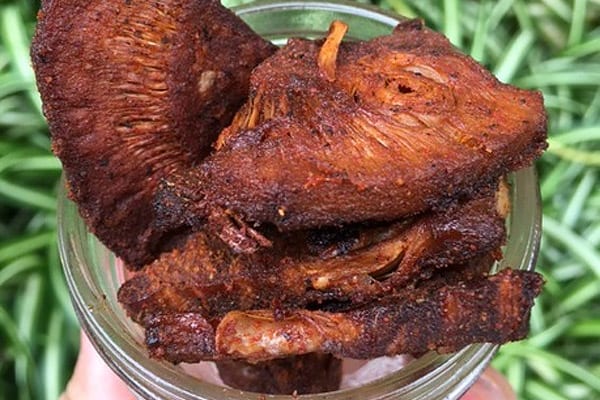 Jackfruit is such a good meat substitute, you can even make jerky from it! This vegan version will satisfy your jerky craving. The only downside: Unlike beef and turkey, jackfruit isn’t a great source of protein, so you’ll have to pair it with another protein source for a more well-rounded snack.

Get the recipe at Kitchen Gadget Vegan. 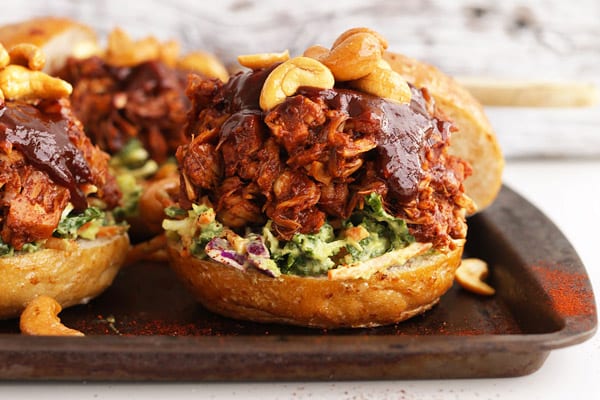 This hearty sandwich recipe only takes 10 ingredients and 30 minutes to make — sign us up! Combine canned jackfruit (in water, not brine or syrup) with spices and barbecue sauce to create tasty sandwiches that’ll have everyone coming back for seconds.

Get the recipe at Minimalist Baker. 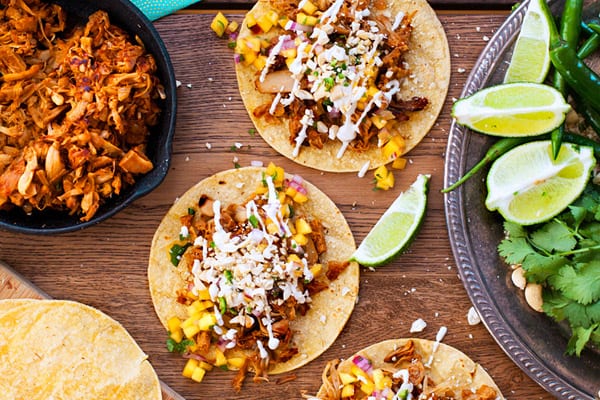 Ditch the bun for a tortilla and try these vegan carnitas topped with spicy mango salsa and a dairy-free creamy lime sauce that’ll give any street taco truck a run for its money.

Get the recipe at The Edgy Veg. 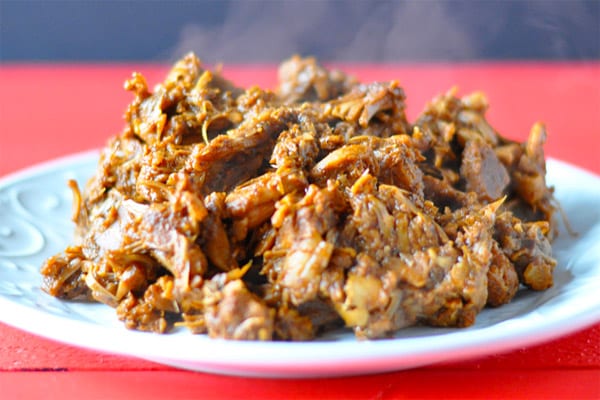 Get the recipe at Thyme & Love. 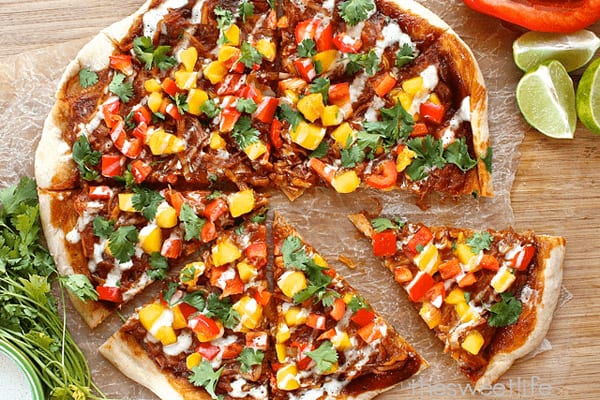 Jackfruit pizza? Yep — this healthy version of popular pulled pork pizza is made with green jackfruit on a barbecue sauce base. No cheese, but the mango salsa and cashew sauce will make you forget all about it.

Get the recipe at My Darling Vegan. 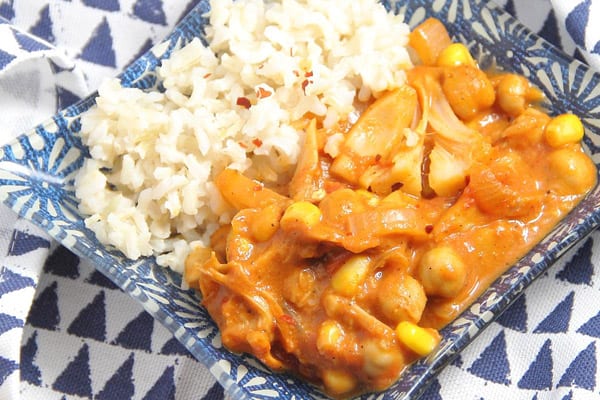 Jackfruit has been used in Southeast Asian cuisine for centuries, so we can’t leave out this tasty vegan curry recipe. Combine jackfruit with garam masala, coconut milk, and other ingredients to get a meatless dish with a spicy curry flavor.

Get the recipe at The Tofu Diaries.