Vegan Fish: Can This Plant-Based Option Satisfy Your Seafood Cravings? 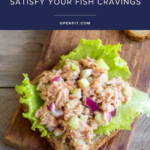 Are you trying to follow a plant-based diet, or at least cut back on how much meat you eat? If so, you’re not alone — according to a Nielsen survey, 39 percent of people in the U.S. are trying to add more plant-based foods to their diet.

And for good reason: Plant-based diets have been linked to a lower risk or lower severity of chronic conditions like obesity, hypertension, and type 2 diabetes.

But it’s not easy for everyone to simply switch from surf-and-turf to chickpeas and greens. “A lot of people are ‘married’ to their meat,” says Andrea N. Giancoli, MPH, RD, registered dietitian and nutrition manager for Openfit. “So it’s often easier to make the switch by finding something that has the texture and taste of meat to make that transition.”

But while you’re probably well-versed in vegetarian meat substitutes like tofu, tempeh, and seitan, it can be harder to find a substitute for crab cakes or a tuna melt.

That’s where vegan fish comes in. But what is it — and does it actually taste like the real deal?

What is Vegan Fish — and Does It Taste Like Fish?

Vegan fish is exactly what it sounds like: a fish-free alternative to regular seafood. Since vegans — and many vegetarians — can’t eat fish, vegan fish uses plant-based ingredients to mimic the taste and texture of seafood.

But how? The ingredients in vegan fish can vary widely, so it depends on the product. “There isn’t just one formula,” Giancoli says.

Other companies use ingredients like konjac root, soy, and pea protein to recreate everything from cod filets to shrimp to caviar, adds Giancoli.

Does Vegan Fish Have the Same Healthy Benefits as Seafood?

While the taste of vegan fish might be spot on, there is one thing that’s missing: the healthy omega-3 fatty acids found in regular seafood.

“One downside of eating plant-based fish is that most of them don’t come with DHA or EPA [two beneficial long-chain omega-3 fatty acids],” Giancoli says. “A lot of people eat fish to get those nutrients because they’ve been associated with health benefits.”

But vegan fish brands may be catching up. For example, the company Good Catch uses a blend of legumes, algae oil, seaweed powder, and sea salt to give you the “clean taste of the sea” and some good-for-you omega-3s.

Where Can I Buy Vegan Fish?

It used to be that niche foods like vegan fish and meatless beef were only available in specialty stores. Not anymore! Meat substitutes are just about everywhere — you can find the Beyond Meat burger in most supermarkets and the Impossible Burger is coming soon to a Burger King near you. Likewise, there’s a good chance you can find plant-based seafood in your local grocery store.

Besides Good Catch and Ocean Hugger Foods, brands that sell vegan fish include:

Need a tasty dip for your plant-based seafood? You can find vegan fish sauce from Tofuna Fysh and 24Vegan, along with vegan tartar sauce from Follow Your Heart.

Okay, so you’re sold on eating plant-based seafood — but how do you prepare it once you have it? We’ve rounded up the best vegan fish recipes to help you get started. 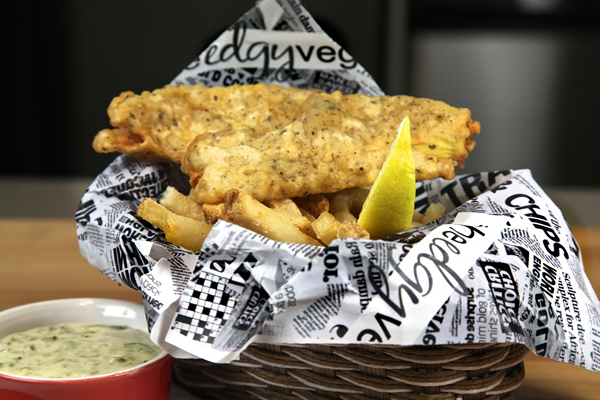 It doesn’t take a lot of time or ingredients to recreate the unmistakable comfort-food flavor of fish and chips. Just heat up some Gardein fishless filets, then use the recipe below to whip up a yummy vegan tartar sauce.

Get the recipe at The Edgy Veg. 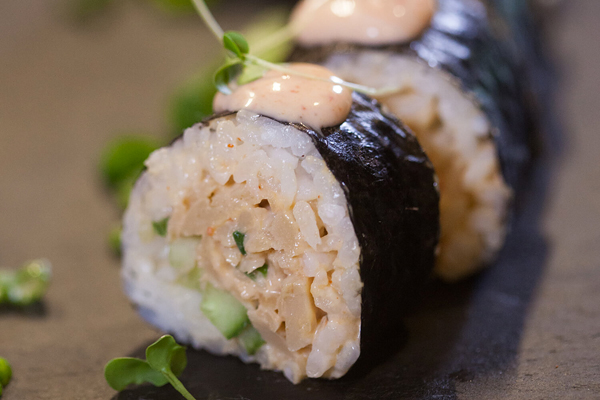 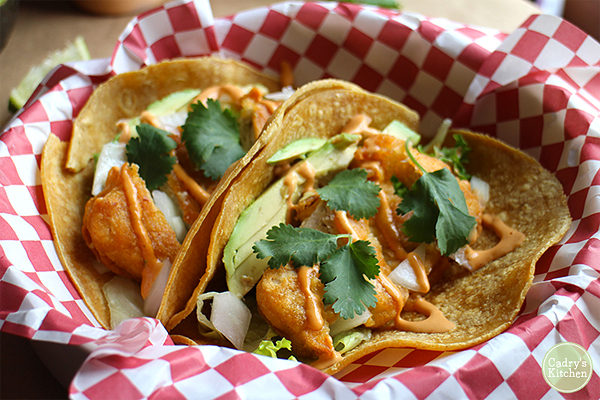 There’s something about fish tacos that conjures up images of a lazy day on the beach. Recreate that vibe with this easy recipe for vegan fish tacos and a cashew-based chipotle crema sauce.

Get the recipe at Cadry’s Kitchen. 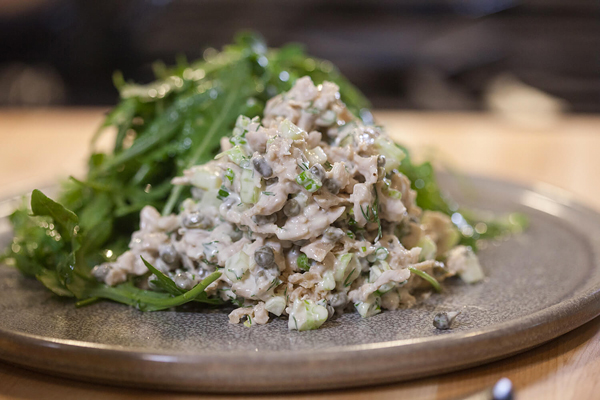 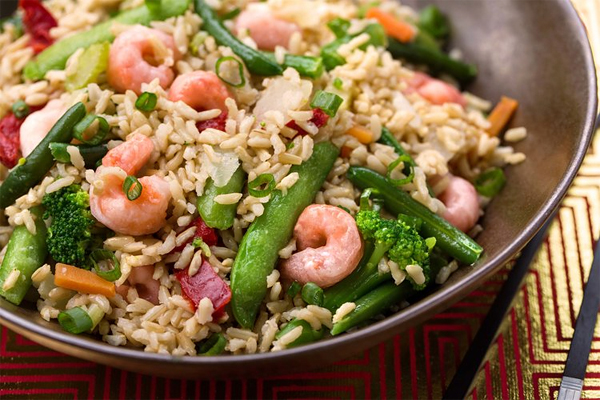 It couldn’t be easier to make this fried rice recipe, which uses the plant-based shrimp from New Wave Foods in place of regular shrimp — and tastes just as good as takeout.

Get the recipe at the New Wave Foods website.