How to Follow a Vegan Diet in a Healthy Way

While only three percent of Americans identify as vegan, that number is expected to rise with sales of plant-based food growing at an impressive rate. In fact, grocery sales of plant-based foods that directly replace animal products have increased 31 percent in the past two years, amounting to $4.5 billion. With dozens of non-dairy milk options available, and a growing arsenal of plant-based meat substitutes hitting supermarket shelves and restaurant menus, it’s becoming a little easier to choose a vegan lifestyle. But what exactly can vegans eat and is a vegan diet healthy? Read on to find out more.

Support a healthy vegan diet with the chocolate LADDER Plant-Based Nutrition Shake, made with 20 grams of pea protein. Get it here today!

What Is a Vegan Diet?

Before we break down what makes a vegan lifestyle healthy or not, let’s first delve into what veganism is — and isn’t.

Vegans do not eat or drink any product with ingredients derived wholly or partly from animals. But veganism goes beyond food and drinks. According to the Vegan Society: “Veganism is a way of living which seeks to exclude, as far as is possible and practicable, all forms of exploitation of, and cruelty to, animals for food, clothing, or any other purpose.” Vegans avoid the following:

There are some lesser known items often not considered vegan because of the way they’re processed, like some beer and wine, some sugars, and some red-dyed foods. Beyond health and animal reasons, many vegans are driven by environment-related motives. 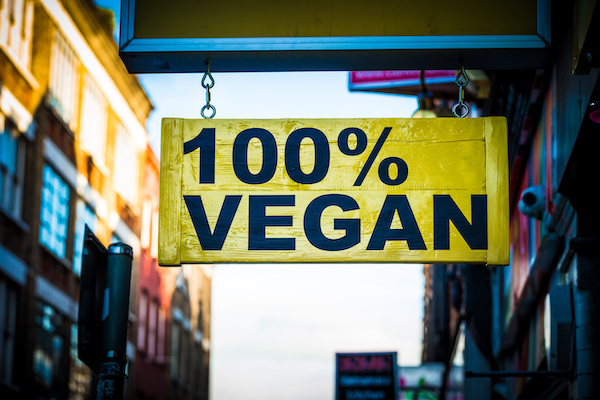 Is a Vegan Diet Healthy?

A vegan diet can absolutely be healthy. “A healthful vegan dietary pattern includes lots of vegetables, fruits, legumes — such as beans, lentils, soy foods, and peanuts — nuts, seeds, and whole grains, plus fun foods such as vegan meat, and dairy and egg alternatives, as well as sweets and snacks,” says Taylor Wolfram, MS, RDN, LDN, a private practice dietitian based in Chicago.

While a vegan diet can be healthy, there are some caveats.

How to Get Protein on a Vegan Diet

It’s likely no surprise to you that animal products top the protein charts. But the truth is, many plant foods have protein — and some might surprise you.

Here’s a list of some of the top vegan protein sources which include lentils, nuts, seeds, and even vegetables. It’s important to eat a variety of proteins so you get adequate amounts of all of the essential amino acids you need:

You can even find some vegan protein powders! The LADDER Plant-Based Nutrition Shake provides 20 grams of pea protein, plus 7 grams of fiber, 26 essential vitamins and minerals, and no added sugar. 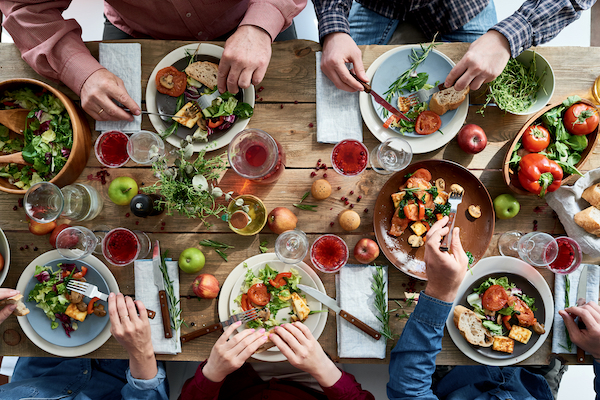 The Benefits of a Vegan Diet

Eating tons of fruits, veggies, and other whole, unprocessed, plant-based foods means you’ll really rack up your vitamin, mineral, antioxidant, and fiber intake, which can do wonders for your health. 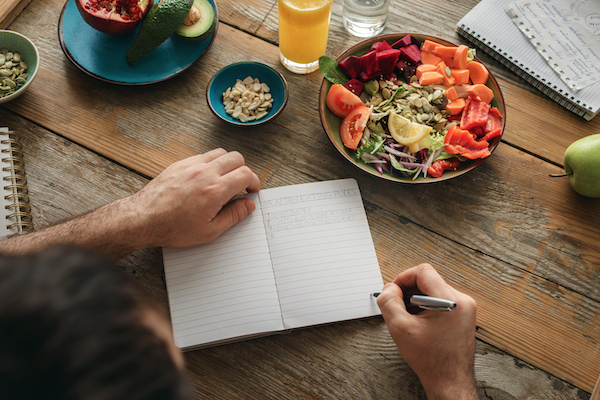 How to Get Started on Eating a Vegan Diet

If you’re considering a vegan lifestyle, it’s important to have a positive mindset and to craft an attainable plan. Rather than jump right in, it’s a good idea to take things slowly. Emilie Hebert, founder of the vegan blog Emilie Eats advises people to start with one meal a week or one meal a day and then progress as time goes on. “Start by eating vegan at home, and not feeling pressure to eat vegan when you’re out at restaurants or someone else’s home,” she says.

“Think about adding and swapping rather than eliminating foods,” Wolfram says. For instance, think of it as replacing meat with legumes instead of taking meat away. “Rather than focus so much on what you’re not eating, focus on adding a rainbow of fruits and veggies to your meals and snacks,” she says.

Wolfram also suggests trying new cuisines, such as Vietnamese, Ethiopian, and Indian, all of which have lots of plant-based options.

A quick search will provide you with thousands of tasty vegan recipes across different cuisines and with tons of different vegan foods and cooking methods — from stovetops and grills to slow cookers and sous vide cookers.

Here are some tasty and healthy starting points:

Before you embark on a vegan diet, remember that this lifestyle goes far beyond your grocery list or takeout order. “A vegan lifestyle is way more than just what you eat,” Hebert says. Veganism can benefit your health as well as the health of animals and the environment.