Too Tired to Work Out? Maybe It's Your Brain

There are countless possible culprits to blame when you feel too tired to work out — it’s partly why we feel pride when we do it anyway. But aside from the usual suspects (lack of sleep, skipping (or eating too many) meals, leftover lethargy from yesterday’s workout, etc.) there’s one reason you may not recognize so readily: mental fatigue.

Mental fatigue is similar to the physical exhaustion you experience after a long run or, say, Rough Around The Edges workout. Both forms of fatigue are the result of hard work over extended periods of time with little to no rest. In the first case, it’s your brain that’s expending a lot of energy, and in the latter, it’s your muscles.

“Mental fatigue will affect a person’s capacity to initially engage,” however, says Openfit Live director of trainer operations Jo Gomez, meaning it can stop your workout before it starts. And even if you do convince your tired brain to tag along, it may still drag you down, compromising your performance and gains.

When your brain’s up for it again, choose from hundreds of workouts live and on-demand on the Openfit app. Try it free!

How Mental Fatigue Impacts Your Workouts 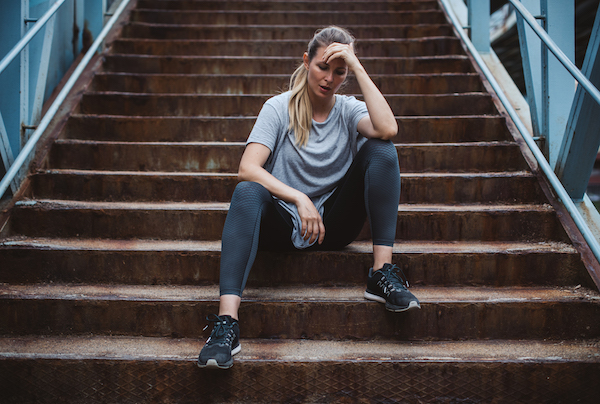 When your brain is tired and overworked, it can make you more likely to hold back on intensity, or straight-up throw in the towel sooner than you would otherwise. “People can still push through, but it will feel much harder,” says Dora Kurimay, a mental performance coach based in New York City.

Research published in the journal Medicine and Science in Sports and Exercise reveals that even professional athletes give in more quickly when they’re mentally fatigued. In this study, athletes quit roughly 27 seconds sooner during a time-to-exhaustion treadmill run after they completed a 45-minute cognitive task than they did after they watched a 45-minute documentary. Participants reported that the treadmill run felt a lot harder when they were mentally fatigued, too.

One reason exercise feels harder is that mental fatigue adversely affects motor control, according to Kurimay. So you may expend a disproportionate amount of your now-limited brainpower just coordinating movements — especially more complex ones.

At the same time, mental fatigue may also dampen the areas of your brain that are normally responsible for motivated behaviors and drive, according to a paper in Frontiers in Psychology. This can make you feel the rewards of your workout aren’t worth the effort, lowering your motivation to exercise at all.

How to Keep Mental Fatigue From Affecting Your Workouts 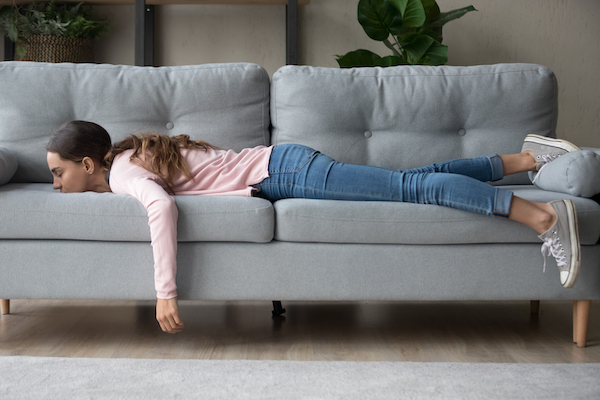 The most obvious way to head off the cognitive sabotage of your workout is to prevent mental fatigue in the first place. Here are some effective strategies:

1. Maintain a tidy environment. Many people struggle to concentrate when their home or office is messy, Kurimay says.

2. Learn to say “no.” Overcommitting is a surefire way to load your brain with more than it can handle at one time.

3. Set boundaries. Letting the borders between work and home life blur can create more mental fatigue, Gomez says. Let colleagues know when you’ve logged off for the day, and follow through. “That also creates a routine and structure, which will result in less stress,” Gomez says.

4. Avoid multitasking. We all do it, but trying to tackle multiple things at once takes more mental energy than focusing on one task at a time.

5. Take regular breaks. Like your muscles, your brain needs to rest and recover from intense work. So, every hour or so, step away from whatever you’re doing and give your brain a few minutes of rest. “Even just standing up, stretching, and going back to work can be beneficial,” Kurimay says.

Should You Work Out if You’re Mentally Fatigued? 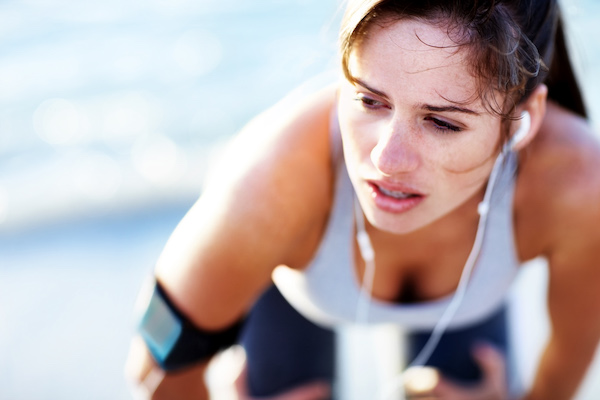 If you fall back on bad habits and end up feeling too tired to work out, you can — and probably should — still do it. “There’s a difference between competitive athletes and professionals,” Kurimay says.

Depending on how fatigued you are, you may want to keep your workout short and intense, like those in 600 Secs. Or, switch modes entirely and try a low-intensity yoga class. (You’ll find great options in Openfit’s Yoga52 program and on Openfit Live.)

Whatever you do, find a workout that will bring you joy in the moment. “This may mean choosing activities that are less intense, such as walking, swimming, or cycling,” Gomez says.

Dropping another level of intensity altogether, you may relieve mental fatigue by doing some meditation before your workout, Kurimay says. Even clearing your mind for just five minutes can help you feel refreshed.