How Much Caffeine Should You Have a Day? Here's What You Need to Know 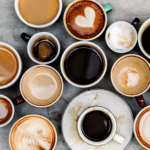 I have a good friend who I see every day. Maybe you know him; his name is caffeine. He has a lot of great qualities, even if he is hard to shake. Caffeine makes getting through a day easier when you didn’t sleep enough the night before. Caffeine also helps you give that workout your all. But how much caffeine should you have per day?

The benefits of caffeine are well researched. “Caffeine improves both exercise performance and endurance so that you can train harder and longer,” explains Paul Falcone, MS, senior scientist at Openfit. “It also reduces something called the rate of perceived exertion, which means that exercise may actually feel easier after caffeine.”

It is possible to lean too heavily on caffeine, though. Here’s what you need to know about overdoing it and how to find a good balance that includes your favorite caffeinated foods and drinks, like coffee, chocolate, and pre-workout.

Increase natural energy and feel stronger for longer with LADDER Pre-Workout. Get it here today!

How Much Caffeine Can You Take Per Day? 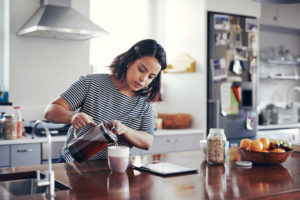 You should always talk to your doctor about caffeine consumption for advice based on your state of health, but there are general guidelines:

How Much Caffeine Is Required to Overdose? 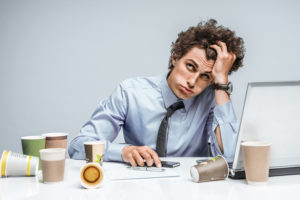 It takes quite a lot of caffeine for it to be toxic, but you’ll likely experience unpleasant side effects far sooner. That’s why even though “the FDA estimates that toxic effects may be observed when 1200 mg of caffeine are consumed in a short period of time,” Falcone explains that most healthcare professionals “recommend setting a limit around 400 mg.”

These numbers may not apply to everyone, though, since people’s bodies process caffeine differently. “Some people are more sensitive to caffeine than others,” explains Jim White, RDN, ACSM EX-P, adding that these people can experience side effects at lower doses. And these symptoms can be worse in people who combine caffeine with tobacco or alcohol, he adds.

What Are the Side Effects of a Caffeine Overdose? 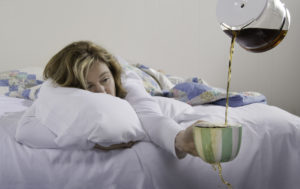 Three things to be on the lookout for.

If you have too much caffeine in a short amount of time, you may experience unpleasant side effects like restlessness, irritability, or upset stomach. Take that caffeine dose too close to bedtime, and you’ll probably also have a hard time sleeping.

There are other downsides to using a lot of caffeine, especially if it’s habitual. Using high doses of caffeine every day (over 400 mg) “can lead to tolerance (lessening of benefits) and psychological dependence,” warns Falcone.

But since we all process caffeine differently, Falcone underscores that “it is important to gauge these symptoms for oneself and increase or decrease the amount of caffeine accordingly.”

Will Drinking Pre-Workout Cause Me to Overdose on Caffeine? 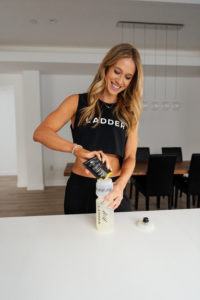 But you need to be mindful of your total caffeine intake for the day, just as you should be when considering whether to have that last cup of coffee. “As long as you are staying under that 400 mg of caffeine total, you should be safe,” says Falcone.

Some quick mental math can help you figure out where pre-workout fits in your caffeine intake. If you have a 16-ounce coffee every morning, that’s about 200 mg of caffeine. One serving of LADDER Pre-Workout contains the same amount. If you’ve already had your morning coffee, you can safely consume pre-workout since you’ll clock in right at the 400 mg mark.

Tips for Watching Your Caffeine Intake 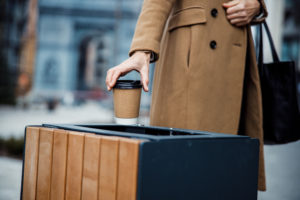 First, you need to know how much caffeine you consume on an average day to watch your intake. Take stock of how many caffeinated beverages and foods you’re consuming to get a baseline. And don’t forget to be mindful of serving sizes — an 8-ounce cup of coffee averages around 100 mg of caffeine, but that’s not what you’re getting if you use a 12-ounce mug.

1. Check labels and know what to look for

Some pre-workout supplements may say “caffeine” on the label, but you should know other ingredients that contain caffeine as well to know when you’re consuming it. Green tea extract and cacao both indicate that a food or drink has caffeine in it.

White underscores that you need to factor foods with caffeine into your daily consumption. Chocolate, coffee-flavored products, and some chewing gums contain caffeine.

3. Choose the caffeine you need

If you’re nearing the 400 mg of caffeine per day mark, you’ll need to choose what you want or need to keep. Maybe you don’t want to get rid of pre-workout before your workouts or coffee for its health benefits. In that case, Falcone suggests you may want to watch your consumption of soft drinks or energy drinks because they “are often sneaky sources of caffeine.”

4. Wait for that first cup of coffee

You may think a cup of coffee is just the thing you need when you first get up, but Falcone wants you to challenge that assumption. “Perhaps your morning grogginess stems from being a little dehydrated, and a big glass of water may just do the trick,” he explains.

5. Swap your coffee for tea

If you like both coffee and tea, opting for tea can lower your caffeine consumption. “Tea will typically have half the caffeine of coffee,” Falcone says. A regular 8-ounce cup of green tea (not matcha) has 30 mg of caffeine compared to coffee’s 100 mg.