The New Rules of Protein Timing

If you’ve spent any time around a weight rack, you’ve likely heard people talking about “the anabolic window” — that brief period during which your muscles are especially receptive to protein after a workout. It can last anywhere from 30 to 60 minutes depending on whom you ask, but the advice is always the same: If you want to pack on lean mass, it’s critical that you consume protein — preferably in the form of a shake — during that window. Miss it, and you’ll never chisel a six-pack or stretch the limits of your shirtsleeves.

Recent studies, however, suggest a slightly less rigid reality. “The window is not as fleeting as many people believe,” says Brad Schoenfeld, Ph.D., C.S.C.S., author of M.A.X. Muscle Plan. “Depending on when you had your last meal, you may have hours, not minutes, to maximize muscle building by eating protein.”

In short, the latest research indicates there’s no need to rush your consumption of protein after a workout (unless you haven’t eaten for a while — more on that in a bit). But the fact remains: Your muscles need protein, and lots of it, to grow.

So how can you be sure you always have enough in your system to optimize your gains from each workout—regardless of whether you prefer to pound the pavement or pump iron? Follow these five simple rules.

Help your muscles repair and recover faster with the high-quality protein in LADDER Whey and Plant Protein! Shop all premium supplements here. 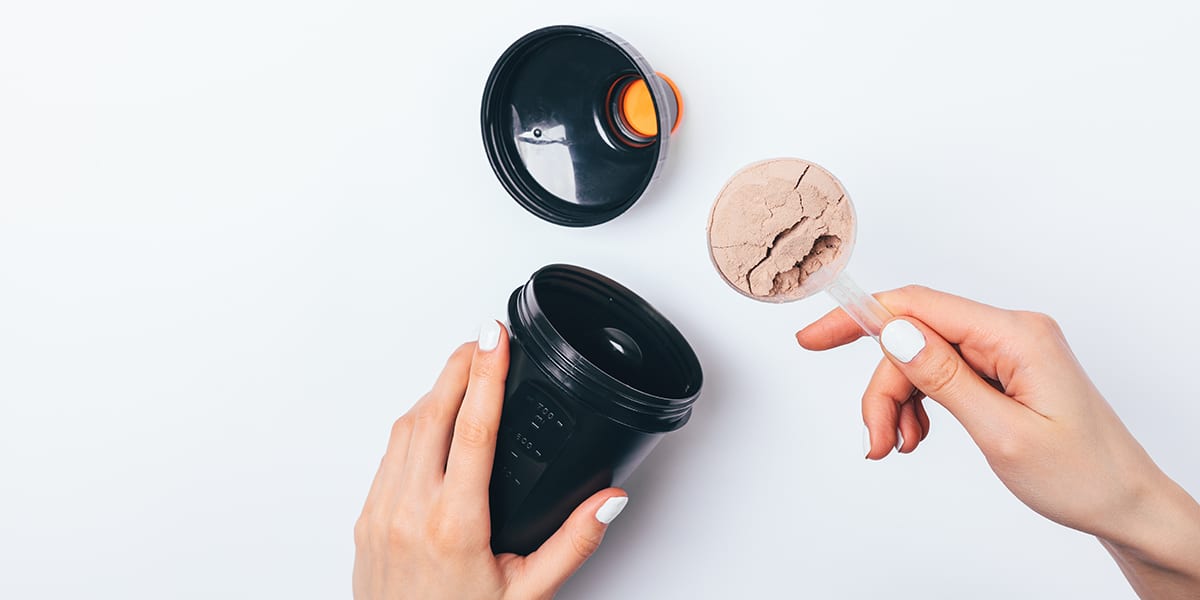 There’s no denying that people who drink post-workout shakes tend to reach their goals faster. Indeed, a recent study in the American Journal of Clinical Nutrition found that those who consumed them for 12 weeks gained two more pounds of muscle than those who didn’t. But that post-workout shake becomes even more important in the context of boosting your total daily protein intake, says Schoenfeld.

Like every other tissue in your body, your muscles are in a constant state of renewal, and every time you work out, you cause the protein in them to break down and build up faster than normal. The technical term for this process is “protein turnover,” and as long as the latter part of the equation (i.e., the build up, AKA “protein synthesis”) exceeds the break down (or catabolism), your muscles are remodeled into bigger and stronger versions of themselves.

The best way to ensure that happens is by eating more protein. “Your muscles are especially receptive to it after a training session,” says Schoenfeld. “But they remain receptive for more than just 30 minutes.”

In a meta-analysis in the Journal of the International Society of Sports Medicine, Schoenfeld and co-author Alan Aragon showed that the window actually lasts from four to six hours. “Protein synthesis peaks within that time period, but your body remains sensitized to protein for 24 hours,” says Schoenfeld.

That’s why total daily consumption is just as important as specific nutrient timing, and why you don’t have to stress if you forget to drink a protein shake immediately after a workout. As long as you consume it within a reasonable amount of time after your last rep, you’re good.

Rule #2: Eat More at Every Meal

According to a recent CDC survey, the average guy consumes about 102 grams of protein per day, and the average woman consumes about 70 grams per day. While that’s nearly twice the amount recommended by the Institute of Medicine, some experts feel it’s not nearly enough if you exercise intensely, regularly, and with the intent to build muscle. “Consume at least 1 gram (and up to 1.4 grams) of protein per pound of lean (fat-free) mass per day,” suggests Schoenfeld.

Many scales will give you both your total weight (AKA total body mass, or TBM)  and your body fat (BF) percentage. To calculate your lean body mass, multiply your TBM by your BF percentage, and then subtract that number from your TBM. If you’re a 165-pound man in decent shape, your lean body mass will be about 135 grams. If you’re a moderately-fit, 120-pound woman, that’s about 95 grams.

That might sound like a lot, but when you divide it among three or four meals, it becomes entirely manageable. “Spreading your protein throughout the day is key,” says Schoenfeld, “as is eating enough of it at each meal.” If you have trouble meeting your daily protein needs through whole food, though, protein supplements like LADDER Whey or Plant Protein are a convenient way to boost your intake and recover after a workout.

Most people backload their protein, eating more carbs early in the day and more protein later on. But distributing your protein intake evenly amongst several meals can elevate protein synthesis by up to 25 percent, according to a recent study in the Journal of Nutrition.

“Protein is inherently anabolic,” says Schoenfeld. “When you eat a protein-rich meal, it promotes protein synthesis [i.e., muscle building] for up to six hours afterward.”

Shoot for about .25 grams of protein per pound of bodyweight per meal. “That’s the amount that seems to optimize anabolism,” says Schoenfeld, adding that eating more won’t hurt, but it won’t help, either. “Your body can only synthesize so much.” 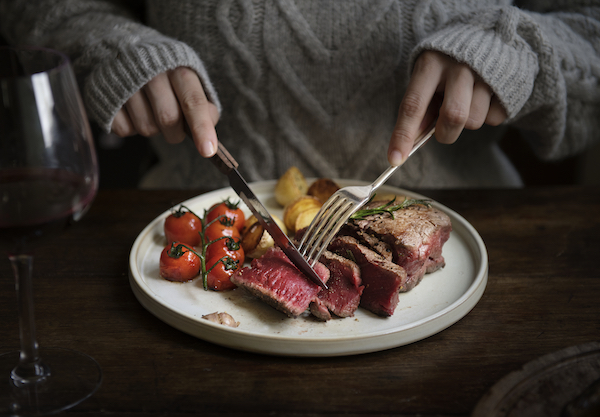 “Consuming protein every five to six hours is optimal for muscle building, and training anywhere in that window is fine,” says Schoenfeld. So if you eat a protein rich lunch at noon, work out after you leave the office at 5pm, and then eat a protein rich dinner by 6 p.m., you’re good. But life rarely cooperates with such a strict schedule.

“That’s another reason why a post-workout shake often makes a lot of sense,” says Denis Faye, Openfit’s senior director of nutrition content. “Protein synthesis may remain elevated for hours after you work out, but if you haven’t eaten for hours, and dinner is still an hour or two off, your muscles won’t have enough of the building blocks they need to capitalize on that post workout window — no matter how brief or long it is.”

Look for shakes with at least 20g of protein. In a study at McMaster University, researchers found that dose to “maximally stimulate muscle protein synthesis.”

LADDER Plant-Based Nutrition Shake provides 20 grams of pea protein per serving, which is a slower-absorbing protein that can help you feel fuller for longer. It also provides 7 grams of fiber and 26 essential vitamins and minerals to make it even more nutritious.

Rule #4: Break Fast with a Shake

“If you train fasted — which is what you’re doing if you work out first thing in the morning  —you’re training in a catabolic state,” says Schoenfeld, explaining that since your body doesn’t store protein for later use, there won’t be enough to skew protein turnover in favor of protein synthesis.

The result: More muscle breakdown than build up. “So you definitely want to consume protein within an hour of exercising in the morning,” he explains. And the most efficient way to do that is with (you guessed it) a protein shake.

LADDER Whey and Plant Protein are formulated with high-quality protein and amino acids to help provide the nutrients your muscles need to repair and grow. 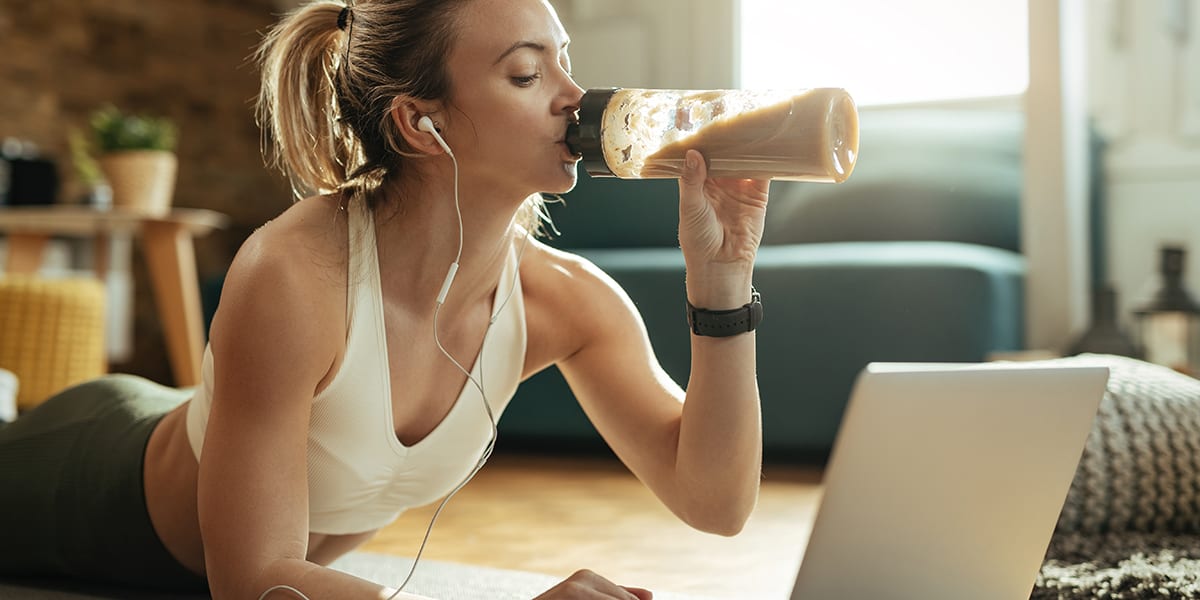 Most people talk about protein supplementation in the context of strength and power training, but here’s the thing: Endurance athletes build muscle, too. If you’re a runner or a cyclist, your muscles might not be as large or as defined as those of a sprinter or a bodybuilder, but they’re made of the same stuff (protein), and need to be fed the same stuff (protein) to grow stronger and become more efficient at producing energy and resisting fatigue.

Like strength training, endurance workouts also stimulate protein synthesis, according to researchers at Ball State University. In their study, protein synthesis increased 50 to 60 percent in the hours immediately following a 60-minute bike ride at a moderate pace.

Feeding your muscles protein during those hours can help you boost your endurance and become a stronger, more formidable athlete. You’ll also bounce back from workouts faster, reducing the amount of time you need to recover between them, according to another study by the same researchers.

Bottom line: It doesn’t matter what type of exercise you do — increasing your protein intake is one of the smartest moves you can make to maximize your performance.