How Openfit Helped Teammate Kristin Find a Community — and Herself 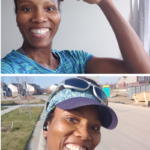 Kristin P. doesn’t back down from a challenge. In college when the athletic director said to the cheerleader and former dancer, “I bet you can’t even do a push-up,” it felt like a slight against her activities and fitness level. But it also prompted her to start running and exercising “for real.” She gradually progressed from pounding the treadmill to logging miles outside, and, after graduating, completing some 5Ks and half-marathons.

She was two weeks from a marathon when an injury struck. Kristin signed up to run the race in following years, but things kept coming up that prevented her from competing. And then, about seven years ago, her youngest daughter became very sick.

“That led to a downward spiral of inactivity and weight gain, because I threw myself into her,” Kristin says.

After her daughter was healthy again, Kristin joined a gym but never pushed herself when she used the treadmill, elliptical, or weights. Then came the pandemic. It seemed like things couldn’t stop getting in the way of Kristin being active.

No matter what your goals are, we can help you get there! See amazing results on your own terms in 350+ weekly classes on Openfit Live! Try it here for free.

“Feel the Fear and Do It Anyway” 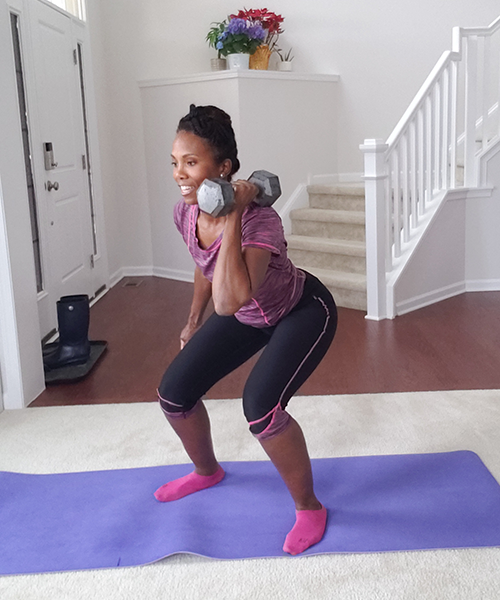 Kristin longed to get back to a normal fitness routine. One day while scrolling through Facebook, she saw an ad for Openfit, which was offering a free trial.

“What do I have to lose?” Kristin thought. She also liked that, since Openfit is an app, she could do the classes anywhere and still get the same experience. She signed up around Memorial Day 2020 with the goal of simply logging on and moving.

The first day, she tried an on-demand Pilates class. “I like Pilates, but I hadn’t been to a class in a really long time,” Kristin says. After she logged off, Kristin felt that she would benefit more from  individualized feedback and motivation during her workouts.

So next she tried an Openfit Live class. “I was really intimidated at first,” she says. “But my motto is ‘Feel the fear and do it anyway.'” She did, and she found the trainer and atmosphere very warm and inviting. And although the moves were challenging and her fitness wasn’t what it once was, Kristin followed the modifications and completed the class.

From there, she stuck to her goal to keep moving and trying new workouts. When someone on the Facebook Openfit Teammates group posted asking for accountability partners, Kristin reached out and soon joined a group chat of a handful of women.

“I used to say, ‘I need to get some new friends,'” Kristin jokes, because her friends didn’t have schedules that allowed them to work out with her. Now she had a number of virtual workout buddies for encouragement and accountability.

The group also introduced Kristin to the themed Openfit challenges. “It seemed scary, but I decided to do it with the others,” she says.

She found herself doing all sorts of classes she typically shied away from, such as abs workouts, HIIT, and sprint classes. “I continued doing these things because I could see it was manageable; I could push through the hard moments,” she says. And at the end of the class, no matter the workout, she always felt amazing and had more fun that she expected. “The challenges encouraged me and forced me to do things I absolutely would not do. It was on the schedule, so I had to do it,” she says. 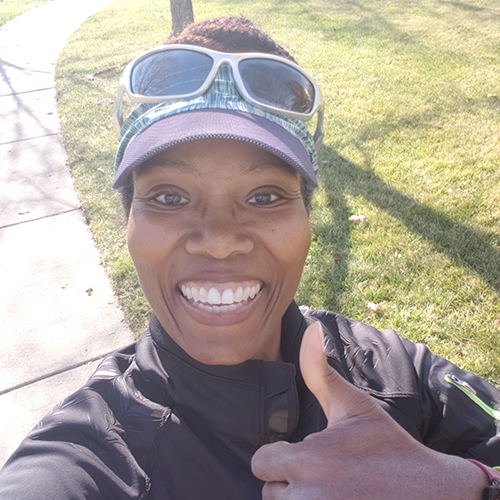 From trying all of these different workouts, Kristin lost about 25 pounds. But her story is about way more than the weight. “I’m sculpted differently,” she says. “I credit that to Xtend Barre. It’s targeted my body in a way that I wasn’t addressing with other classes.” She’s also done sprint intervals (without feeling sore after!), is finally comfortable running again, and has better overall mobility. As for push-ups? A trainer in a Live class one day commented, “Look at those push-ups! You have really been working” because her form is now that good.

But most importantly, Kristin’s mood has changed from night to day. Before she joined, Kristin used an app a handful of times to record her mood. Looking at her entries recently shocked her. “I didn’t realize that’s the kind of headspace I was in,” she says. “I was just getting through each day. Now I feel like I’m living again. Openfit has saved my life.”

A big part of that is the trainers and community, she says. One time, during a Saturday run, her hamstring began hurting so much that she couldn’t finish class. When she logged on to other classes the next week, trainers asked how she was doing. “I’d never experienced that attention and care,” Kristin says. And the Facebook group is always there to listen, encourage, and support, she adds.

“When I joined, I was thinking, ‘Just move a little bit more.’ I got so much more,” she says.