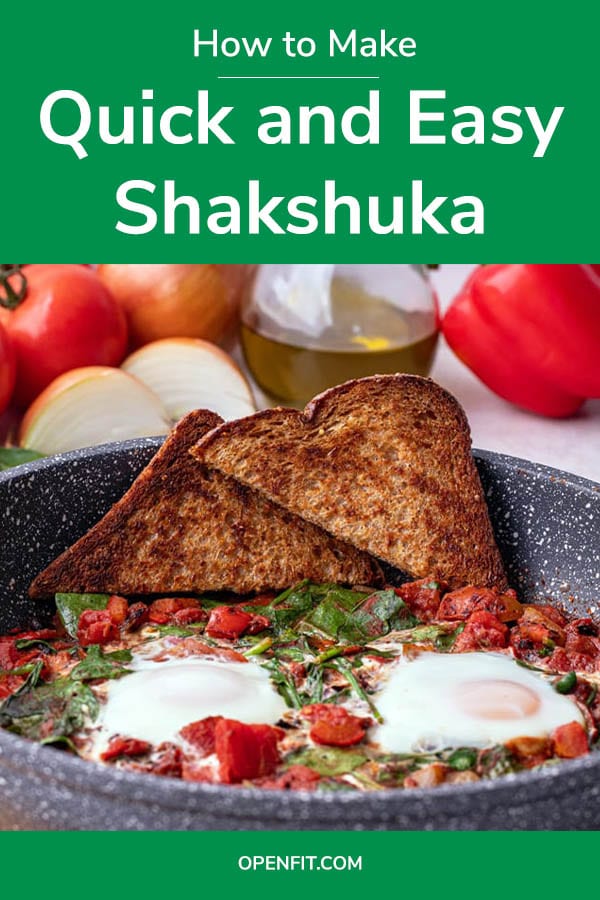 Shakshuka is an Israeli breakfast staple consisting of poached eggs in a tomato stew, usually spiced with paprika and cumin.

If you’ve been out to brunch recently, you’ve probably encountered shakshuka. Sometimes it’s spelled as shakshouka, but with or without that extra “o,” this dish has been making the rounds of trendy menus for the past few years.

But you don’t have to head to your local brunch location to get this tasty breakfast dish. For home cooks, shakshuka is the healthy breakfast you’ve been looking for.

Get control of your sugar habit with Sugar Free 3! It gives you simple instructions to eliminate added sugars, refined carbs, and artificial sweeteners for just 3 weeks. Sign up for Openfit today, and order your book on Amazon for even more tips.

Shakshuka is an Israeli breakfast staple consists of poached eggs in a tomato stew, usually spiced with paprika and cumin. It’s often served in a skillet.

Throughout the Mediterranean and Middle East, you’ll also find variations of the egg dish. The Italians call theirs “eggs in purgatory.” The Greeks make strapatsata. And the Turks serve up menemen, which features scrambled instead of poached eggs. They’re all slightly different, but basically the same.

You may have noticed that hip chefs around the globe have recently been spreading the delights of this traditional recipe from the sunny shores of Bondi Beach to the stylish streets of Brooklyn.

If you’ve ever put ketchup on a breakfast egg sandwich, your taste buds are already primed for the deliciousness that comes from pairing eggs and tomato together. And this shakshuka recipe is roughly a million times better than a greasy deli breakfast and ketchup loaded with hidden sugar. 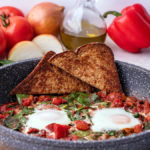 Shakshuka is an Israeli breakfast staple consisting of poached eggs in a tomato stew, usually spiced with paprika and cumin.

Is Shakshuka Easy to Make?

Yes! One thing that makes shakshuka so appealing is that it’s fast and easy to make, but tastes like it took hours.

And when you make it right, it’s healthy! Our take on shakshuka has all the elements you’ll find in the Israeli classic. We also tossed in some spinach for a boost of veggies as well as cilantro and goat cheese (these are optional).

This shakshuka recipe provides a great balance of carbs, protein, and fat. All and all, you’ll get a hearty, 350-calorie meal with 19 grams of protein and 9 grams of fiber.