Skiing vs. Snowboarding: Which Should You Try? 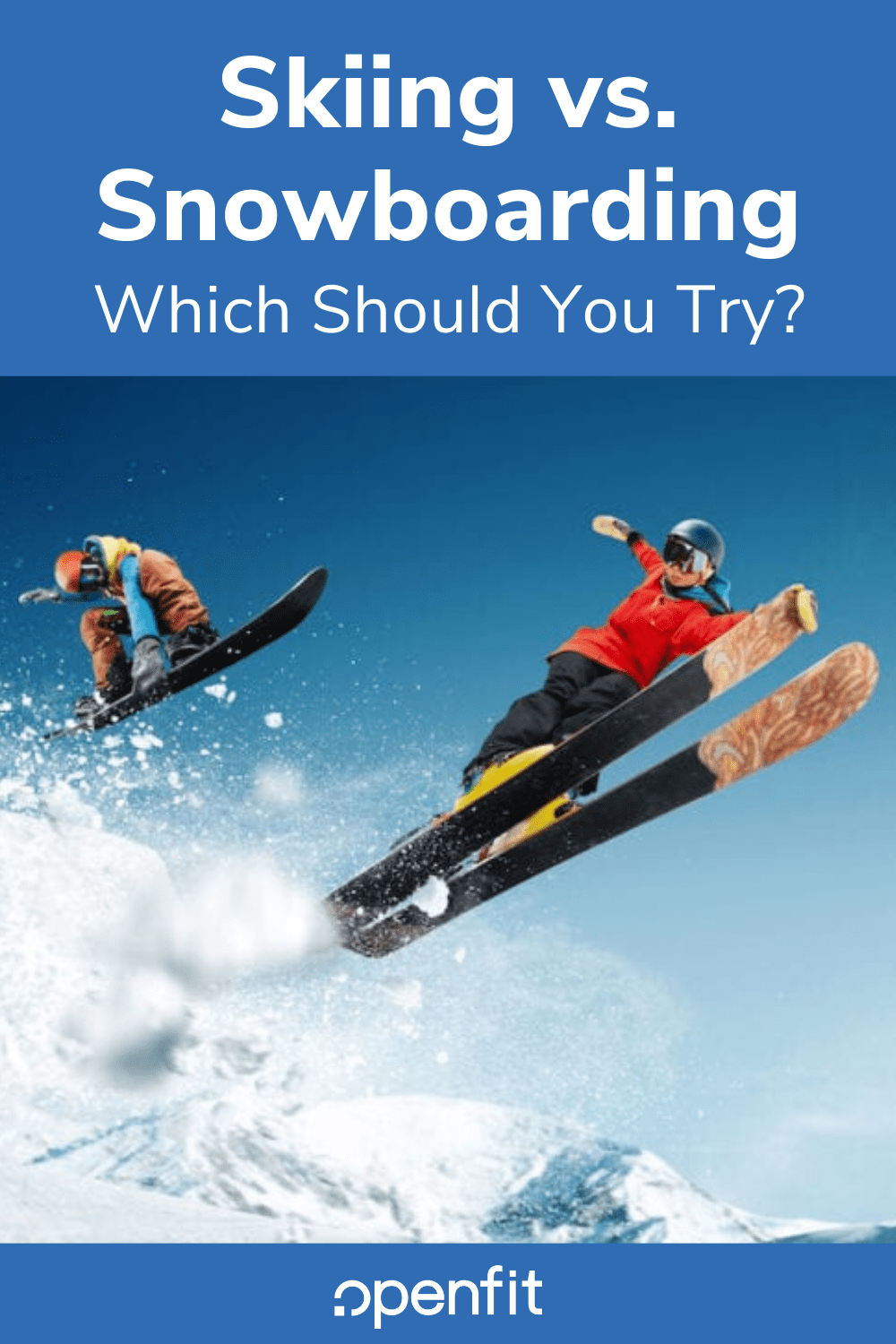 It may be tempting to hibernate indoors when it’s snowy outside, but that’s a surefire way to go stir-crazy. Instead of letting winter get the best of you, why not get the best of winter? Embrace the cold and try a snow sport. Here’s how to decide which winter sport is better for you — skiing vs. snowboarding.

Prep your body for winter sports with Openfit’s T-MINUS 30 program! Get started for free today.

Which Sport Is Easier in the Beginning? 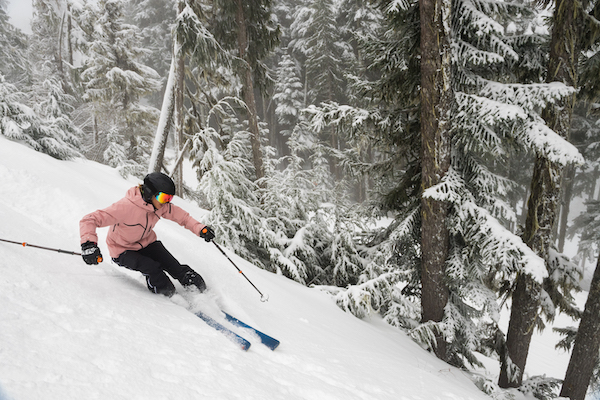 Still, skiing may feel easier at first, partly because the movement may feel more natural. “Skiing emulates what we do in daily life, because we normally face the direction we’re traveling,” says ski instructor Robin Barnes, member of the PSIA-AASI national team. As a result, you’ll likely pick it up pretty quickly: “The average person is comfortably navigating a green [beginner-level] slope in two days,” Barnes adds.

Your first week of snowboarding, on the other hand, can be challenging. Unless you have experience skateboarding or surfing, you probably aren’t used to balancing on a board with both feet and traveling sideways. “You end up sitting down a lot,” Barnes says.

Which Sport Is Easier to Master? 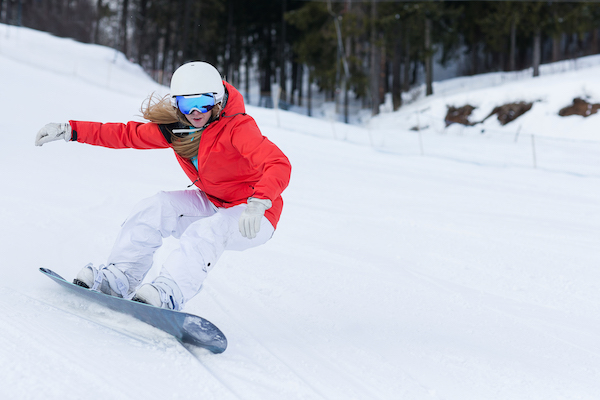 Speed isn’t the main goal in snowboarding, which can make it a bit easier to master. “Snowboarding is really creative,” Gan says. “Whereas skiing is about racing and good technique and going fast, snowboarding is actually a freeform sport.”

On skis, it can take time to get comfortable with going fast. “Skiing requires being able to control your turns before going up and skiing the whole mountain,” Barnes says. Snowboarding can be less technical than skiing, she adds — which means you may feel comfortable moving up to the intermediate slopes a little sooner.

Whichever sport you choose, consider taking at least one lesson. If you try to figure everything out on your own, you’ll probably wind up overwhelmed and frustrated. “You definitely set yourself up for more success if you go for a lesson,” Gan says.

Skiing vs. Snowboarding: Which Is a Better Workout? 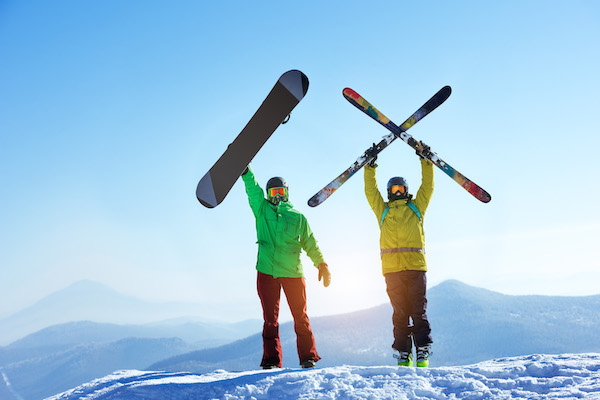 In terms of calories burned, the two sports appear equal. According to the Compendium of Physical Activities, downhill skiing and snowboarding at a light effort both offer 4.3 metabolic equivalents (METs), while a moderate effort bumps your METs up to 5.3. (One MET translates to one calorie burned per kilogram of body weight per hour. That means someone who weighs 150 pounds — or 68 kilograms — would burn about 292 calories in an hour of light skiing or snowboarding.)

Both skiing and snowboarding are like an interval workout. They get your heart rate up for short bursts, and then give you the chance to recover as you ride the chair lift back to the top. Even beginners can expect to score a great workout. “People are surprised that they’re sweating out there on the first day,” Gan says.

That said, each sport will work your muscles in slightly different ways:

So if you’re looking for a killer workout, you really can’t go wrong with either sport.

Ski vs. Snowboard Equipment: Which Is More Expensive?

The cost of any sport depends largely on the equipment. The bad news: Skiing and snowboarding both require a good amount of specialty equipment, from high-tech cold-weather gear to the boots and bindings to the actual skis and boards.

The good news: It’s easy to rent ski and snowboard equipment at most (if not all) ski resorts, so you can try one or both sports without making a big investment. If you rent your equipment, the cost of the two sports should be equal, Gan says.

If you decide to buy your equipment, however, you’ll likely notice some price differences between the two sports. Ski boots and bindings tend to be more expensive than snowboarding boots and bindings. On the other hand, snowboards tend to cost more than skis. So don’t let price be the deciding factor in the skiing vs. snowboarding decision — in the end, Barnes says, both sports will likely wind up costing about the same.

Bottom line? Skiing and snowboarding both offer a great workout. Go with whichever sport you enjoy more, so you’re more likely to stick with it.