Should You Work Out If You Are Sore? 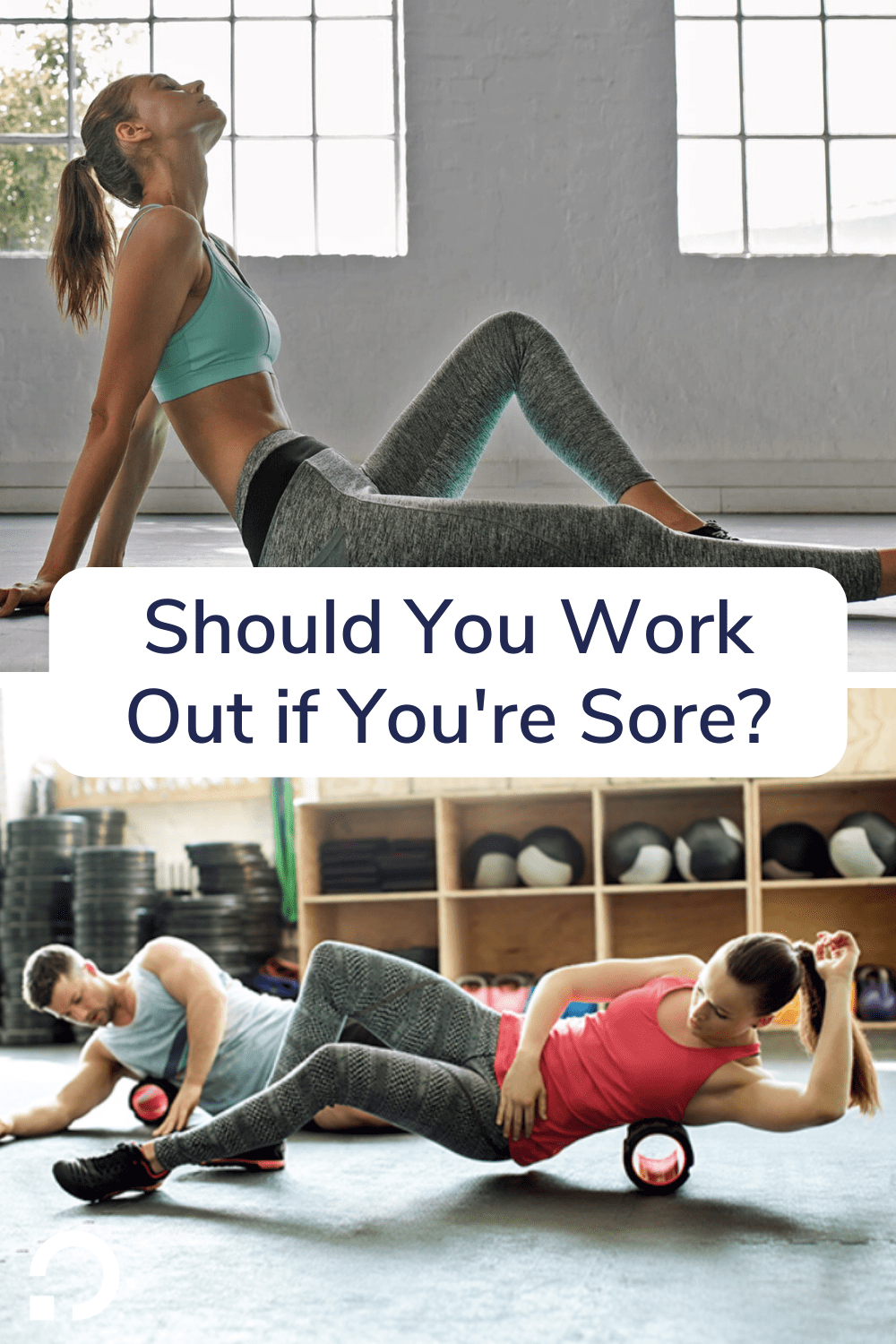 You awaken on gym day fresh off a good night’s sleep, workout clothes laid out, eye of the tiger gleaming. But when you stand up, you realize your body feels like it’s been worked over with a tire iron.

You’re facing the regular exerciser’s classic dilemma: should you work out if you’re sore?

Bottom line: If your soreness doesn’t inhibit movement, compromise form, or adversely affect your performance, then go for it. Soreness is a common aftereffect of exercise, resulting from small tears in muscle caused by new or exceptionally challenging activity, a phenomenon known in fitness circles as delayed-onset muscle soreness (DOMS).

Of course, like most things, muscles respond differently to strenuous physical activity from one person to the next. “Soreness is a little mysterious,” says Angelo Poli, ISSA, creator of the MetPro app. Some people get very sore from very little exercise, he asserts, while others rarely get sore at all — even after a very tough workout.

And research hasn’t always corroborated the one-to-one relationship between soreness and muscle damage. One study found that exercising biceps sore from a previous workout didn’t result in reduced performance or increased muscle damage. So it’s possible that DOMS may not indicate fatigue, damage, or injury at all: it may amount to a whole lot of pain over nothing.

But if you’re experiencing severe soreness — the kind that turns you into a geriatric when you sit up — sit out. When your muscles are tense, and you can’t execute exercises with proper form as a result, then you’re at increased risk of injury. All of which will slow your progress.

How to tell if you’re too sore to work out

How do you solve the workout-while-sore conundrum? Stop thinking in absolutes, says Poli: “Soreness isn’t either/or,” he says. “It’s a continuum.”

• On one end of the soreness spectrum is mild soreness. When you contract the muscle, you’re aware you worked it, but daily activities like walking or showering still feel normal. In that case, proceed as planned.

“If you always avoid exercising when you’re the slightest bit sore, you probably won’t make much progress,” says Poli. Some muscle soreness is inevitable.

• On the other end of the spectrum is soreness so intense you can barely climb stairs or comb your hair. Poking at the muscles is agonizing. You might even feel vaguely feverish. In those cases, stay home.

“Exercising the same muscle group when you’re that sore interrupts the recovery cycle,” says Poli. “You’re breaking down the muscle tissue before it’s had a chance to recover from your previous workout.” Go home and live to lift another day.

Benefits to Working Out While Sore 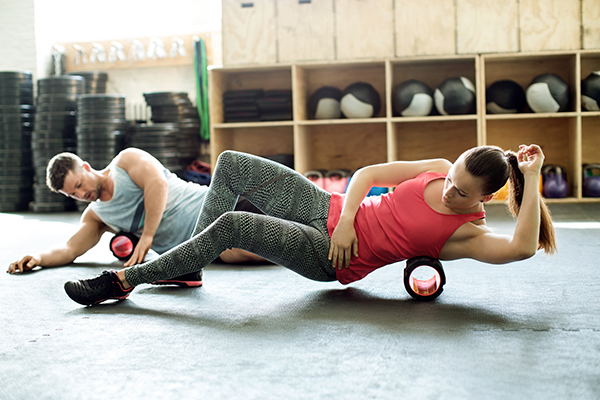 Assuming you’re dealing with garden-variety DOMS, there are some advantages to working out while sore. “Light movement can relieve DOMS almost instantly,” says Poli.

If your lower body is sore, walking, easy hiking, or even jogging can temporarily banish stiffness and pain. If your upper body hurts, rowing and swimming similarly helps get the kinks out.

Unless you’re sore from head to foot, you can also work around DOMS. Legs trashed? Hit your upper body, and vice versa. Chest and shoulders sore? Hit curls and pull-ups instead of presses. “There’s almost always something you can do, and that way you won’t lose ground on your fitness,” says Poli.

Though some exercisers consider DOMS a badge of honor — and a reliable harbinger of strength and muscle gains — soreness doesn’t work that way. “You can be sore and not get stronger, and you can get stronger without getting sore,” says Poli.

Instead of chasing soreness in the gym, work at getting incrementally stronger on basic compound movements like squats, deadlifts, lunges, presses, pulls, and rows. Sore or not, you’re certain to make measurable progress.

Are There Risks to Working Out When Sore? 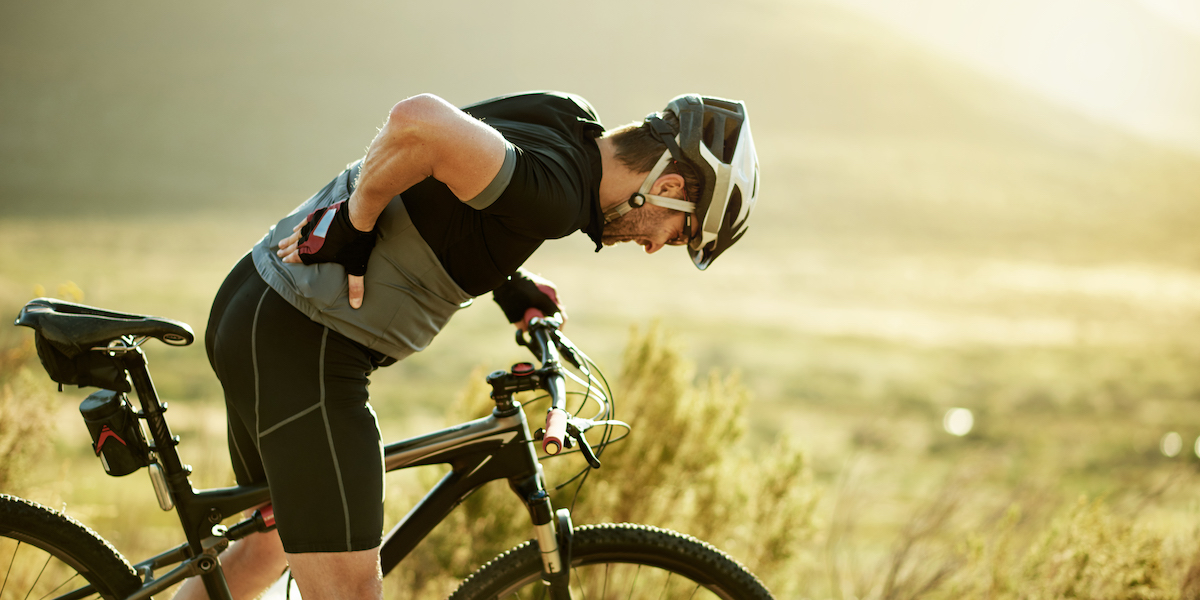 You’re unlikely to hurt yourself if you work out while you’re a little sore. Especially if you avoid single-joint, isolation-style movements of the affected muscles (curls, lateral raises, leg extensions) and focus instead on compound, multi-joint moves like rows, presses, and deadlifts.

If you power through debilitating soreness over long periods without reducing the effort or volume of your workouts, you risk:

The latter condition may be characterized by extreme fatigue, changes in appetite, thirst, and other symptoms. 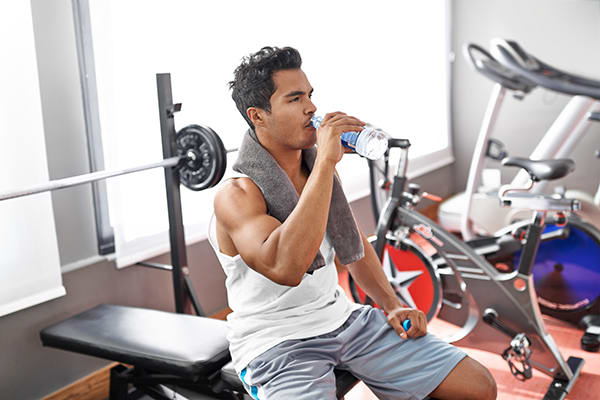 The number one strategy for preventing DOMS is easing into new exercises and activities gradually.

“I’ve seen people who can squat and leg press huge weights, but get sore from an hour of horseback riding,” says Poli. That suggests it’s the novelty of the stimulus — more so than the difficulty — that makes you sore.”

So when you perform new activities, take it slow. Do less than you think you’re capable of: lighter weight, fewer reps, fewer sets. Nudge load and volume upward over time, and you’ll minimize soreness.

The following additional strategies are less effective, but may still help:

• Warming up before exercise is always a good idea, and some research suggests it may reduce DOMS afterward.

• Drinking coffee prior to a workout may reduce DOMS after it, according to a 2013 study.

• Fish oil has also been shown to reduce soreness, probably by tempering some post-workout inflammation.