Get to Know the Trainers of Rough Around the Edges

Rough Around The Edges is a one-of-a-kind workout program designed to serve those looking for a high-energy workout that’s anything but boring. And one of its most exciting advantages is the motivation that comes from the program’s unique team of trainers.

While you see them kicking, punching, and dancing in class, we thought you might want to get to know a little bit more about who these badass women are. So keep scrolling for more on each Rough Around the Edges trainer.

Haven’t tried a Rough Around the Edges workout yet? Get started for free today! 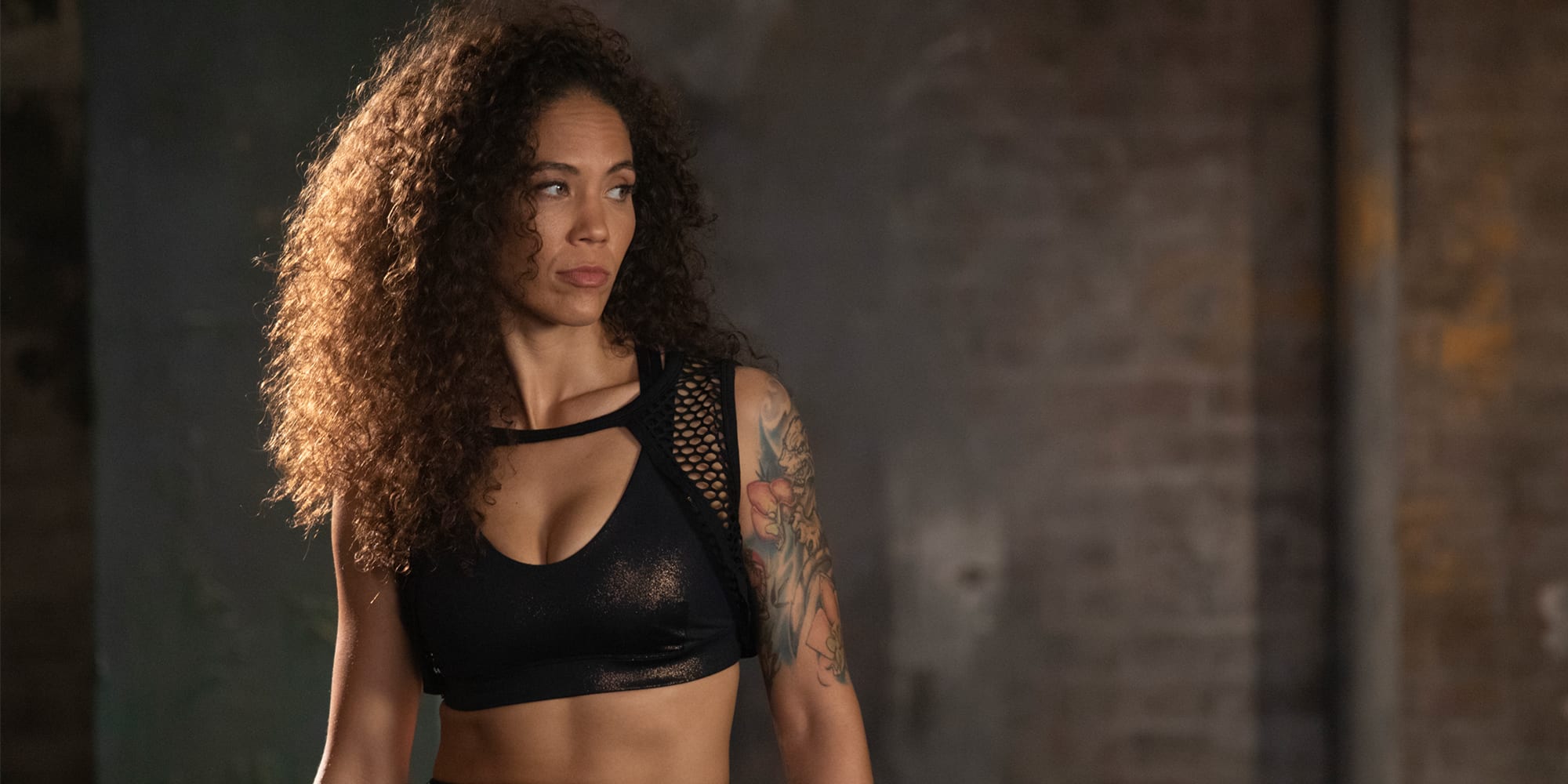 Being a stuntwoman is just as much acting as it is stunt work, Anisha tells us: “I need to be able to watch an actress come around a corner and notice if and how she crosses her feet. I have to know which hand she uses to hold the prop gun, so everything will match in the shot.”

Anisha applies that same attention to detail to fitness — every little workout counts! For an added boost of fun in class, she adds some dance moves to each workout she leads, drawing from her extensive background in dance and touring with T-Pain.

Meet her in: Street Dance Cardio in Rough Around the Edges 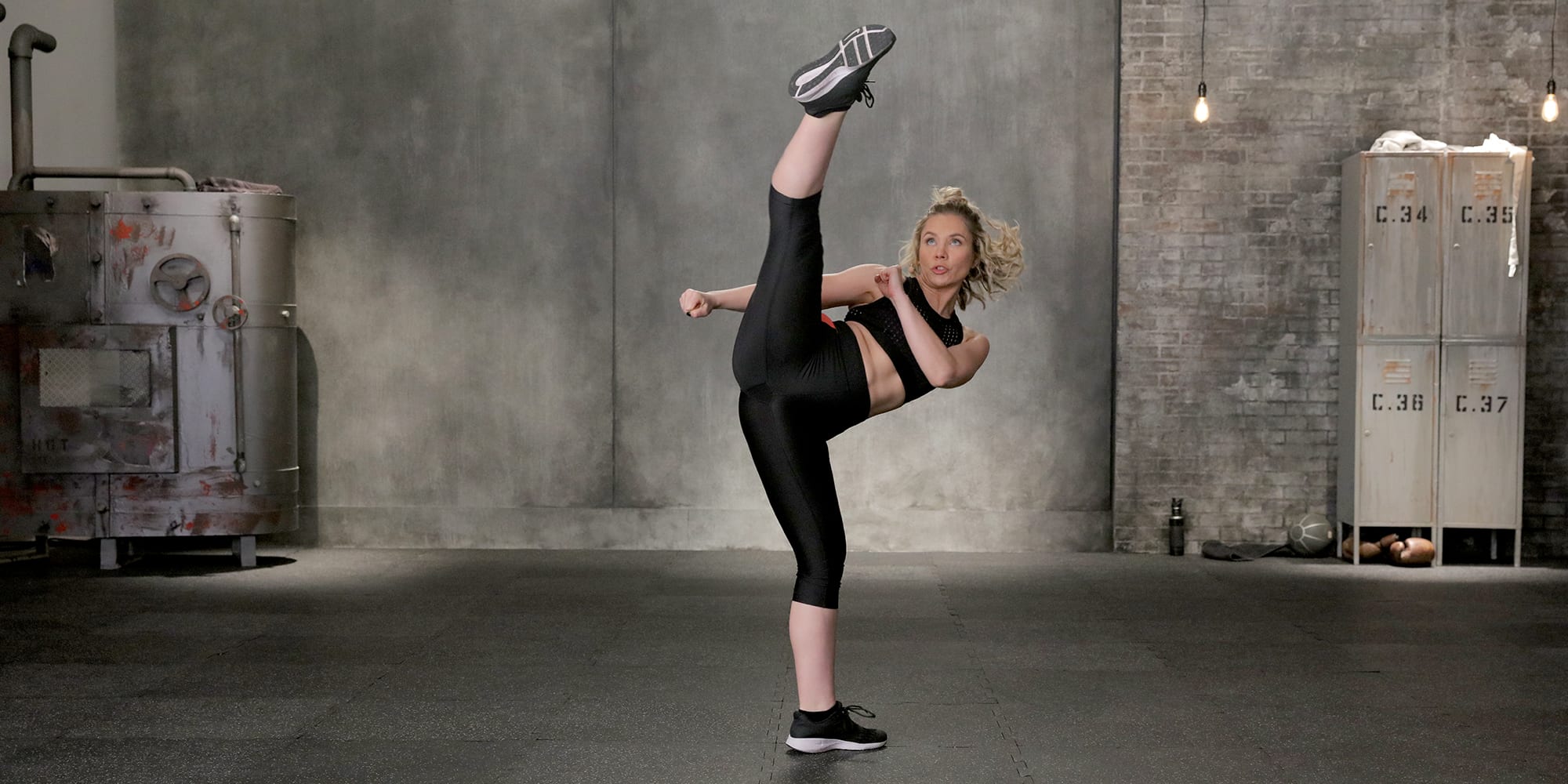 Amy has been studying martial arts her entire life, which is only natural when your dad is an MMA champion. She’s also written a book on what it’s like being a stuntwoman in Hollywood.

On being a stuntwoman: “So many people think stunt performers are daredevils or crazy adrenaline junkies, but there’s so much practice, rehearsal, thought, and science that people might not be aware of.” All of those years of practice are given the spotlight in each Rough Around the Edges class she guides. She’ll motivate you to reach your toughest goals through persistence and perseverance.

Meet her in: Fight Fit in Rough Around the Edges 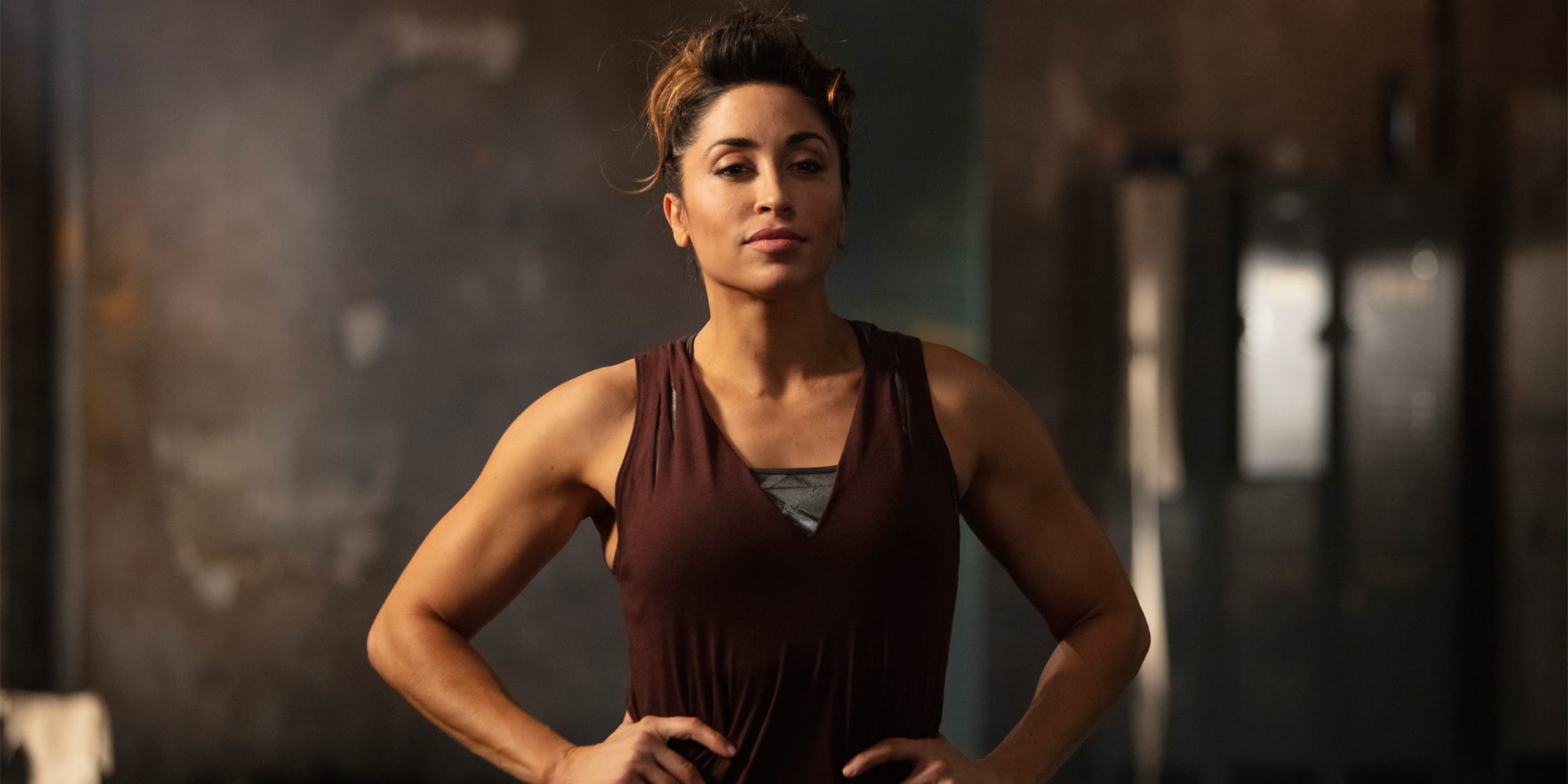 Fitness has been a lifelong love for Michelle, she tells us: “For many kids, it’s normal to be active. But I didn’t want to be normal. I wanted to be extreme. I was inspired by Dominique Dawes and the rest of the Fab Five crew that went to the Olympics.” Drawing from that inspiration she started gymnastics at the age of 3, and martial arts at 10.

Some motivational words that she lives by come from those closest to her: “My mom used to say that 90 percent of the challenge is showing up, and I love that wisdom. Even if you haven’t worked out in five months, show up anyway.” When you show up to a workout with Michelle, she’ll leave you feeling pumped, positive, and ready for more.

Meet her in: Burn Like a Boss in Rough Around the Edges 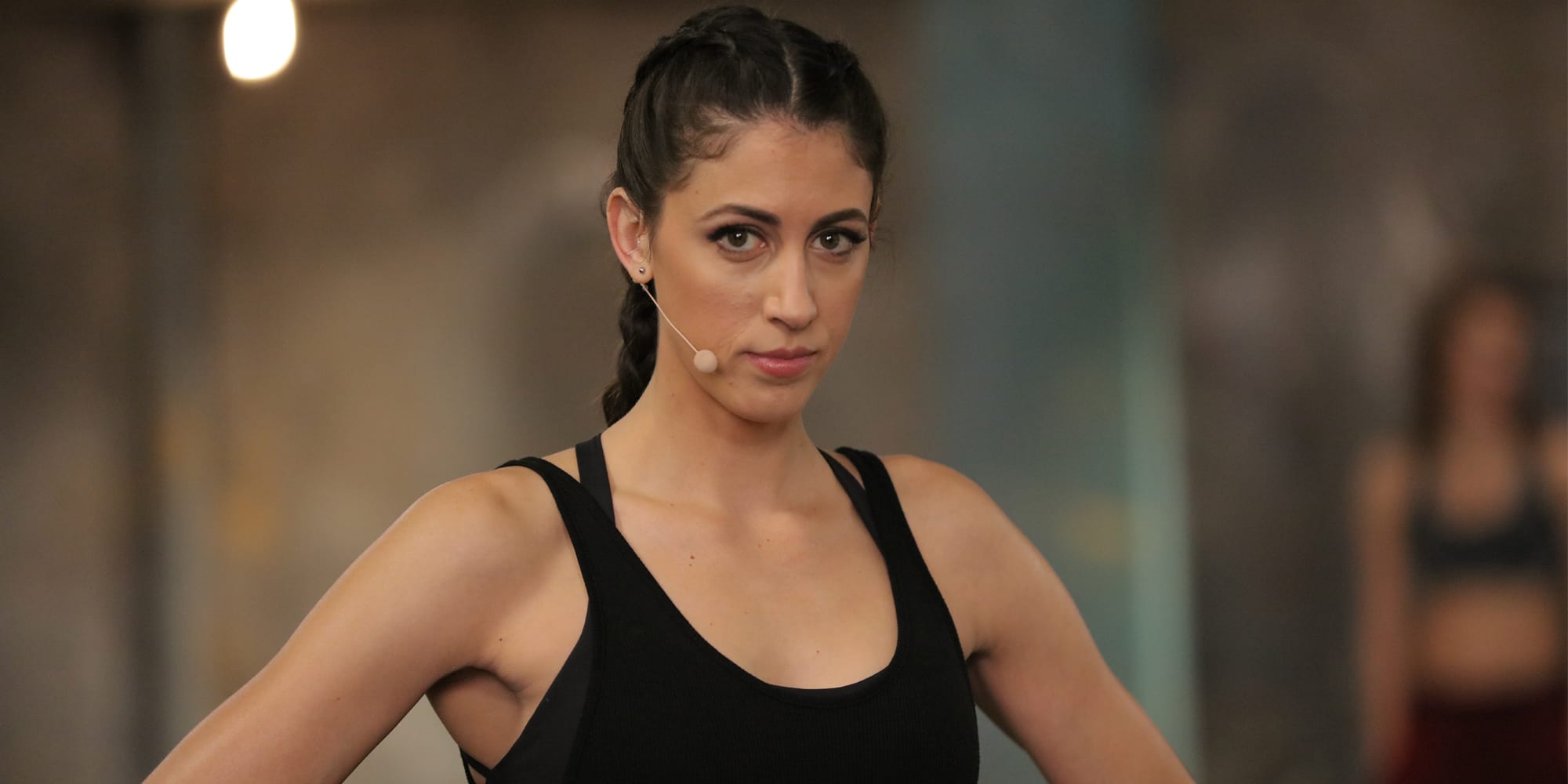 After competing in various martial arts tournaments across the country, Caitlin caught the eye of none other than Jackie Chan. “Jackie found me on a tournament on ESPN in Orlando,” she says. “Then, I got an email about doing a movie with him and ended up going to China about six months later and starring in his film Chinese Zodiac.”

From there she became a natural stunt woman. Her tip for keeping herself motivated comes from her competitive streak: “You have to keep getting better because everyone else out there is getting better as well. I just always say, ‘Never give up.'”

Meet her in: Karate Kardio in Rough Around the Edges 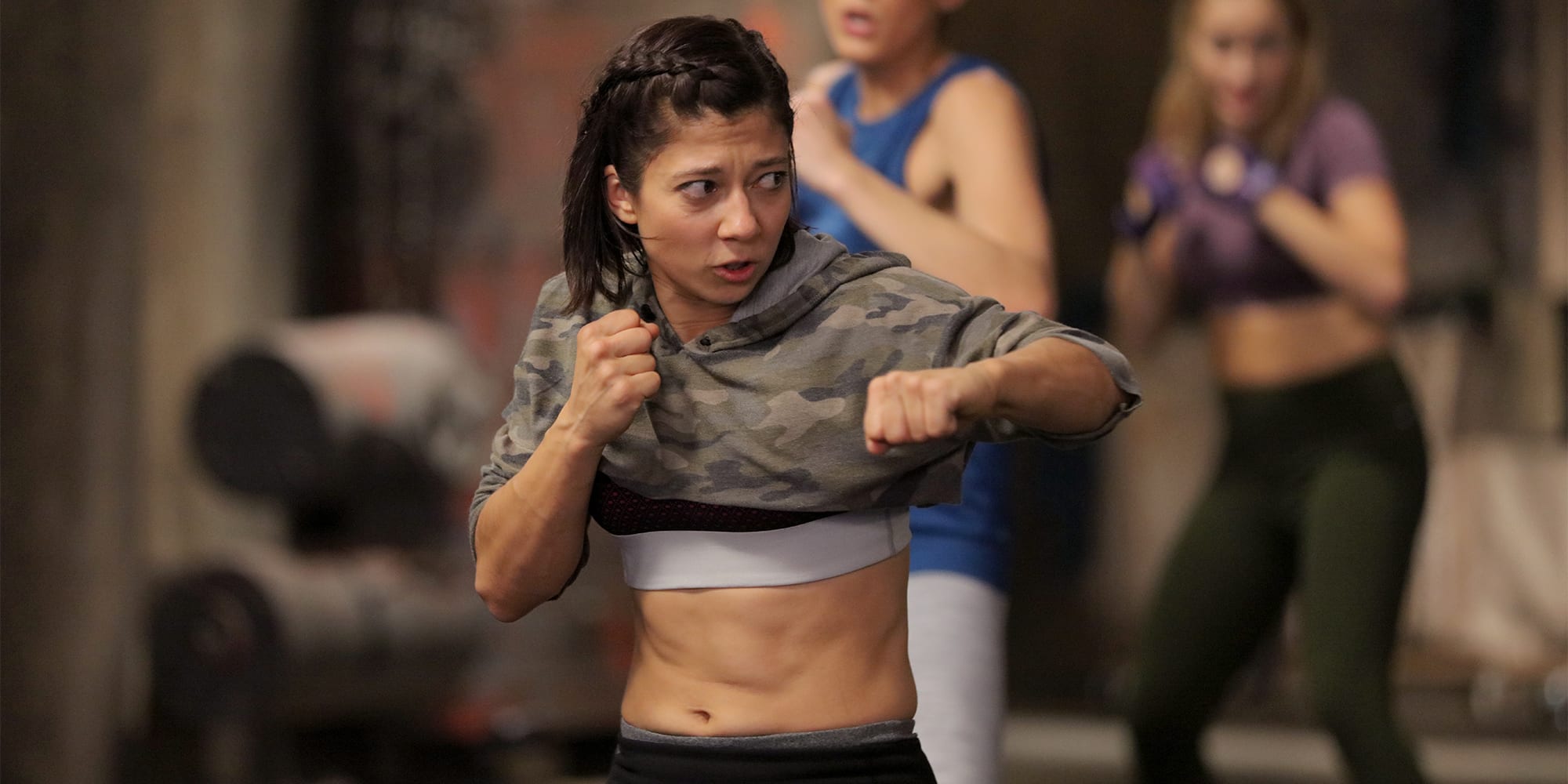 After getting into Taekwondo as a kid and, later, sport karate, Thekla noticed many of her peers making strides in stunt work in Los Angeles so she decided to follow suit. Now an established stuntwoman with extensive experience in motion capture, she’s learned to focus on all 360 degrees of a move demanded by more-exacting CGI technology.

Not all stunts are flips and tricks though, she tells us: “I did have to learn how to ride a Segway for a stunt once, which was fun. I got to go in early on the day and just ride the Segway around the lot for like three hours. Then I had to ride it into a couch and fall off of it, which was actually harder than you’d think because it’s balanced so well.” She brings the same fun and charisma with which she attacks a Segway to every workout!

Meet her in: HIIT It in Rough Around the Edges 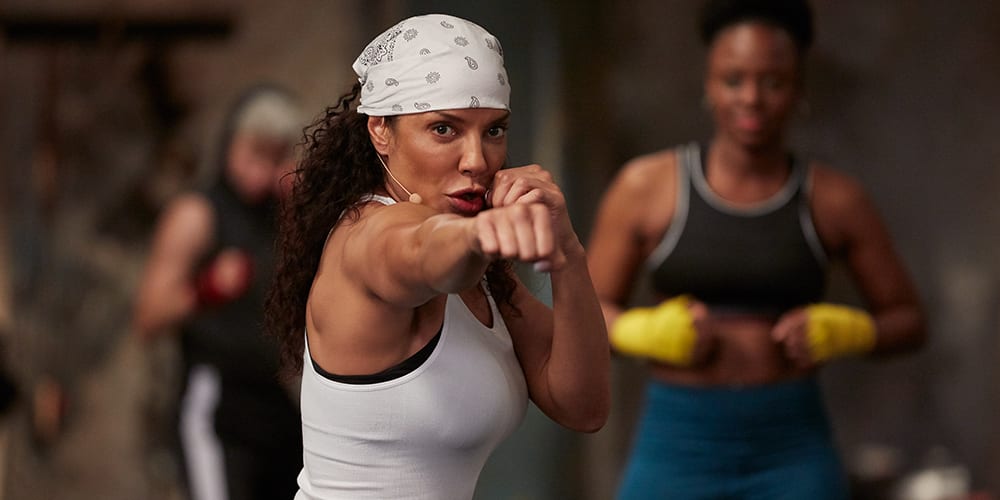 Credits: Velvet Buzzsaw (2019) and Life As We Know It (2010), competed as “Panther” Corinne on American Gladiators

Corinne began her career as a police officer in Canada, and discovered her skill for fighting on the police boxing team. From there she left the force and began a successful career as a professional boxer and, later, a host on ESPN. And when we say successful, we mean she became the No. 2-ranked female boxer in the world.

To get herself up and out of the house on days when she’s lacking motivation, Corinne tells us, “I think about what my goals are and what I want to accomplish in my life and who I want to be — that’s what gives me the motivation.” While finding the drive to work out might be a hurdle for some of us, Corinne is proof that with time, motivating yourself will only get easier: “You have to choose to be the best version of yourself that you can be. And you have to invest in that. If it’s not important to you, you’ll make excuses.”

Meet her in: Booty Building Boxing in Rough Around the Edges

Check Out This Rough Around The Edges Workout Calendar

If you're ready to shake up your fitness plan, check out Rough Around The Edges on Openfit. Follow this 30 ...

Add Music to Your Workouts With These Customized Openfit Playlists

Cue up these workout playlists when you're doing your Openfit workouts. Available for Xtend Barre, Rough Ar...

See the incredible results from people who completed the Rough Around the Edges program on Openfit! Sign up...