What Exactly Is Rhodiola and the Benefits of This Trendy Adaptogen? 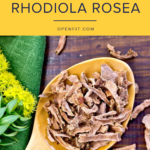 Rhodiola (also known by its botanical name, rhodiola rosea) is an herb that’s long been used in Europe to help promote physical endurance and combat the effects of high altitudes for hundreds of years. And, since this botanical has historically been used to help temporary anxiety and fatigue, it has become mighty popular in our modern, stressed-out, wellness-loving world. It’s now pretty easy to find rhodiola extract, rhodiola supplements, and even herbal shots that contain the herb.

Read on to find out the benefits of rhodiola root, how you can take it, and why it’s important to be selective about rhodiola (and all herbs).

What is Rhodiola Rosea?

Rhodiola is a herb that is classified as an adaptogen, and/or mild stimulant, depending on how it is used, says Kelcie Harris, ND, a naturopathic physician based in Redmond, Oregon. The root of rhodiola is used to make herbal supplements — also goes by the names of arctic root, golden root, rose root, and king’s crown.

The herb is native to the northern regions of Alaska, Europe, and Asia, and has historically been used for its beneficial purposes in Iceland, Sweden, France, Russia, and Greece, says Harris.

What Are Rhodiola Benefits? 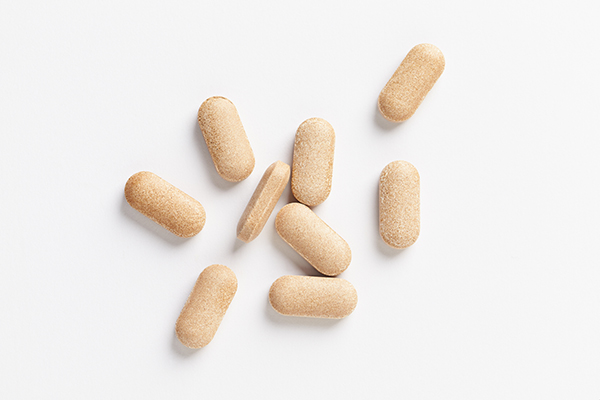 Adaptogens, like ashwagandha and rhodiola, are “substances that encourage the body’s physiology to return to a normal state after a stressor has been encountered,” says Harris. rhodiola rosea is used for a variety of conditions including fatigue, temporary anxiety, and burnout. It can also be used to help increase endurance.

But the benefits of don’t stop there: “It is known as a stimulant because it can enhance physical endurance, as well as help the nervous system through its antioxidant effect,” says Dr. Alissia Zenhausern, NMD, a naturopathic physician at NMD Wellness of Scottsdale, Arizona.

Harris says that researchers have identified at least 140 compounds in rhodiola with beneficial properties (rosavin being the best known). “The way these compounds interact with human physiology is complicated, and more research is needed at this time,” she says. “Herbs act synergistically and it is likely that these compounds work together to achieve the effects we see with rhodiola.”

Here are some of the other potential benefits of rhodiola rosea.

As an adaptogen, rhodiola rosea has been traditionally used to help increase the body’s resistance to stress and has a beneficial effect on neurotransmitters, says Zenhausern. As such, stress support is a common reason why people get curious about this herb.

In addition to its traditional use, rhodiola has been researched and shown promise in helping with temporary anxiety, says Harris. One 2008 study showed significant improvement in generalized anxiety after participants took 340 mg of rhodiola rosea extract for a 10-week period, she says.

Zenhausern adds that its adaptogenic qualities make it great for mild anxiety, but it is important to note that this plant may take time to work so it needs to be taken consistently in order to get its full effect.

Recent research supports the traditional use of this herb for mood support. Harris explains that the herb and its active constituents are believed to “act on the cellular level to mediate the stress response and mood.”

A study conducted on rats found that rhodiola rosea stimulated the release of norepinephrine (aka our “fight or flight” hormone) and dopmine, when taken in combination with citrus aurantium.

Panax ginseng and rhodiola rosea are both adaptogenic herbs that are popular among athletes, especially those who compete in endurance sports. In one study, ingesting rhodiola rosea an hour before a workout resulted in a lower heart rate and faster speed during a 6-mile cycling time trial compared with a placebo.

These findings suggest that exercise performance may be improved with acute ingestion of rhodiola rosea, possibly due to a decreased perception of effort by the participant, explains Harris. In other words, you can push harder without feeling like you’re working more!

The idea that this herb can help you lose weight — or maintain a healthy weight — hasn’t been shown, but there are some promising results. One study with rats found that the rosavins in rhodiola may contribute to a decrease in visceral fat.

And in human studies, it was found that rhodiola rosea may also help support weight loss, since it “can decrease cortisol, our main stress hormone,” says Harris. Too much cortisol can lead to an increase in appetite, increased body fat, increased sugar and carbohydrate cravings, and even poor sleep quality, which can also lead to weight gain.

How Can I Take Rhodiola?

As with all supplements, there are things to consider before taking this herb, as it can have side effects for certain individuals.

“Rhodiola is a stimulant and can therefore cause overstimulation and sleep disturbance with excessive use,” says Harris. “It may also cause dry mouth or dizziness in some individuals.”

In determining how much to take, always follow instructions on the label of your supplement or talk to your health-care provider. “Always consult with your doctor or naturopathic physician prior to starting any herbal medicine,” Zenhausern adds.

What Is the Best Brand of Rhodiola?

You can find rhodiola supplements at your local health-food store, co-op, and many mainstream pharmacies and supermarkets.

Both Harris and Zenhausern say it’s important to chose brands that do independent third-party testing to ensure quality and purity.

“Many companies make false claims about their ingredients or the amounts of ingredients their products contain,” says Harris. “Third-party testing gives an unbiased assessment of the quality and contents of a product.”

Anytime you shop for a supplement, consider these questions: Are they processed without harmful solvents or other additives? Is the company reputable? Do they offer proof of the tests they perform (including verification that what’s on the label is really what you’re buying and that they’ve tested for microbes, heavy metals, etc.)? Are they making claims that sound too good to be true? Keep in mind that supplement companies have to abide by industry standards for their claims, which are regulated by the U.S. Food and Drug Administration.

To get you started, here are a few popular rhodiola rosea supplements to consider: