Looking to Boost Your Fiber Intake? We'd Like to Introduce You to Psyllium Husk

High-fiber diets are linked to better heart health, gut health, healthy blood sugar levels, and weight loss. But despite all those benefits, many people aren’t getting enough fiber. “Americans need 25-38 grams of fiber per day and the current average intake is less than 15 grams,” says Kristi King, MPH, RDN, LD, CNSC and spokesperson for the Academy of Nutrition and Dietetics. Enter: psyllium husk, a convenient and concentrated way to boost fiber intake!

We know what you’re probably thinking: there are dozens of fiber sources out there…what makes psyllium husk so special? Read on for a full breakdown of what it is, what it does, and how much to take if you want to take a psyllium husk supplement.

For more info on supplements and nutrient rich products sign up for Openfit for free today, with workouts and meal plans straight from the experts you’ll be one step closer to your bod goals!

What Is Psyllium Husk?

Psyllium husk is made by removing and grinding the husk on seeds from the Plantago ovata plant, which is grown worldwide. It’s rich in soluble fiber, and was traditionally used in Chinese and Indian herbal medicine to improve bladder, cardiovascular, and skin health. Now, you may recognize it as an ingredient in over-the-counter laxatives and fiber supplements, like Metamucil.

What Foods Have Psyllium Husk in Them?

“Beside the herb itself, there are foods that are fortified with psyllium husk, including cereals and baked goods,” King says. “Eating these fortified foods would be the only way to get psyllium husk besides an actual fiber supplement.” 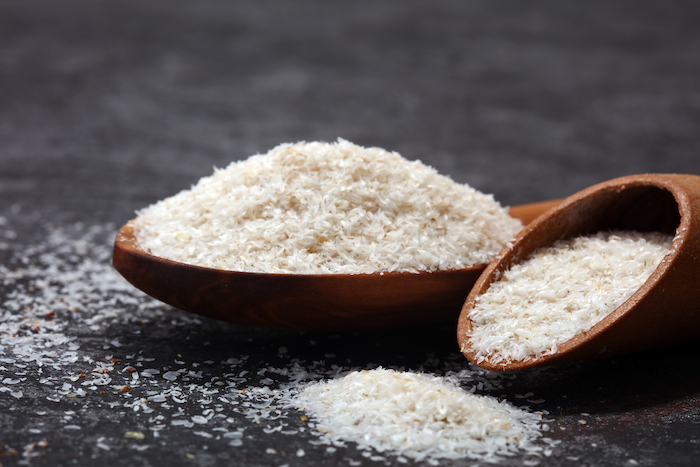 What Are the Benefits of Psyllium Husk?

There’s a lot of research on the benefits of psyllium husk. Most are focused on the gut, but this fiber proves useful for the whole body. Let’s dive into the benefits and science behind those claims.

Psyllium husk can help keep you regular by relieving both occasional constipation and diarrhea. Its special superpower is grabbing onto lots of water and forming a thick, slippery gel. The gel bulks up stool to help you transport waste like a pro.

Bulkier stools ease constipation by pushing against the colon wall to stimulate nature’s call. And in cases of mild diarrhea, psyllium husk can soak up extra water and slow the flow.

People with irritable bowel syndrome (IBS) or inflammatory bowel disease (IBD) may find that fiber eases bowel issues. According to current research, it can be hit or miss for IBD depending on the stage of the condition and the type of fiber. But for IBS, a 2017 review finds that supplementing with psyllium can be safe and effective.

“Psyllium is a prebiotic and can help boost the gut microbiota,” King says. A prebiotic is a kind of fiber that helps create a happy home for good gut bacteria, namely bifidobacteria and lactobacilli. More than ever, scientists agree that a healthy gut microbiome is important. Studies show that your microbiome can impact weight management, vitamin absorption, and your immune system health.

Eating high fiber foods can help to slow down digestion, and is believed to help keep blood sugar from spiking. So, the fiber-filled psyllium husk can help to create a thick gel to trap sugars and slow their absorption in your blood stream.

Ready for the research? A small study of 40 diabetics showed that taking psyllium husk supplements before meals improved several markers of healthy blood sugar compared to the control group.

The key is giving psyllium husk some time to work its magic, about 20-30 minutes before a meal. Talk to your doctor before you try this at home if you have any medical condition or are taking any medication. Like any supplement, psyllium husk may not play nice with other medications.

Psyllium husk is a gel-forming fiber that physically fills up your digestive tract without adding calories (remember, it’s not digestible). As a result, you’ll feel fuller and are likely to eat less. A 6-month study involving 141 participants with a metabolic syndrome and type 2 diabetes found that those who followed the same diet lost more weight if they also took psyllium husk. The psyllium husk group lost 7.3 pounds compared to 2.6 pounds for the control group.

If you’re trying to lose weight, psyllium can help, but you’ll still need to improve your diet overall. There is no magic pill. Those research participants followed the American Heart Association diet, but there are other eating strategies that can get you just as far. Learn more about finding a diet plan for weight loss that’s right for you. 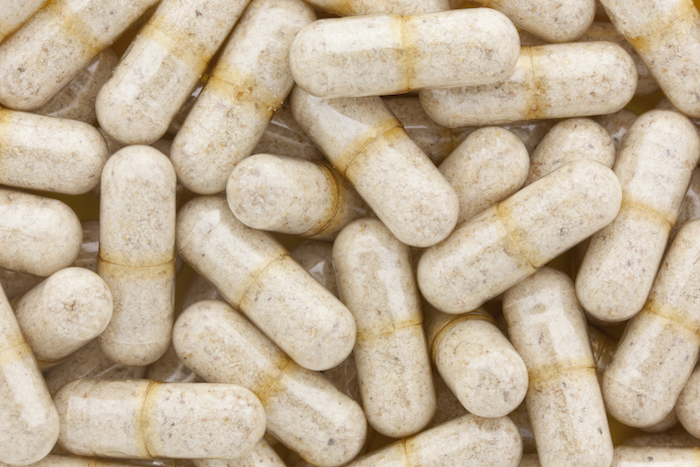 What Are the Side Effects of Psyllium Husk?

Too much psyllium husk can be pretty darn uncomfortable. “The most common side effects include gas, bloating, diarrhea, constipation and nausea,” says Samantha Thoms, MPH, RDN. Her advice is to go slow and drink plenty of water: “Aim to drink an 8-ounce glass of water with every 3.5 to 5 grams of psyllium husk you take.”

Though rare, some people are allergic to psyllium husk, and may experience trouble swallowing, severe stomach pain, cramping, nausea or vomiting, skin rashes . You should always check with your doctor before adding a new supplement into your diet if you have any medical conditions or are taking any medication. 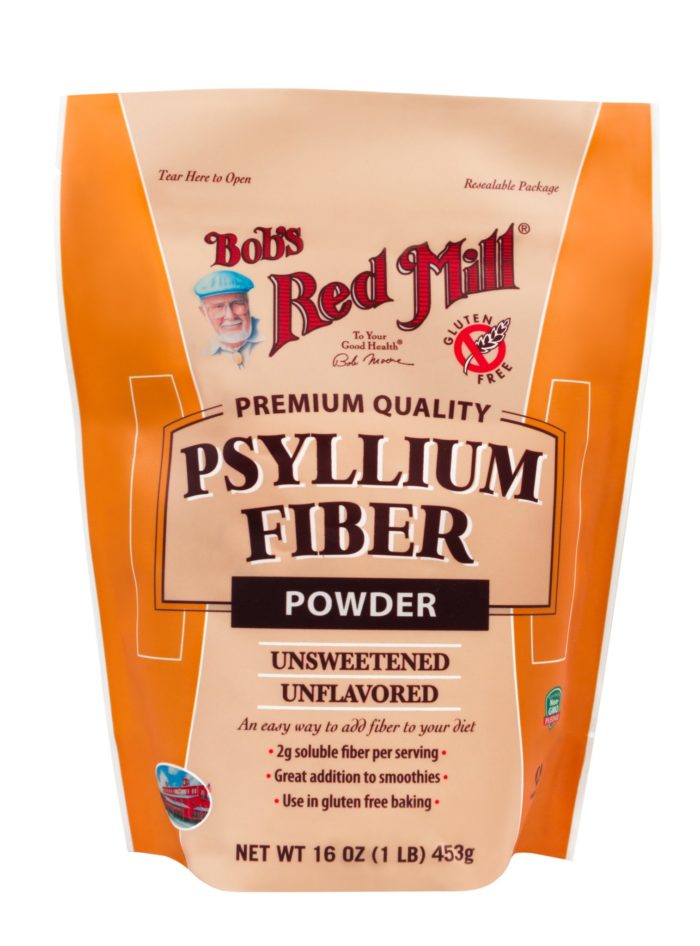 How to Buy: Brands of Psyllium Husk

You can buy psyllium husk as a powder, capsule or liquid concentrate. Just follow the package instructions. A few over-the-counter brands for psyllium husk include: