Why Owning a Dog May Help You Live Longer 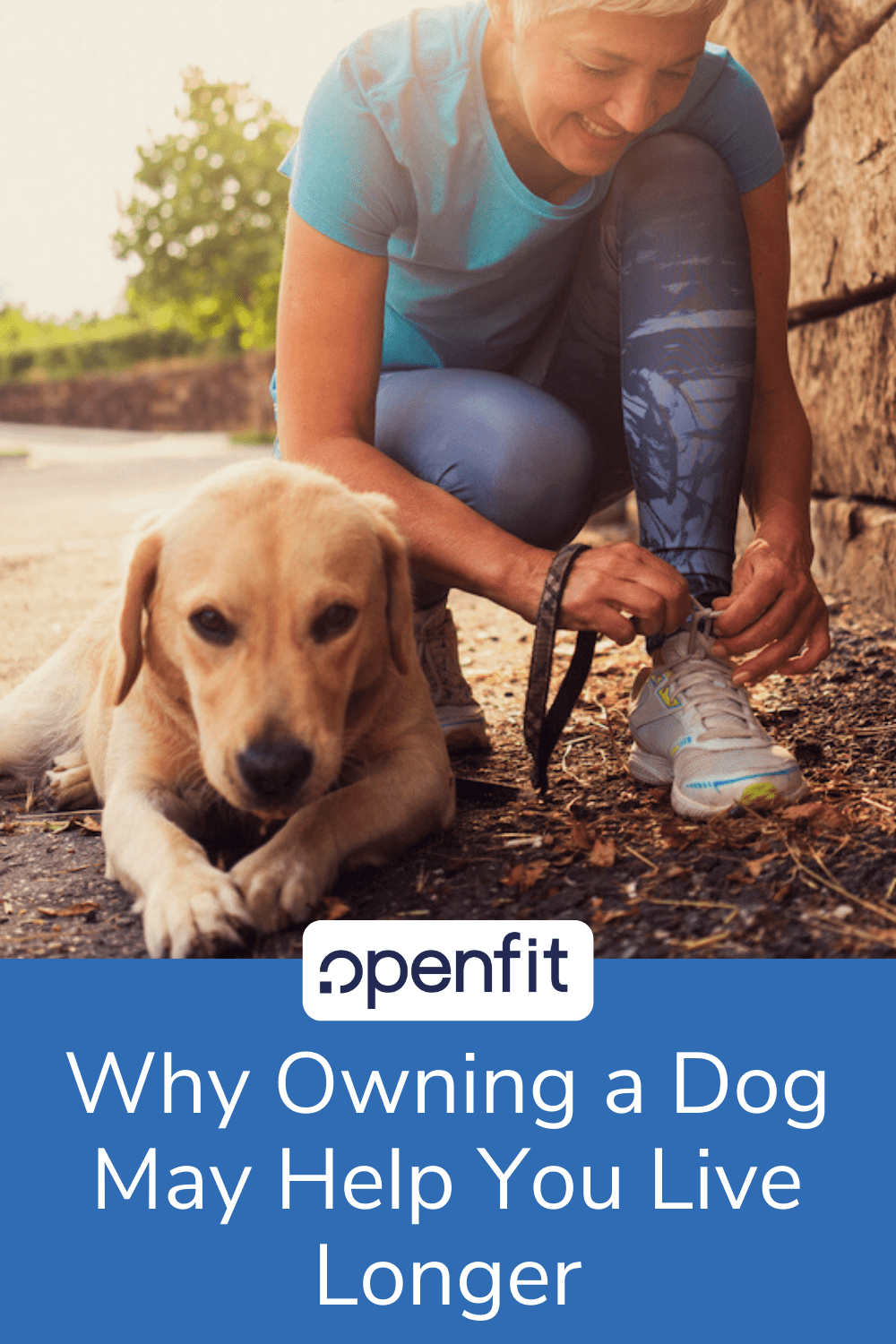 If you’ve ever felt that scanning your Instagram feed for cute dog photos has the near-magical ability to boost your mood, buckle up: A recent study concluded that owning a dog may extend your life.

Keep up with the latest studies with Openfit! Sign up for free today.

Researchers at the University of Toronto pored over 70 years of studies to assess whether dog ownership was associated with a lower rate of death from cardiovascular disease. They found that the answer was yes — and that having a four-legged friend correlated to a 24 percent lower risk of death from any cause.

The meta-analysis, published in the journal Circulation, found that in terms of heart health, the results were even better — dog ownership was associated with a 31 percent lower risk of death from cardiovascular issues and a 65 percent lower chance of dying after a heart attack.

It’s possible that having a dog could extend your life by forcing you to get off your butt. “Having a dog was associated with increased physical exercise, lower blood pressure levels, and better cholesterol profile in previous reports,” said Caroline Kramer, M.D., Ph.D., assistant professor of medicine at the University of Toronto, who led the research team. “As such, the findings that people who owned dogs lived longer and their risk for cardiovascular death was also lower are somewhat expected.”

This review of observational studies didn’t look for a link between dog ownership and fitness — and it can only suggest a potential connection between pets and longevity, not prove causation. But the sample size was vast: The scientists looked at data going back to 1950 and involved nearly four million people spanning across the United States, Canada, the United Kingdom, Australia, Scandinavia, and New Zealand.

But increasingly, researchers have been looking at the growing issue of social isolation and its health effects — including that people who report feelings of loneliness seem to be more susceptible to heart disease and have a shorter lifespan than people with strong social connections. Loneliness leads to a stress response in the body, which has been associated with heart disease and other illnesses. Owning a dog might be helpful in that regard, although the researchers called for more (and more specific) studies.

“Additional health benefits of dog companionship, such as positive social-psychological effects, should be taken into consideration as dog ownership can be particularly beneficial for specific populations,” said Kramer.

In the meantime, scoping Instagram and hanging around your nearest dog can’t hurt.