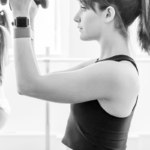 Take an Xtend Barre Live class with Openfit Trainer Casey Wenger, and you can practically feel her energy through the screen. She’s naturally high on life, spreading those good vibes wherever she goes. In fact, from a very young age, she’s been on the go, channeling her abundance of energy into movement.

“Growing up in New York City requires a certain amount of activity in itself — those subway stairs are no joke!” she says. “I also grew up doing theater, so my days were in constant motion. A few of my favorite ways to get moving were — and still are — dance, soccer, long walks, and hiking.”

While studying musical theater in college, Wenger spent summers performing across the country. When she graduated, she continued traveling for theater. During this time, while doing a production in Washington, D.C., Wenger met Jennifer Lorber, the admin of the Xtend Barre Openfit Facebook group. Lorber was also the teacher trainer and lead instructor of the Xtend Barre studio nearby. Over time, she convinced Wenger to come take her class.

From barre to kickboxing and even yoga, choose from over 350 weekly workout classes with Openfit Live! Try it here for free.

“I was absolutely hooked,” says Wenger, who purchased a two-week unlimited class package and took more than 20 classes during that time.

“I love everything about barre,” she says. “Not only does it make sense to me because of my dance background, but I love the community built around it.”

So when Wenger moved back to New York City in 2017, she began working the front desk at the Xtend Barre studio in Tribeca before training to be an instructor there. Eventually, Andrea Rogers, the founder of Xtend Barre hired Wenger to work on the education team.

When COVID-19 hit, Openfit tapped Wenger to become an Xtend Barre Live teacher. “After falling in love with the platform and the teammates, I was trained to teach other modalities as well,” says Wenger, who also teaches HIIT, strength, and walking/running classes.

“I have never seen an online community like the one that Openfit has cultivated,” she adds. “These teammates inspire me to be better, stronger, and more joyful every single day; the least I can do for them is lead them through an awesome workout.”

When she’s not teaching, Wenger loves to try “everything,” she says. “Right now, when I’m not doing barre, I’ll jump into a total-body strength class on Openfit. Strength training makes me feel powerful, and I love watching myself improve and increase weight. I also love foam rolling and will do literally any cardio workout.” As she said, she loves to move! 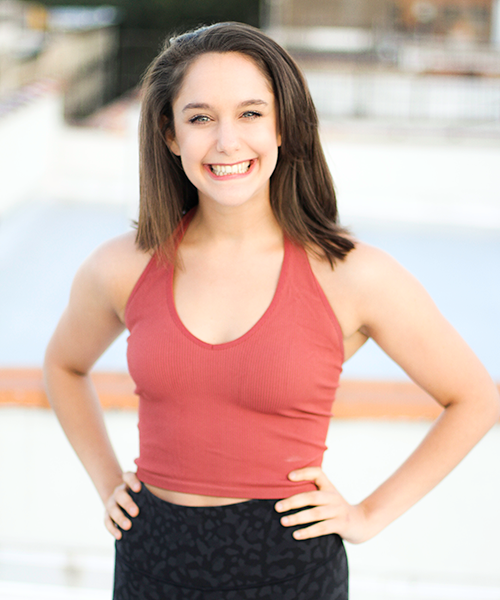 But it’s not only about physical activity. “I take my personal health very seriously and am constantly trying to be the healthiest version of myself possible, physically and mentally,” Wenger says. “Physical activity clears my mind, brings me joy, gives me energy, and makes me feel like me.”

She also spreads joy, not only on the Openfit platform but also by volunteering in her community and through her work with the nonprofit DreamStreet Theatre Company in Brooklyn, New York. Wenger teaches theater classes to adults with developmental disabilities.

“An immediate family member of mine is on the autism spectrum, and I have always been passionate about helping that community,” she says. “DreamStreet is the most inspiring and wonderful organization, and I am honored to be a teaching artist for them. I love watching these artists find their confidence and their voices through musical theater. The work they create is magnificent.”

Fitness isn't all about the number on the scale. These Xtend Barre users count their victories with how the...