Eating One Meal a Day: Is it Really That Bad?

If you’re someone who loves to eat and cook, it’s probably never crossed your mind to even consider eating one meal a day.

But if you can’t cook or loathe doing the dishes — or you frequently find yourself too busy to eat a meal — you’ve probably wondered whether it was really that bad to eat just one meal a day.

Practically speaking, you could save an hour or more on cooking, shopping, and doing the dishes if you ate only one daily meal instead of three. But what does eating once a day do to your body? And is it something you should consider?

Newsflash: It’s not something you should consider — and here’s why eating just one meal a day could sabotage your weight loss. Let’s look at how this habit fell out of favor among humans — and why it’s one you can let go extinct.

A lot of things separate our species from other mammals: opposable thumbs, large brains, pants, and, for the past 10,000 years or so (right up to the end of the Paleo age), a fairly predictable food supply. Before that, humans ate less often — but eating less frequently is a Paleo habit we don’t need to resurrect.

For the vast majority of human history, people ate when they were lucky enough to get a spear into a warthog, stumble across some honeycomb, gather a few nuts, or dig up a tuber. In other words, before the domestication of plants and animals, we ate when there was food available to us and fasted when there wasn’t.

It’s tempting then to imagine that we’re still suited to eat our calories outside of a breakfast, lunch, and dinner paradigm, but Jim White, R.D., a spokesperson for the Academy of Nutrition and Dietetics, casts some doubt on whether we still have the necessary physiology to eat so sporadically.

“Our hunter-gatherer ancestors’ bodies were well-adapted to times of feast or famine,” he says. “Anthropologists have found that one adaptation to the limited availability of food was in the lengths of their small and large intestines, allowing them to survive on less. What we can learn from our ancestors, however, is that we are probably better off eating fewer processed foods and getting more exercise.” 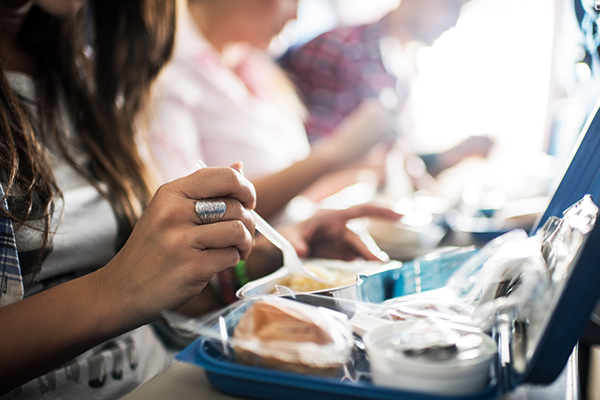 Why Do We Eat Three Meals a Day?

Old habits die hard, and even the digestion-obsessed ancient Romans believed that eating once per day was the healthiest option.

So when did we start eating three meals a day, and do we need three meals a day? This three-a-day eating routine started during the 1500s, but whether three is the magic number is debatable.

Breakfast, lunch, and dinner settled in the time slots we know today after the relatively recent advent of artificial light, the industrial revolution, and the standardization of the working day. But is this daily trio of meals four or five hours apart doing us right? Maybe not.

“I’m not an advocate of people eating according to a clock,” says Krista Haynes, R.D., C.S.S.D., and nutrition manager at OpenFit. “Just because it’s noon doesn’t mean you need to eat lunch because that’s lunchtime.”

Haynes encourages what she calls intuitive eating — focusing on hunger and satiety signals and fueling your body so that it can perform at its best. “That means that you eat enough food to meet your energy and nutrient requirements,” she says, rather than eating certain amounts as dictated by social norms.

Is Eating One Meal a Day Intermittent Fasting?

Eating once per day may seem like a form of intermittent fasting, but there are crucial differences between the two. While proponents say that intermittent fasting helps burn fat, build muscle, and perhaps boost longevity, the fasting studies that showed promise didn’t have people eating once a day as a regular habit but rather during certain hours.

A 2016 rodent study in the journal Endocrinology found that various intermittent fasting techniques can be more effective than reduced-calorie diets at lowering body fat while preserving lean mass.

But the fasting intervals are much shorter than the 23 hours per day that eating just one meal a day would entail. Studies have examined what happens to people should they eat all of their calories in one sitting, and it wasn’t a glowing recommendation.

A 2007 paper published in the journal Metabolism found that subjects who had all of their daily calories in one meal had elevated levels of blood glucose and ghrelin, a hormone that controls appetite (not to be confused with leptin, the one that suppresses food intake). Researchers warned against eating once a day.

In short, if you’re interpreting intermittent fasting as eating once a day, you’re doing it wrong! 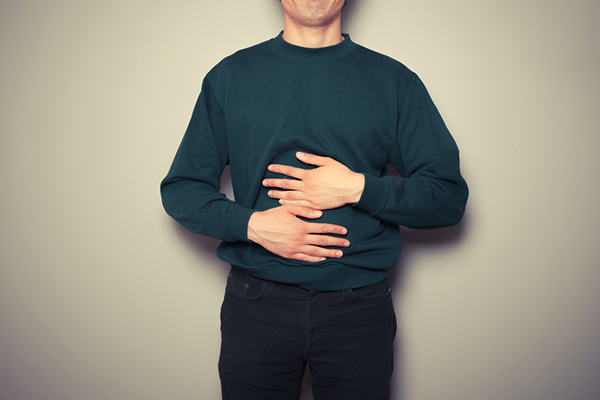 What Happens to Your Body If You Eat Once a Day?

Though Haynes encourages less rigidity around meal timing, she’s far from being supportive of the once-per-day meal plan. Though skipping a meal or two is sometimes beyond our control, eating at regular intervals matters, she says. After you find out what happens to your body when you eat once a day, you’ll likely find time to eat.

“If it happens on occasion, I wouldn’t call it ‘bad,'” she says. “However, eating just one meal a day on a consistent basis has some pitfalls. First and foremost, it’d be very difficult to get your daily recommended calories, macronutrients, and micronutrients(vitamins and minerals) in just one meal, and if you even tried, then you’d be overly full, which in itself isn’t such a good idea.”

That feeling of being too full is what’s sometimes called digestive pressure. Think of it as giving your gut far more work than it can handle. But it’s not just your stomach and intestines that will be put through the wringer should you choose to eat like an anaconda.

Your heart has to work harder to pump more blood to your GI tract, too. What’s more, eating a giant meal may also cause occasional digestive upset (think of it like a rush-hour traffic jam in your gut). 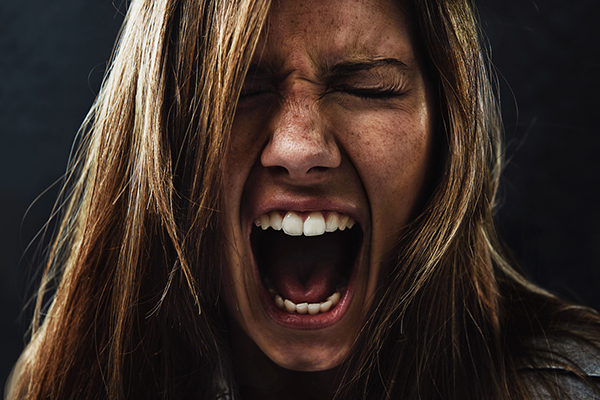 If you’ve ever skipped a meal (or two), you probably know what it’s like to be “hangry.” That is, the combination of hunger and anger that sends those around you running for the hills.

Eating once per day or going too long between meals can cause hanger, and once you’ve experienced it, you’ll know you want to avoid that feeling.

If you think eating once per day will help you meet your health and fitness goals, think again, says White. That plan will backfire, and it can interfere with your ability to have a good workout.

He explains that when we sleep, our metabolism enters a slowed-down fasting state, and if we don’t break out of that fast in the morning, our metabolism continues to run slowly until we do eat again.

“Maintaining that fasting state into the day can also leave us feeling low in energy, unable to concentrate, and irritable,” he says adding that skipping meals sets us up for overeating or making poor food choices when we do finally eat.

Science has White’s back on this one. In a study published in 2012 in the Journal of Circadian Rhythms (aka our sleep-wake cycle), it was found that mice that ate just one large meal per day gained more weight than mice that ate the same total amount of food in two sittings.

Is There Any Benefit to Eating One Meal a Day?

Is there anything positive to say about this habit? In a word, no. There is no benefit to eating once a day. A 12-hour fast (from, say, 7 p.m. to 7 a.m.) is fine, Haynes says, adding that the body will go through several physiological adaptations, including a metabolic shift to the breakdown of fat for fuel.

But then it’s time to break the fast. “If your body reaches starvation conditions, then it becomes more harmful than helpful,” she says. Eating once a day is definitely not one of the best strategies to lose weight. (Find out how to eat more and lose weight.)

Eating once a day might have been a reality for our ancestors, but regular meals and snacks help keep our metabolism running smoothly and energy levels steady. Eating one big meal a day can tax your digestive system and lead to “hanger.” Make time to eat when you’re hungry, even if you need to find some simple, no-cook snacks.