What's REALLY in a Jar of Nutella?

Nutella is up there with pumpkin spice lattes and Sriracha — people are crazy for it.

But you’ve probably seen the photo of Nutella ingredients that went viral on the internet. Seeing the thick layers of sugar and palm oil compared to the much thinner layers of hazelnuts and cocoa powder made at least a few consumers reconsider their toast topping.

So is Nutella the devil or a treat that’s OK to eat? (In moderation, of course).

We consulted a dietitian and Ph.D. nutritionist for their expert opinions on this popular chocolate-hazelnut spread.

No salt-added varieties have about five milligrams of sodium, while salted PB has about 152 milligrams.

When you consider Nutella versus any nut butter, plain nut butter generally has more healthy fats and protein and less carbs and sugars. And pretty much any nut butter tastes great on the same things you’d put Nutella on.

“I don’t find any redeeming qualities about Nutella,” says Krista Maguire, R.D., C.S.S.D. and nutrition manager at Openfit. “Even if it has a little bit of calcium and iron and it’s low in sodium, there are so many more healthful alternatives that you can consume to obtain those nutrients.” 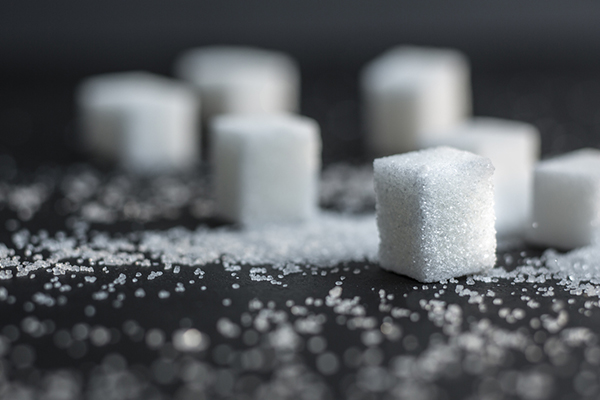 “One serving of Nutella contains 21 grams of sugars, which is 84 calories, or just about all you’re going to get for the full day — and mind you, the recommendation is for the maximum daily amount. You should always shoot for less,” Maguire says.

Less is better as excess sugar consumption has been linked to weight gain, high blood pressure, and increased risk of diabetes and heart disease.

Adding insult to injury, palm oil is the second ingredient in Nutella. Although all oils contain about 120 calories per tablespoon, it’s best to be mindful of the ratio of saturated to unsaturated fat.

“Palm oil has about seven grams of saturated fat, and about six grams of unsaturated fat per tablespoon, making it a less than stellar choice in the oil department,” Maguire says.

“In addition, most palm oils are highly refined, meaning processed to the point where any benefits have been nullified. Virgin, unrefined palm oil may have some benefits, much like coconut oil, but the jury is still out on that, and that’s not the version of palm oil found in this hazelnut spread,” she adds.

After sugar and palm oil (which account for more than half the jar, according to that Reddit photo), there are some healthy ingredients in Nutella.

“Cocoa has been shown to provide antioxidants, but who knows if they are using highly processed cocoa that’s been heated to death or not,” Maguire says.

“Hazelnuts are the healthiest ingredient on the ingredient list, however being as it’s listed third behind sugar and palm oil, I’m not sure there’s actually many in there, ” she adds.

“Hazelnuts — or nuts in general — are healthful, but when you drown them in sugar, their health value in the context of that food is greatly diminished,” explains Mike Roussell, Ph.D. “For example, no one is saying pecan pie is healthy because it has pecans in it.”

And as for the fact that Nutella is gluten-free? Don’t fall for the health halo of “gluten-free”— the term isn’t equivalent to “healthy.”

If all this sounds like you can never have Nutella again, don’t panic. There are ways you can satisfy your craving without all the sugar and oil — and with more nutrition.

“I definitely think you can ‘health-ify’ Nutella. Ground up hazelnuts with some pure raw cacao powder could be a wonderful healthy alternative,” Maguire says.

Make your own homemade Nutella when you’re jonesing for a sweet treat. This Nutella doppelgänger has only three grams of sugars, but don’t go overboard — two tablespoons of the spread still has 200 calories.

And, of course, plain nut butters are always an option. “ Almond, peanut, and cashew butter have a much better nutritional profile. They are higher in protein, lower in saturated fat, and should contain no added sugar if you’re buying the preferred all-natural varieties,” Maguire says.

Can Nutella Be Part of a Healthy Diet?

When you consider the ingredients, Nutella isn’t a part of a healthy breakfast, Maguire and Roussell say. “It’s highly processed and filled with sugar, unhealthy fats, and artificial flavors. Any benefits from the nuts are negated by the other ingredients,” Maguire adds.

“The healthfulness of Nutella is essentially a marketing play,” Roussell adds. “Without the marketing telling people that it’s healthy, no one would have thought including Nutella is a healthy part of a breakfast, as I can’t think of one nutritional quality that would make it such.”

However, if you are a true Nutella nut, you can still eat it — in moderation. A teaspoon fix is fine, Maguire says, but natural nut butter is always better, or consider making your own hazelnut spread.

“You can fit anything into your daily total calories, but if you’re looking for results and trying to maximize nutrient density from the calories you consume, Nutella isn’t something that will help you reach those goals,” Maguire says. “Choosing natural almond butter, cashew butter, or grinding up your own hazelnuts — you can even mix in some raw cacao powder — would be a much better alternative.”