What Are Nootropics and Do They Work

Nootropics. Smart supplements . Cognitive enhancers. Brain boosters. Whatever you call them, these supplements are purported to improve brain function, memory, and cognitive health — and they are quickly gaining popularity. But, do they work? And, should you try them?

“The term generally refers to any substance — natural or not — that will enhance brain function,” says Douglas Kalman, PhD, RD, FACN, FISSN, and researcher at Nova Southeastern University.

On the natural health side, “nootropics are typically a property of herbs that have been found to enhance memory and other cognitive functions,” says Dr. Alissia Zenhausern, NMD, a naturopathic physician at NMD Wellness of Scottsdale, Arizona. They are often used in tandem with adaptogens like rhodiola and ashwagandha, since stress can negatively impact your brain function.

While the terms smart drugs and nootropics are commonly used interchangeably, Kalman points out that smart drugs are, more accurately, pharmaceutical agents used to enhance brain function. This might include pharmaceuticals like Ritalin and Adderall, typically prescribed for attention deficit disorder, but often used by people off-label to boost short-term focus and performance (with plenty of side effects). “Smart drugs” may also include drugs prescribed for nervous system conditions such as Alzheimer’s, Parkinson’s, and Huntington’s diseases.

We all want to age gracefully and keep our brain as healthy as the rest of our body. But are nootropics the secret to staying sharp?

There is research that supports traditional use of some herbal nootropics, and studies have also shown promise for some synthetic or pharmaceutical versions. However, a 2015 review in the Canadian Geriatrics Journal debunked some nutritional guidance on brain health, finding that although each has merits for other aspects of health, supplementing with Omega-3 fatty acids, B vitamins, and vitamin E did not affect cognition.

But for the nootropics that have been shown to be effective, here’s a rundown of the benefits of the best nootropics. 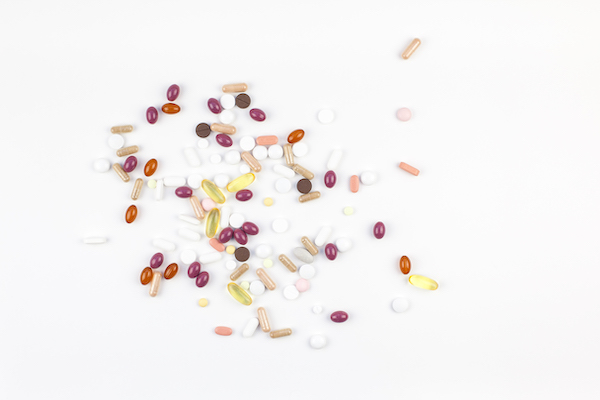 What Are the Benefits of Nootropics?

Each nootropic has its own impact on brain health. Some assist with focus and clarity, while others help performance or recall. Here’s a breakdown of some of the most common nootropics you might encounter, and their benefits.

“The oldest and best known ‘natural’ nootropic is caffeine,” explains Kalman. So that’s some great news for coffee-lovers: caffeine will wake you up — and your brain. There is a long history of caffeine in traditional uses or societal uses to help mental clarity, altertness and focus.

If coffee leaves you jittery, try L-Theanine (which is found in some green tea), a phytochemical that has been shown to help relax you without making you sleepy. That’s thanks to “L-Theanine, an active nootropic compound,” Zenhausern says.

A well-known herb for brain health, ginkgo biloba has been widely studied, but results have been mixed. But Kalman explains that this doesn’t mean the herb is totally ineffective.

“When it comes to ginkgo, there is a fair amount of decent research that does show support for cognition,” he says. But most successful studies — for short-term use or for reducing cortisol levels — have used a specific ginkgo extract that is stronger than what you might find at a health-food store. “When we read some studies that have failed to show benefit, part of the reason may be the quality of products.”

Bacopa for concentration and memory

Also known as Bacopa monnieri, this Ayurvedic herb has shown potential to help improve cognition and attention. “This herb does, however, take a few months to notice an effect so it is all about consistency with bacopa,” Zenhausern says.

Lemon balm for calm and focus

You might have this nootropic growing in your garden. And it doesn’t just smell good! Lemon balm can “help boost the relaxation neurotransmitter GABA in the brain to help reduce stress,” Zenhausern says. She adds that it can be “great for anxious test takers.”

Another herb commonly used in Indian traditional medicine, gotu kola (Centella asiatica) has been used to improve memory and comprehensively support brain health. However, though as of 2016, further research was still necessary to bolster traditional claims.

A plant native to the Amazon, “Uncaria tomentosa has been used for centuries to support brain function,” explains Zenhausern.

A 2019 study in Scientific Reports found cat’s claw phytochemicals to be “potent inhibitors and reducers of both brain plaques and tangles.” But it’s worth noting that these the studies were either done in test-tubes or on animals, not humans.

Are There Any Side Effects of Nootropics?

No matter what nootropic you choose, do your homework and talk to a professional first.

“Herbs can interact with certain medications or may be contraindicated in patients with particular conditions, so please always consult with your physician before starting a new supplement,” Zenhausen says.

Where Can I Buy Nootropics?

Pharmaceutical smart drugs are, of course, only available through a doctor, but you can find nootropic herbal supplements online, at major supermarkets, and at health-food stores. “Just make sure you are getting high quality herbs,” Zenhausern advises.

Meaning, if you are going to buy nootropics, you probably want to avoid getting them from a gas station display, a sketchy website, or any store where supplements don’t look like they are sold very often.

What Nootropics Do Consumer’s Love On the Market?

Here are some nootropic products that are highly-rated by consumers to consider:

Stepfanie Romine is a yoga teacher (RYT 500), ACE-certified health coach and fitness nutrition specialist who writes about natural health, plant-based cooking and yoga. A runner and hiker based in Asheville, N.C., her books include The No Meat Athlete Cookbook and Cooking with Healing Mushrooms. Follow her on Twitter.

Is Dried Fruit Really All That Healthy for You?

If you're trying to be more mindful of your snacking, you might opt for dried fruit. But is dried fruit hea...

They're often used interchangeably, but is pre-workout the same as energy drinks? Here's our breakdown of t...

Here Are the Effects of Energy Drinks on the Body (Spoiler Alert: You Won’t Grow Wings)

Energy drinks are a great pick-me-up when you're feeling tired, but are they healthy? Here's a guide on the...

Ready to spice up your meals and snacks — literally? Here's our guide to 12 of the best Trader Joe's spic...