Everything You Need to Know About a No-Carb Diet

“A no-carb diet is a diet that avoids carbohydrates, and major groups of foods including grains, fruits, most dairy products, vegetables and legumes, such as beans,” says Diana Gariglio-Clelland, RD, a registered dietitian based in Washington.

Get control of your sugar habit with Sugar Free 3! It gives you simple instructions to eliminate added sugars, refined carbs, and artificial sweeteners for just 3 weeks. Sign up on Openfit today, and order your book on Amazon for even more tips. 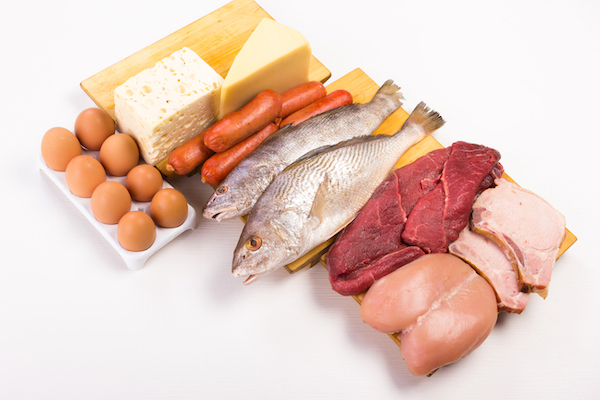 People who eat keto consume a limited amount of carbs — from 20 to 50 grams a day — on a diet that’s high in fat. The goal is to put the body into ketosis, a state where it burns fat for fuel instead of carbs. A no-carb or zero-carb dieter goes one step further, trying to avoid carbs as much as possible.

“Most ‘no carb’ diets are actually considered very-low-carbohydrate diets, where around 20 grams or less of carbs are consumed per day, which is still extremely low,” says Gariglio-Clelland. As a point of reference: One medium apple contains 23.5 grams of carbs.

On a no-carb diet, allowed foods include proteins and fats, such as:

Foods that no-carb dieters avoid include:

But because it’s not as formalized as the keto diet — there’s no guidebook — some no-carb dieters include non-starchy vegetables and high-fat fruits such as avocados and coconut. They count only the “net carbs” of those high-fiber foods, which is calculated by subtracting the amount of fiber from the carb count.

Can You Lose Weight on a No-Carb Diet?

“Many people lose weight quickly on a no-carb diet due to the huge restriction of foods normally eaten, and thus calories,” says Gariglio-Clelland. “The body stores carbs with water, so a lot of the initial weight loss is water weight.”

That doesn’t mean it’s a good idea. “A no-carb diet isn’t a healthy way of eating, and it isn’t sustainable in the long run,” she says. “The human body is designed to obtain energy from carbs to fuel its cells, especially the brain, so when it’s deprived of carbs, things don’t run as efficiently.”

“Grains contribute many B vitamins as well as fiber, particularly whole grains,” she says. “Fruit is one of our best sources of vitamin C as well as potassium, and dairy products provide calcium and vitamin D (if they are fortified with vitamin D).”

“The point of changing your eating habits is to improve your health, not just to reduce your weight,” she adds. “If your body weighs less but is unable to function well because of missing vitamins or minerals, you’re in a state of malnutrition.”

Are There Benefits to Eating Low-Carb? 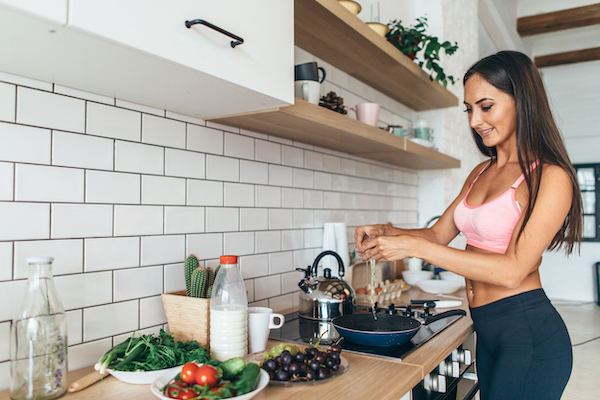 “For some people, eating a low-carb diet is truly beneficial,” says Juliana Dewsnap, RD, LDN, CPT, a registered dietitian and certified personal trainer in Boston. “Those who deal with medical conditions such as epilepsy or chronically high blood sugar are among those who may reap the benefits of a carb-restricted diet. But low-carb diets can be extremely dangerous for many individuals.”

Risks of Eating No- or Low-Carb

Dewsnap says that, in addition to creating potential health risks, “skipping on carbs can cause nasty side effects like brain fog, irritability, low blood sugar, and low energy,” she says.

“Overall,” she continues, “there have been very few long-term studies on high-fat, high-protein diets, and the ones that have been done indicate increased health risks such as atrial fibrillation. If you need to follow a low-carb diet for medical reasons, proceed with guidance from your prescribing physician or dietitian.”

If you want to lose weight, the best thing to do is to strive for balance. “A diet that is moderate in all the macronutrients — carbs, fat, and protein — promotes satiety and allows us to get all the vitamins and minerals we need to function at our best,” says Cunningham.

“If you choose a good, fibrous carb, I see no reason to exclude it,” says Michele Promaulayko, creator of Sugar Free 3. “Unless you have some sort of gluten issue, whole grain bread and other whole grain products can be a yummy, nutritious part of anyone’s diet.”

“When we eat well,” says Cunningham, “we have more energy for physical activity. Eating well and exercising becomes a positive cycle, improving physical endurance, focus, and mood, as well as our ability to burn the energy we eat for fuel.”

“The bottom line,” she adds, “is that a healthy diet includes a moderate amount of carbohydrates.”