Is Mouthwash Torpedoing Your Fitness Results?

We all know that leading a fit and fulfilling life includes emphasizing oral health with regular brushing and flossing. (Not that your dentist will ever let you forget it.) But besides having a mouth full of strong white teeth and glistening pink gums, a shocking new study suggests that regular mouthwash use may cancel out some of the cardiovascular and muscular benefits of exercise.

What does gargling have to do with blood pressure, and how seriously should you take these new findings? We reached out to the study’s authors for answers.

Once you ditch the mouthwash get back to your fitness routine with Openfit’s workout programs. Try them out for free today!

It’s long been known that healthy gut bacteria are important for overall health. Research shows that hosting healthy groups of bacteria can affect bodily systems as diverse as the brain and the immune system. And a recent analysis of almost one million people found that good dental habits may lower the risk of cardiovascular disease.

But this new study from the University of Plymouth in the U.K. linked the health of oral bacteria to blood pressure, specifically after a workout. See, when you put in a bout of vigorous exercise, your blood vessels open up, shuttling more blood full of oxygen throughout the body, feeding muscles. That response is partially dependent on a chemical called nitric oxide, which is created from a compound called nitrate that most people get from their diet.

Special species of bacteria in the mouth can convert nitrate (which we get mostly from eating vegetables) into nitrite, which is then swallowed and introduced back into the circulatory system. That salivary nitrite then converts, yet again, into nitric oxide, which helps lower blood pressure and re-oxygenates muscles after exercise by widening blood vessels and improving circulation.

Researchers have long known why and how blood flow becomes elevated during exercise. “What has remained a mystery is how blood circulation remains higher after exercise, in turn triggering a blood-pressure lowering response known as post-exercise hypotension,” said lead author Raul Bescos, Ph.D., in a statement from the university.

“Previous research has suggested that nitric oxide was not involved in this post-exercise response — and only involved during exercise — but the new study challenges these views.” 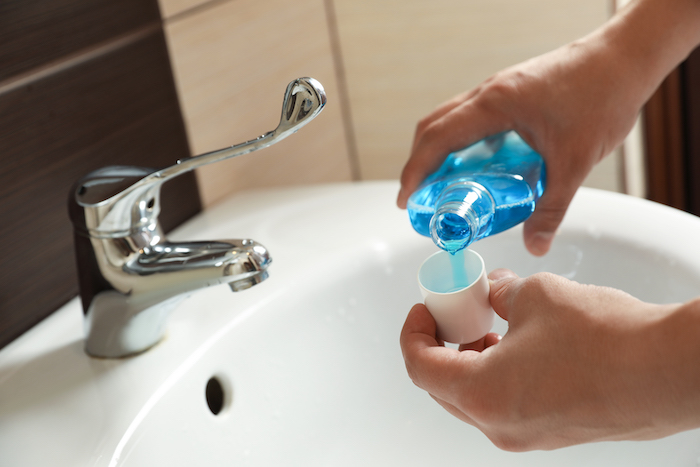 How Mouthwash May Inhibit Workout Recovery

Craig Cutler, MSC, a Ph.D. research scientist at the University of Plymouth and a co-author on the study also said, “These findings show that nitrite synthesis by oral bacteria is hugely important in kick-starting how our bodies react to exercise over the first period of recovery… In effect, it’s like oral bacteria are the ‘key’ to opening up the blood vessels.”

But in wreaking havoc on the bad bacteria in your mouth, antibacterial mouthwash wipes out the beneficial bugs too. In an email interview, Cutler said previous studies found that antibacterial mouthwash raised blood pressure under resting conditions. That’s what prompted his team to research the connection between oral health and circulation.

The new study backs up that assertion and builds on it, he says, by showing that killing oral bacteria with regular (twice daily) mouthwash use inhibits the production of plasma nitrite and nitric oxide, which “abolishes the beneficial cardiovascular response to exercise, adaptations that are important for an athletes’ performance.”

And not only did the study find that mouthwash use significantly decreased post-exercise hypotension, thereby compromising blood vessel function, but also that “even short-term antibacterial mouthwash use can increase salivary glucose and lactate parameters which are ironically proxy biomarkers for periodontal and cardiovascular disease.” In other words, swishing about some mouthwash may increase your risk of developing gum and heart disease, the latter of which is the no. 1 killer of men and women in the United States. 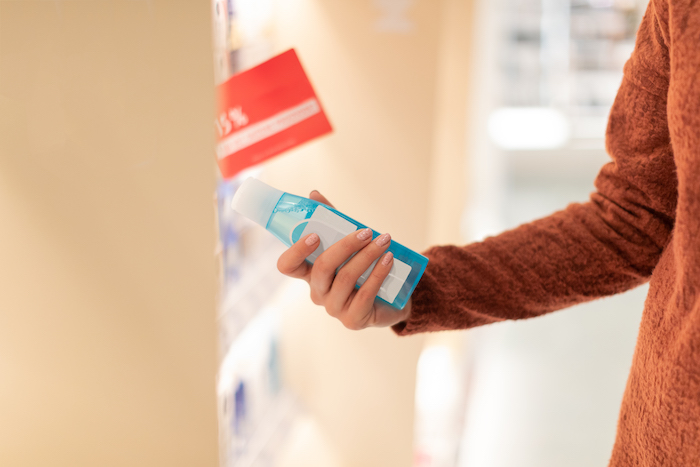 Should You Stop Using Mouthwash?

Though many dentists still stress that mouthwash should be a part of your normal, daily oral care routine, recent scientific revelations show just how important it is to cultivate good bacteria — across your whole body, not just your gut. So reducing the use of anything antibacterial, be it antibiotics, hand sanitizer, or mouthwash, seems prudent.

Specific to oral care, Cutler notes that the growing body of evidence supporting the negative impacts of mouthwash on blood pressure regulation and vascular function, not to mention the higher risk for other diseases, means you should seriously reconsider your commitment to daily antibacterial mouthwash use, especially if you’re an athlete or just want to perform well physically.

“I would not recommend the use of antibacterial mouthwash for long durations as is commonly advised,” he says, “and suggest only using it short term to treat oral health conditions.” Just keep brushing regularly, at least twice a day, and learn to make flossing your friend.