Is Mineral Sunscreen Better for You?

The sun is powerful. Its gravitational pull is what holds our entire solar system together. And as much as our lives depend on this mighty star, its rays can also do major damage to our skin.

What’s the Difference Between Chemical and Mineral Sunscreen?

“Chemical sunscreens contain ingredients that sound chemical,” says Smith. (You might have also heard that Hawaii passed a bill banning the sale or distribution of sunscreens that contain oxybenzone and octinoxate effective in 2021 in response to environmental concerns surrounding coral reefs.)

So is mineral sunscreen better than chemical sunscreen? Here are some factors to consider. 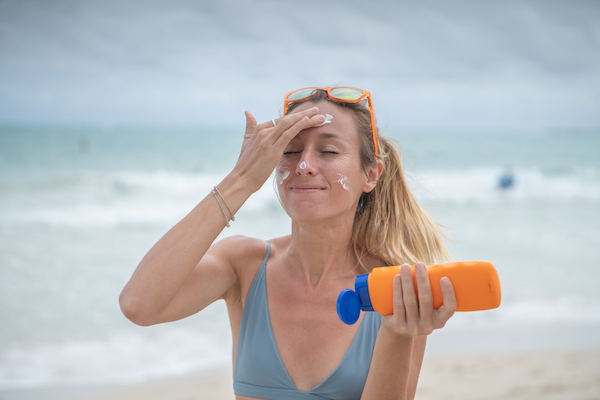 “Mineral sunscreens are gentle on the skin and they tend not to cause allergic reactions,” says Smith. “They also do not sting or burn the eyes the way chemical ones might.”

Mineral sunscreen isn’t bad, but “it has some limitations,” explains Dr. Henry W. Lim, MD, a dermatologist at Henry Ford Medical Center. “It’s not as efficient as chemical sunscreen and it’s harder to get a high SPF.”

That’s supported by a series of tests conducted recently by Consumer Reports, which has yet to evaluate a mineral sunscreen that rates higher than “Good.”

Mineral sunscreen can also be chalky and leave a white residue that makes you look a bit ghostly if you don’t rub it in thoroughly.

Not under review by the FDA for safety: Mineral sunscreen

Since the FDA first began regulating sunscreens in the 1970s, sunscreen has gone from a product used at the beach during the summer to something many of us wear daily in facial moisturizer or slather on while exercising outdoors. Which is a good thing since skin cancer is the most common type of cancer in the U.S.

To catch up with this behavioral change, however, earlier this year the FDA requested more safety data from manufacturers on 12 agents commonly used in chemical sunscreen. Concerns have arisen over how much, if any, of these ingredients is absorbed by the body since a study published in the Journal of the American Medical Associationfound the active ingredients in four sunscreens were absorbed at levels exceeding the FDA limit.

By contrast, titanium dioxide and zinc oxide do not currently face this kind of regulatory scrutiny. They have been deemed “generally recognized as safe and effective” (GRASE) by the FDA.

What to Look for in a Mineral Sunscreen

When you’re shopping for any type of sunscreen, it’s important to choose a broad-spectrum product with SPF 30 or higher. For a quick crash course in sunscreen jargon: “broad spectrum” means it blocks both UVA rays (which cause wrinkles) and UVB rays (which cause burns). “SPF” is an acronym for sun protection factor, which is the measure of a sunscreen’s ability to block UVB rays.

Another factor to consider when shopping for mineral-based sunscreen is its zinc oxide and/or titanium dioxide content. Both active ingredients provide UVA and UVB coverage, but ZnO provides better broad-spectrum coverage than TiO₂, according to Smith.

“When choosing a mineral sunscreen, I look for a concentration of zinc oxide that’s at least 10 percent, or ideally 15 to 20 percent, to ensure adequate protection,” says Smith. If you’re buying a spray, she also recommends opting for a non-aerosol one to avoid inhaling particles.

9 of the Best Mineral Sunscreens

The following sunscreens contain varying levels of zinc oxide and/or titanium dioxide, and are the best reviewed online.

It dries with minimal residue, and features Dry-Touch technology for a greaseless finish. It’s also formulated without fragrances, parabens, or phthalates.

With 21.6 percent zinc oxide, this mineral sunscreen can be used on the face or body. It’s mild on skin and locks in moisture without stinging or irritation.

Formulated with 10 percent transparent zinc oxide and 5.5 percent titanium dioxide, this brand is a popular pick for dermatology offices and beauty editors. 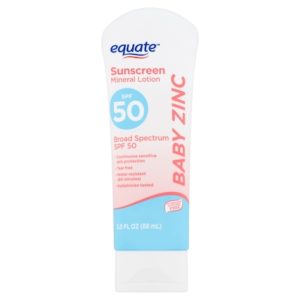 This budget-friendly choice has 21.6 percent zinc oxide and is paraben free. It also won’t sting eyes. 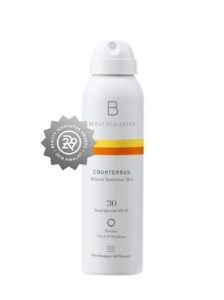 Made with 12 percent titanium dioxide, this mineral-based sunscreen scored highly with Consumer Reports for living up to its label.

The combination of 5 percent titanium dioxide and 10 percent zinc oxide was formulated for the harsh Australian sun, where the UV index can reach 17 (11 is considered extreme).