The Mind-Muscle Connection: Can You Think Your Way to Bigger Gains? 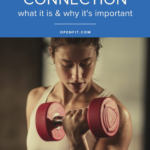 When it comes to maximizing hypertrophy — a.k.a. muscle growth — we tend to focus on tried-and-true methods like lifting heavier weights, increasing sets, and consuming enough protein. But there’s another factor that can help facilitate muscle growth: the mind-muscle connection.

What Is the Mind-Muscle Connection?

The mind-muscle connection refers to your ability to focus your mind on engaging a muscle or group of muscles while performing an exercise. It’s a form of attentional focus, which basically refers to whatever you’re paying attention to at any given moment.

When you concentrate on the outcome of an exercise, like moving the barbell overhead, you’re using external attentional focus. But when you concentrate on your body’s movements during an exercise, like “squeezing” the muscle, you’re using internal attentional focus, which creates that mind-muscle connection.

Both forms of attentional focus can be beneficial, but if your goal is to build lean mass, the mind-muscle connection is key.

Why Is the Mind-Muscle Connection Important?

According to Trevor Thieme, C.S.C.S., Openfit senior fitness and nutrition content manager, you can increase muscle engagement by actively thinking about the muscle as you use it, and the more effectively and completely you recruit its fibers, the greater its growth stimulus will be.

In other words, you have to use your brain if you want to build more brawn.

It might all sound like “woo-woo” science, but research suggests that creating a mind-muscle connection during strength training really can lead to greater muscle growth. In one study, for example, a group of 30 untrained college-aged men were split into two groups. One group focused their attention on their biceps during sets of arm curls, while the other group just focused on getting the weight up. The group that concentrated on their muscles experienced nearly two times the growth (12.4 percent growth versus 6.9 percent after eight weeks). 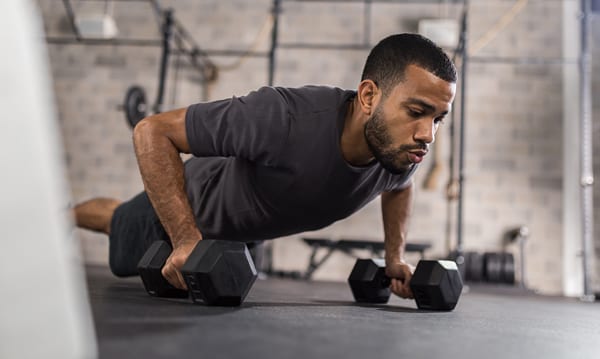 How Do You Improve Mind-Muscle Connection?

As with most new skills, mastering the mind-muscle connection will take practice. Here’s how to get into the habit of focusing on your muscles as you lift.

“Most gyms have mirrors to help people watch their form, but the reality is that most people use them more for vanity and checking others out than for assessing their technique,” says Thieme, adding that facing away from the mirror will force you to focus on how the exercise feels instead of on how it looks. “And that, in turn, will give you a better sense of whether you’re fully engaging the right muscles.”

Now isn’t the time to run through your mental to-do list, watch TV, or chat with a fellow gym-goer. To really make a mind-muscle connection, you have to actively think about and feel your muscles working through their full ranges motion.

As you do an exercise, actively think about “squeezing the muscle” during every rep. This is the cue that helped those untrained college guys in the study mentioned above bulk up their biceps.

3. Start with your upper body.

Most of us find it easier to coordinate and control our arms than our legs. This means that you’ll probably find it easier to focus on your biceps during curls than on your quads during squats — especially if you’re still working on mastering the mind-muscle connection.

In fact, while the untrained college guys who established mind-muscle connection saw greater bicep growth than the guys who didn’t, there was no significant difference between the two groups when it came to the quads — leading researchers to speculate that newer lifters might have more trouble concentrating on the lower-body muscles.

Who Shouldn’t Use Mind-Muscle Connection?

There’s at least one fitness goal for which an inward focus isn’t recommended. If you’re training for explosive power (think: sprinting and Olympic lifting) the mind-muscle connection might actually work against you.

Why? Because when you’re trying to move explosively, powerfully, and precisely — especially if a heavy load is involved — focusing internally can throw off your execution.

To demonstrate that, researchers had 12 competitively trained athletes perform two sets of the barbell snatch. During one set, athletes were given an internal cue (move the elbows high and to the side rapidly). During the other, the same athletes were given an external cue (move the barbell back and up rapidly). Researchers found that, for this type of exercise, focusing on an external cue — the outcome of the movement — actually helped athletes perform a more efficient lift.

Bottom line? Save the mind-muscle connection for workouts in which your goals are building strength and muscle, not enhancing power.