If you didn’t raise your hand on the second question, you’re not alone: Turns out only eight percent of people actually achieve their New Year’s resolutions. One of the toughest nuts to crack on your list has probably been that “Lose Weight” resolution, right?

But before you throw in the towel and settle into the La-Z-Boy, try this simple tactic when attacking your weight-loss resolution: Make small changes. Don’t aim for 110 percent on Day One. Take one small step one day, then take another one after that. You’ve got all year, so what’s the rush?

By making small, do-able tweaks to your lifestyle, you’re more likely to stick with them than doing a total 180. To get yourself off on the right foot and keep you moving forward this year, make these small changes to get big results.

“Exercise is not the only thing you should do to lose weight,” says Kelliann Davis, PhD, assistant professor at the University of Pittsburgh Physical Activity and Weight Management Research Center, “It has to be in combination with diet.”

A study shows that people lost weight whether they exercised, cut calories, or both. But those who did both, cutting their daily calories by 10 percent while embarking on an exercise plan, doubled their insulin sensitivity — a metabolic indicator of long-term weight-loss success. People who begin diet and exercise plans at the same time are also more likely to be following both a year later.

If this sounds a little too “woo-woo,” consider this: Studies have shown that people who practice “mindful eating” can lose significant amounts of weight.

What is mindful eating? It’s the opposite of mindless munching, like grabbing a plate of food (or bag of chips) and sitting in front of the TV with a fork in one hand and your phone in the other.

Before you know it, you’ve scarfed down your entire meal without enjoying it or realizing how much you’ve eaten.

By focusing on what you’re eating and why (are you really hungry or just bored?), you’ll be able to make better choices and you may even find yourself eating less.

So the next time you sit down for a meal, put away your phone, turn off the TV, and really savor what you’re eating by taking small bites and chewing slowly.

Bujo devotees, rejoice! But if you’re not into elaborate journal keeping, simply writing down what you eat every day can help you see more clearly what (and how much) you’re really eating so that you can adjust and monitor your progress.

A 2012 study showed that people who recorded everything they ate each week for a year lost 3.7 percent more weight than those who didn’t. Then weigh yourself regularly to make sure you’re meeting your goals.

In a study in the Journal of Obesity, people who weighed themselves daily lost 4.6 more pounds after 12 months than those who rarely stepped on the scale. 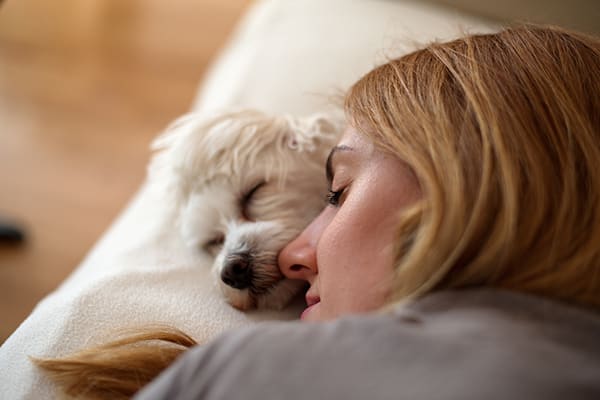 Sleep plays a key role in maintaining the health of your mind and body, so don’t skimp. Sleep can help you feel less hungry, reduce stress, and give you energy to crush it during a workout.

Getting more zzzzs can also help reduce your waistline: In a six-year study, subjects who slept seven to eight hours a night (up from six hours) lost a significant amount of visceral fat, or “deep belly fat.”

Getting more sleep might be easier said than done for some people, but a couple of tricks can help you get to the Land of Nod, like turning down the heat, sniffing some lavender, or meditating. 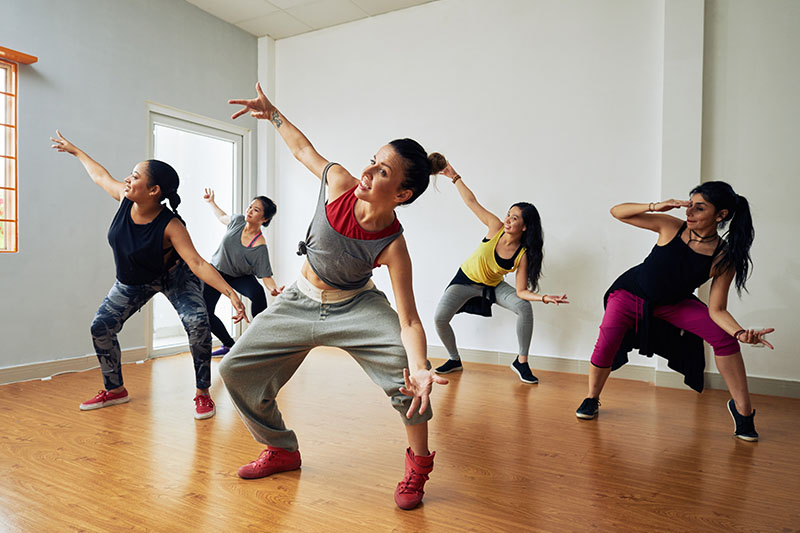 You know what’s not fun? Trudging to the gym and lifting weights next to Mr. I-Wear-Cologne-to-the-Gym or getting on the treadmill near Miss I-Talk-On-The-Phone-Really-Loudly.

You know what is fun? Dancing. Kicking butt in a mixed martial arts-inspired workout. Working out should be fun, not a chore or an experience to be suffered through.

Not ready to work out yet? Then start slow. We know that sitting for extended periods of time isn’t good for your health, but that doesn’t mean you have to charge outside for a five-mile run every day. The Centers for Disease Control and Prevention (CDC) recommends that adults get 150 minutes of moderate activity or 75 minutes of vigorous exercise a week, in addition to strength training.

But you don’t have to do all that in one go: Start by just walking more. Take the stairs instead of the elevator. Walk out of the house, put on your headphones and walk for 15 minutes, then turn around and walk back home. That’s 30 minutes.

Break up all those minutes into manageable bits throughout the day and you’ll be surprised how fast those steps add up. 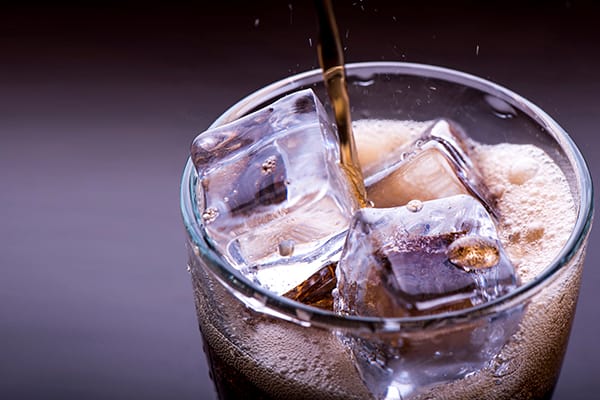 7. Skip the Soda… Even the Diet Stuff

Remember this viral “What Happens One Hour After Drinking A Can of Coke” infographic? While the authors took a bit of dramatic and factual license, the essence of the message is a fact: Soda, even the diet stuff, isn’t good for you. At all.

Drink unsweetened iced or hot tea instead of soda next time, or toss a handful of your favorite fruit and herbs in a glass of water for a naturally sweetened drink. 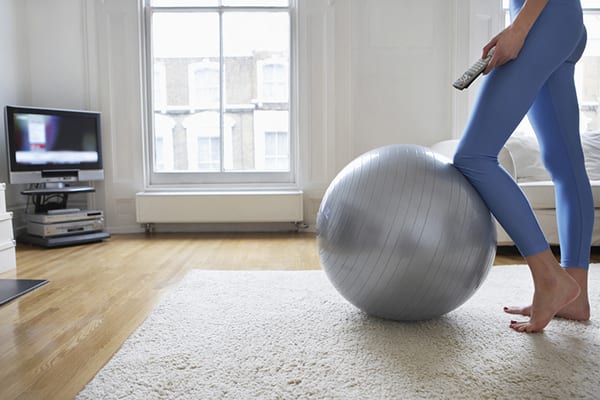 8. Do Quick Exercise Hits While You Watch TV

Having a DVR or a streaming service means no more commercials (yay!), but that also means you can watch an entire season of “The Walking Dead” in one sitting (boo! For your body, at least).

The next time you turn on the TV, let the commercials roll and do push-ups, squats or just stretch until Rick starts zapping zombies again. Better yet? Watch “live” TV (the horror!) so you won’t be tempted to fast-forward.

Once you’ve gotten into the habit of watching TV and working out, you can ramp things up with a workout video before you settle in for a “NCIS” marathon.

Replace refined carbs with whole-grain versions: Whole grains have more protein and fiber so your body takes longer to digest them; you’ll fuller faster — and for longer.

10. Swap Out Butter for Oil

If you’re eating out and partaking in the bread basket, skip the pat(s) of butter and ask for olive oil for dipping. Cooking at home? Swap out the butter in your recipe with a healthy oil, like avocado oil or almond oil.

If you don’t know your flaxseed oil from your canola oil, check out this handy cooking oil guide that has everything you need to know, from smoke points to storage tips. 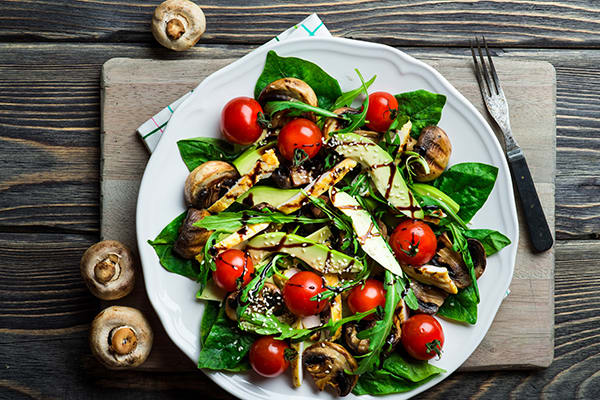 11. Add More Color to Your Plate

Before you sit down for a meal, look down at your plate of delicious, delicious food: It should be as colorful as possible. Color means healthy fruits and veggies, like red bell peppers, dark leafy greens, bright blueberries and strawberries, ripe red tomatoes — you get the idea.

Nutritious, balanced meals that are roughly 40 percent carbs, 30 percent protein, and 30 percent fat will fill you up and give you energy for all those walks and quick exercise hits you’ll be doing.

If you prefer to go all in with your workouts, try High Intensity Interval Training (HIIT) workouts. Research shows that people who did HIIT workouts — alternating 20 seconds of maximum effort followed by 40 seconds of rest for a total of 30 minutes — burned three to four more calories per minute than those who performed steady-state exercise, such as running or cycling.

And it only gets better from there: “There is evidence that your body starts to burn fat preferentially as a fuel as you become fitter,” says Davis. Those benefits extend post-workout as well — a study found that people with a high aerobic capacity continued to burn fat at a higher rate post-workout than people with a low aerobic capacity. That’s reason enough to ramp up your HIIT training.

But if you really want to turn the screws on your spare tire, then try HIIT with resistance training. “People who only do cardio are training their muscles for endurance and burning calories, but they’re not building muscle mass,” says Dr. Felicia Stoler, D.C.N., M.S., R.D., FACSM, author of “The Healthy Way to Lose Weight and Feel Great.”

Keep in mind that you don’t need to become an Olympic power lifter. Many cardio-based workouts contain a resistance aspect to them.

Still, it’s a good idea to get good old-fashioned weights into your workout every now and then.

Instead of eating until you’re stuffed, try eating just enough so you recover from your workout, or whatever else you just did. You’d want to feel light, not full. Get used to feeling light and you’ll push harder during your workouts and you’ll end up eating pretty close to what you should be eating because working out and being active is addictive, too.

14. Mix Up Your Playlist

If you’re having a hard time keeping the pace up during your walk/run/workout, it might be time to upgrade your playlist. Studies show that the beats per minute (bpm) in a song can have an effect on your workout. Slow, gentle music is calming, while fast tunes can get you pumped and energized.

Put together a couple of different playlists that correspond to the kind of workout you’re doing. Or create one playlist that mirrors a single workout — warm-up songs that build up to bigger, faster beats, then slower songs for your cool down.

Remember: Hitting your goal weight, goal fitness level — or any other kind of goal — takes time. You don’t have to get it all done in a week or month; keep making small changes that build on other small changes and before you know it, you’ll be making huge strides toward your goal.

“People typically overestimate how much and how hard they exercise,” says Davis. Science agrees: In a study in Medicine & Science in Sports & Exercise, people misjudged their calorie burn during vigorous exercise by up to 72 percent.

Your move: Invest in a fitness tracker — preferably one that can monitor your heart rate, which is the most accurate way to gauge exercise intensity.

“Keep track of your workout duration, exercise intensity, and caloric burn to see if you’re hitting your goals,” Davis says. If you are, that knowledge will inspire you to keep at it. If you aren’t, you’ll know where you need to dial it up.

When you hit one of your resolutions, don’t reward yourself with food — you’re not a dog. We’re talking about real rewards, like new fitness gear, those wireless headphones you’ve had your eye on, or a flotation-tank therapy session. Keeping your eye on the prize can help you stay on track and will give you something to look forward to.

As you’re working toward your goals/resolutions, it’s important to remember that there may be days or weeks where you hit a roadblock or you end taking a few steps back. Don’t get discouraged — keep moving forward. And before you know it, you may be making an entirely new list for next year!