What is Lazy Keto — and Should You Try It?

For anyone looking to lose weight, there are countless fad diets to choose from: You’ve got the grapefruit diet, the cabbage soup diet, the baby food diet — the list goes on. One weight-loss protocol that doesn’t seem to be going anywhere? Keto. While keto fans praise the high-fat, low-carb diet for its weight loss potential, there’s a whole lot of dedication and planning required to stick with it long term. Lazy keto, on the other hand, is a more laid-back version that’s reportedly easier to follow. So what is lazy keto, and is it healthy?

What is Lazy Keto?

Before we get into the lazy version, we first need to explain the traditional version. The ketogenic diet, or keto for short, consists of eating a specific amount of all three macronutrients. Here’s the breakdown.

The goal is to reach ketosis, which is a metabolic state where the body uses fat as the primary source of fuel.You may have only heard of keto for the last few years or so, but it’s been around for nearly a century. First created in the 1920s to treat epilepsy, the keto diet has since been lauded for its ability to help people lose a significant amount of weight. Studies show keto can in fact help people reduce body weight (but it’s not yet clear if it’s the most healthy or effective approach over the long term).

While drastically cutting carbs and calories can effectively drop the number on the scale, sticking to a keto lifestyle is challenging to say the least. Calculating those macros day after day and sticking to a set ratio isn’t easy. “It takes some work,” says Andrea N. Giancoli, MPH, RD, registered dietitian and Openfit nutrition manager. “There’s a learning curve to it.”

That’s where lazy keto comes in. Rather than meticulously plan and tally your intake of all three macronutrients (carbohydrates, fat, and protein), you focus solely on carbs. That means you make every effort to consume only 5 to 10 percent of your daily intake in the form of carbohydrates — no need to track your fat or protein. 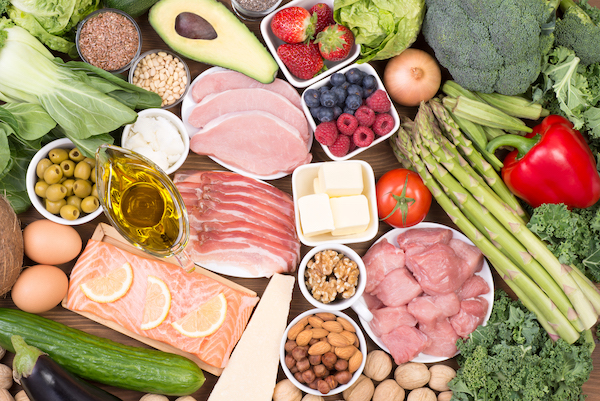 For someone who eats a 2000-calorie diet, that percentage translates to roughly 25 to 50 grams of carbohydrates (for reference, a medium banana is 27 grams and a large sweet potato is 37 grams). While this approach is simpler, Giancoli says it’s a lot trickier to pinpoint if you’re actually in ketosis since you don’t monitor how much fat or protein you consume.

Lazy vs. Clean vs. Dirty Keto

Just like lazy keto, there are other keto variations that have taken hold since the rise in popularity of the regular old keto diet. Clean and dirty keto are two popular takes on the diet.

Dirty keto: This is the not-so-clean approach to keto. It may include more animal-based fats and protein, including butter and bacon, as well as more processed low-carb, low-sugar items like protein bars, packaged snack foods, and artificial sweeteners.

Lazy keto recipes aren’t far off from any other type of keto recipe. Here’s a sample-day snapshot: 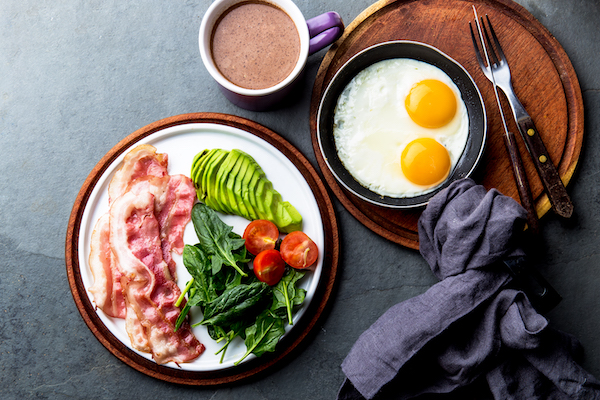 If you choose to embark on a keto diet — lazy or not — pay attention to the quality of food you eat. Lazy keto meals can be healthy if you stick to mostly clean ingredients, meaning minimally-processed, whole foods, like:

But with any form of keto, you may be at risk of missing important nutrients. “You’re severely restricting carbohydrates — even the healthy carbohydrates like fruits and grains — and you’re eliminating very healthful foods with fiber, and phytonutrients,” Giancoli says. 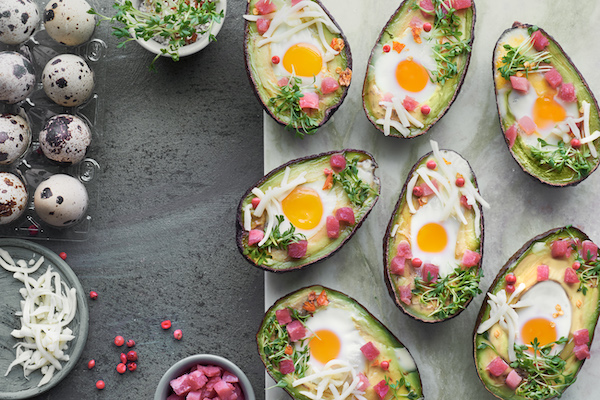 The lazy take on keto isn’t necessarily a healthier version. And if the goal is to lose weight by way of burning fat as fuel, lazy keto may not be considered effective either. “Since you’re not tracking your protein or your fat,” Giancoli says, “you might prevent your body from going into ketosis.” Maintaining a low-carbohydrate diet can also do a number on your focus and mood. “You might not be able to concentrate as well, you’re likely going to be irritable, you might be hungry, or you may have the keto flu,” Giancoli says.

The bottom line: Lazy keto may not be the most sustainable or healthy way to lose weight. If you go the way of keto, there may be several reasons you end up ditching it — from the unpleasant side effects to the lack of flexibility. And that’s perfectly fine! “If you want to lose weight, it’s okay to have a balanced variety of foods,” Giancoli says. And cue the Oprah “I LOVE BREAD” GIF.