Is Running Bad For You?

A few years ago, a study in Copenhagen made headlines for suggesting that, when it comes to longevity, an intense running regimen may be no better than sitting on a couch all day.

The long-term study tracked 1,098 healthy joggers and 3,950 healthy non-joggers between 2001 and 2014. Over the course of the study, “strenuous joggers” — those who ran at a speed of 7 miles per hour or faster for more than four total hours per week — had a mortality rate that was statistically similar to the sedentary non-joggers.

That led some people to wonder: Could running actually be bad for you?

The short answer is no — so don’t give up on running as part of your fitness routine just yet. “Beyond the cardiovascular benefits, running allows us to move as we are designed and to get into flow,” says Openfit Live trainer Sherry Brennan.

Here’s what you need to know.

Build endurance and strength in live running or cross-training classes on Openfit Live. Get the app here for free!

What Happens When You Run Too Much?

Before you abandon all strenuous running in favor of watching Netflix all day, it’s important take a closer look at the actual science behind those headlines.

The study above found a “U-shaped association” between running intensity and “all-cause mortality.” In other words, sedentary non-joggers and strenuous joggers had a similar death rate, while light joggers had the lowest death rate.

But the study’s sample size was too small to discern a direct relationship between running intensity and death. Of the 40 strenuous joggers, only two participants died. Two is not a number that holds a ton of statistical credibility.

Another limitation of the study: Many other factors could have affected the results, including age, gender, overall health, and how a participant actually died. Did he get hit by a car? If so, that probably didn’t have anything to do with his running habits — unless he was running in the middle of a street.

Bottom line? A little running can probably do most people some good.

How can you tell if you’re doing too much? “The number one thing we ask our team to do is listen to their bodies,” Brennan says. If you’re experiencing persistent pain during or after a run, you may need to dial it back.

What Are The Benefits and Risks of Running? 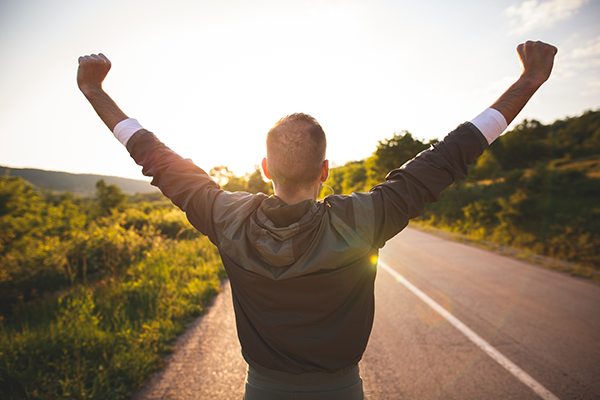 If you enjoy running, there are plenty of great reasons to include it in your fitness plan, as long as you’re careful not to overdo it.

“Regular running builds cardiovascular capacity, strengthens the body, releases endorphins, enhances your mood, builds character, and gets you ready for any other sport or activity,” Brennan says.

Strenuous running can also help improve your VO2 MAX — the efficiency with which your body uses oxygen, Brennan adds.

Best of all, you can run anywhere. “It’s a lot of fun and a great way to explore wherever you are!” Brennan says. “I love running outside so I can appreciate the beauty of where I am and get some air.” But you can always hit the treadmill if the weather isn’t cooperating.

The main drawbacks of running are similar to those of any sport or physical activity — if you do the same exercise the same way for an extended period of time, you can increase your risk of overuse injuries and general wear and tear. If you run off road (or off sidewalk), you can also increase your risk of acute injuries such as sprained or twisted ankles. To reduce your risk, listen to your body, stay aware of your terrain, and ease into your running routine.

“Start small, and build to your desired pace and mileage,” Brennan says. “Be patient and gracious with your body through the process and know that every day is a new day.”

So… Can I Run Every Day?

Depending on your fitness level and your goals, you may be able to run every day without any major issues. But there are a few more common concerns you’ll want to watch out for as your training frequency increases, such as overtraining and boredom.

Whether you prefer light jogging or high-intensity sprint intervals, your best bet is to make running part of a well-rounded workout routine.

“Cross training and variety are key to enhancing overall fitness,” Brennan says. “One or two days of strenuous training — along with endurance, tempo, and easy runs, plus strength, mobility, and flexibility — all add up to a great fitness program.”

3 Tips for a Healthy Running Routine 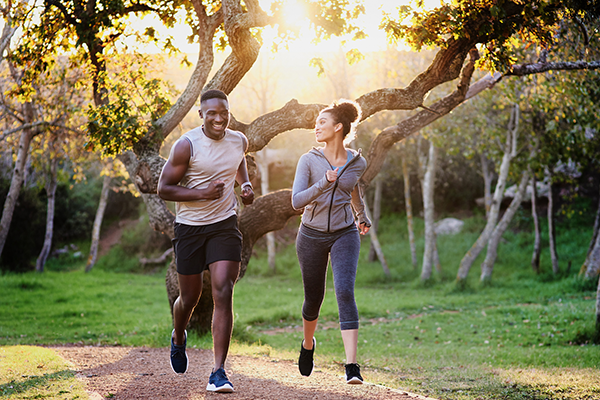 Want to make running a part of your fitness plan? These tips can help you get the most out of your running habit.

Brennan recommends setting a goal for yourself — whether that’s finishing a Turkey Trot, running a seven-minute mile, or just getting to the next lamp post or stop sign.

Try an Openfit Live running class — you can go at your own pace while getting tips and motivation from a trainer.

3. Find a running buddy (or a whole community).

“Having a great support community to cheer you on is also a great way to stay committed and motivated,” Brennan says. “Openfit’s running club and Facebook Teammates are terrific virtual running partners who are always there to celebrate, motivate, and share tips.”

4 Training Tips That Can Take You From Couch to 5K

Ready to try a couch to 5k style running program? Here are our go-to recommendations for getting started wi...