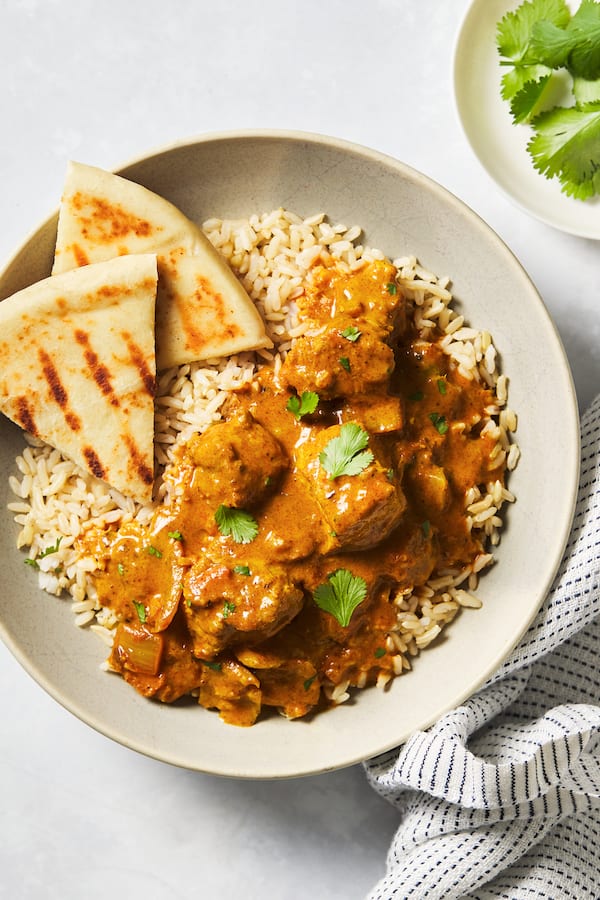 Looking for an easy meal prep option that takes minimal effort, tastes amazing, and fits into a healthy eating plan? Our Instant Pot chicken tikka masala incorporates bold Indian flavors and plenty of lean protein for a hearty, satisfying meal you can enjoy for lunch or dinner. Plus, it’s perfect for saving in the fridge or freezer to eat at a later date!

Here’s how to make a heathy chicken tikka masala recipe in an Instant Pot.

How to Make Chicken Tikka Masala in an Instant Pot 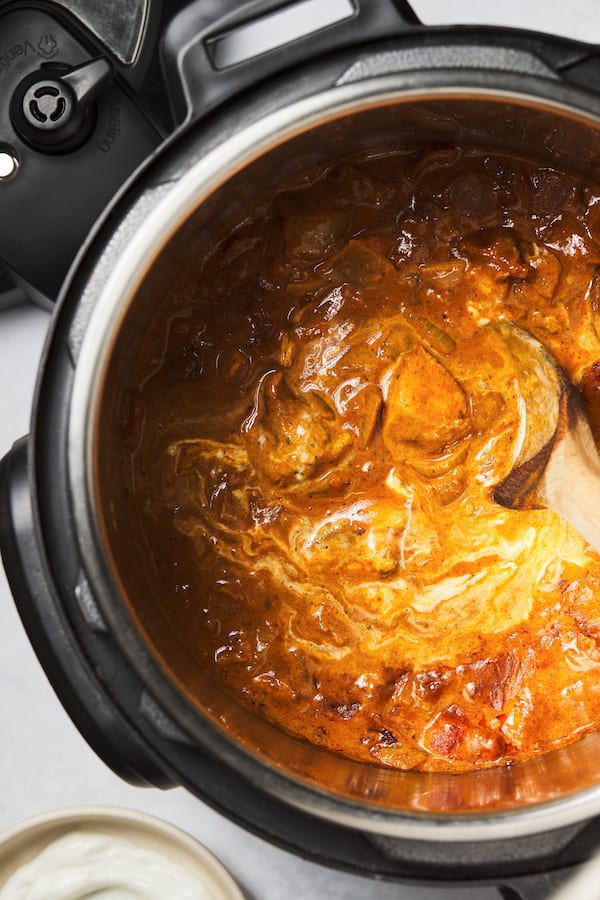 If you’ve never made chicken tikka masala in an Instant Pot, you may be surprised at how quickly it comes together. After a quick sauté of the aromatics (onion, garlic, and ginger) you’ll toss in the spices, and then the chicken.

Once you add the tomato sauce to the mix, seal the Instant Pot, and cook on the chicken setting for six minutes. (Only six minutes!) After that, you need just a few more minutes of sauté time to add the remainder of the ingredients and thicken up the sauce.

What’s the Difference Between Chicken Tikka Masala and Butter Chicken?

When it comes to butter chicken vs. chicken tikka masala, they’re both dishes you’ll likely find on Indian restaurant menus in the U.S. However, the former is an authentic Indian meal while the latter isn’t.

In the mid 20th century, Delhi restaurateurs invented butter chicken, which is typically marinated in a tomato-based gravy with ginger, garlic, and other spices. Tikka masala, on the other hand, originated outside of India (likely Britain or Glasgow).

Though both meals include many of the same ingredients and flavors, butter chicken typically uses a creamier sauce while masala sauce is more tomato-based.

Other chicken tikka masala Instant Pot recipes may call for heavy cream, but ours uses canned lite coconut milk and 2 percent plain Greek yogurt. This makes for a lighter take nutritioally, but it’s still just as creamy and delicious.

All together, this lower-fat chicken tikka masala recipe clocks in at 257 calories per serving. You can also count on 30 grams of filling protein and 4 grams of fiber.

As for the accoutrements, you can make some other healthy choices to keep this dish nutritious. Instead of white rice, try serving this meal with brown rice. Or you can pair it with some veggies, such as peas, kale, or peppers.