5 Insomnia Cures That Really Work (Without a Prescription) 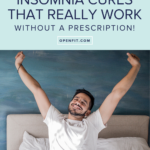 If you’re having trouble sleeping and searching for insomnia cures, you’re not alone. Like, seriously not alone. One in four Americans experiences acute insomnia every year, according to a 2018 study by the University of Pennsylvania School of Medicine.

And even if you’re not tossing and turning at 3 a.m., most of us are sleeping less than ever. The National Sleep Foundation’s latest study found that nearly 33 percent of Americans are getting less than six hours of shut-eye each night. Seven hours is the minimum recommended for optimum health for adults.

A century ago, the average American slept for nine hours nightly. Some experts have gone so far as to call this sleep shortage a looming public health crisis.

Clearly, a lot of us need help with insomnia. But are there effective remedies beyond prescriptions or over-the-counter sleep aids?

[Important note: Only a qualified sleep specialist can diagnose insomnia, so if you’re concerned about your sleep, don’t try to treat yourself. If you’re wondering when to see a doctor about sleep issues, read on for official recommendations.]

How does insomnia differ from ordinary sleeplessness? According to the National Sleep Foundation, insomnia is difficulty falling or staying asleep. Acute insomnia happens occasionally as a response to life events. Chronic insomnia is disrupted sleep that occurs at least three nights per week and lasts at least three months.

But don’t get too caught up in benchmarks. “Insomnia is a selective feeling,” says Mayank Shukla, MD, a board-certified physician in sleep medicine. “It is not an object.”

Worries about work, relationships, the world, or how Game of Thrones ends can keep us up at night, kicking off a self-perpetuating effect. “Most often, insomnia starts out as a response to some form of trigger — stress, loss, illness, travel,” says Janet Kennedy, Ph.D., clinical psychologist and founder of NYC Sleep Doctor. “But it turns into a longer-term problem because of how we react to the disruption: anxiety, going to bed too early, napping or sleeping late, too much caffeine, or negative thoughts about the consequences of not sleeping.”

We’re all glued to our glowing rectangles, which work to keep us at arm’s length all night. Cellphones, tablets, and computers all emit a blue light that may disturb sleep. But it’s the stimulating or stressful content they relay that has a more acute effect, preventing our brains from winding down for bedtime. Screens aren’t the only culprit — exercising too late also tells the brain to stay active.

You know drinking caffeinated beverages like coffee or soda too late can keep you awake. (Experts advise avoiding caffeine within six hours of bedtime). But so can alcohol. “Keto insomnia” is also a thing — the trendy diet’s high-fat, low-carb emphasis can initially lower the body’s levels of serotonin and melatonin, keeping you awake.

“Insomnia can start with something medical that’s disturbing your sleep — a crisis within your body can keep you up,” says Carl Bazil, MD, Ph.D., director of the Epilepsy and Sleep Division of the Department of Neurology at Columbia University. “So if insomnia is a persistent problem, and particularly if it’s disturbing your ability to function during the day, it’s a good idea to talk to a physician or healthcare practitioner about it.” Poor sleep can be caused by sleep apnea, a condition in which people actually stop breathing for periods of time.

When sleeplessness graduates to insomnia, the consequences can be serious.

Getting insufficient sleep can leave you with mood, memory, and concentration issues the next day — and just feeling crappy overall.

Poor performance at work or school

A 2019 study published in the journal Sleep Health found that losing just 16 minutes of sleep made workers more likely to exercise poor judgment or get distracted the next day.

Poor sleep could pack on the pounds. The prevailing theory is that lack of sleep can throw the body’s hunger hormones — leptin and ghrelin — out of whack, leading to increased appetite. Insomnia-related fatigue can also keep you off your feet and out of the gym.

Studies have shown that people who don’t get enough sleep are more susceptible to common cold and flu viruses, and take longer to recover. 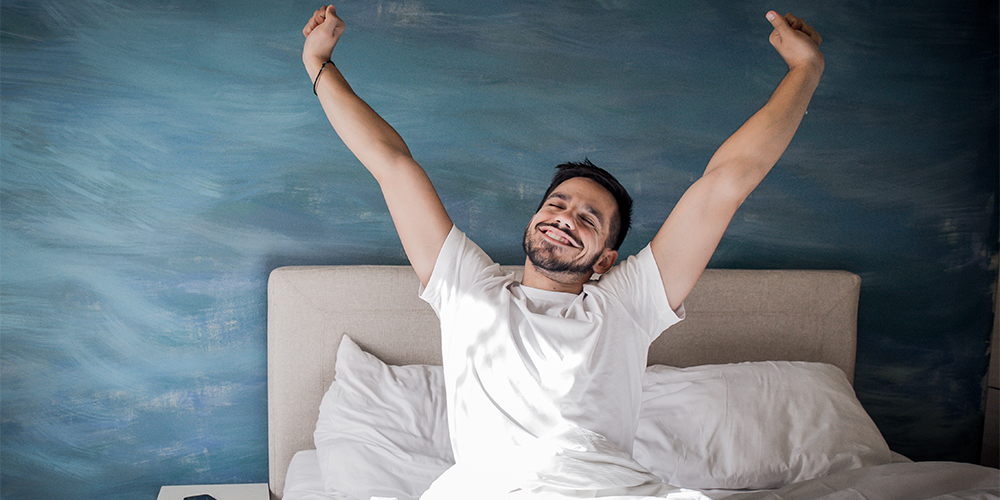 If you’re looking for insomnia cures that don’t involve ingesting anything, that’s understandable. Sleep meds can be expensive; some are infamous for causing adverse reactions. (How many of your friends have been caught texting or tweeting on Ambien?) And occasionally researchers produce a fairly scary study, like a 2012 survey that associated regular sleeping pill use with an increased risk of cancer and death. (Remember: Correlation does not equal causation, but the study raised an observational eyebrow that has yet to descend.)

The good news: Bazil estimates between 50 and 90 percent of the insomnia complaints he’s seen in his practice can be improved without medication.

“Your brain is designed to keep you up at night; that’s completely normal,” he says. “If we fell asleep when we were surrounded by tigers in the jungle 2,000 years ago, nobody would have survived.

But the things we face now are not tigers surrounding us. It could be, ‘I’ve got this meeting tomorrow morning,’ or ‘my phone just went off and I want to read this email,’ or ‘I’m really engrossed in this television program and I really want to stay up and watch it.’

All these things can start and perpetuate a pattern in which your brain thinks you’re supposed to be awake. Medicines can be helpful but never completely solve the problem. The problem is you’ve got to teach your brain to shut off.”

To that end, here are the strategies experts say are most effective.

1. Change your attitude toward sleep

It sounds basic. But according to Shukla, the biggest contributor to modern insomnia is our growing belief that sleep is a waste of time. We’ve become so invested in social media and the 24-7 news cycle — and the new 25-7 work schedule — that we’re afraid to miss a text, an opportunity to craft the perfect shady tweet, or a boss’ email that might come at any hour.

“In general, we are not paying enough attention to the importance of sleep,” he says. “Most people think sleep is useless, that when we’re sleeping, we’re lazy because we’re not doing any work, and we’re not paying attention to sleep’s effect on health.”

Prioritize sleep as something essential; redefine it as something as boastworthy as a great workout or consistent diet plan.

Kennedy says two strategies are particularly helpful to her insomnia patients: observing a consistent wake-up time to stabilize the body’s circadian rhythm and not trying to force yourself to sleep.

“Before making radical changes to a person’s schedule and routines, I suggest that they stop trying to sleep, instead letting sleep find them,” she says. “This works best if the person has a distraction, like reading fiction, to keep the mind occupied away from sleep. The body then takes over with sleepiness when it’s ready. When people read until they can’t stay awake, they remember what it feels like to peacefully fall asleep.”

As Herculean as it may seem, avoid your phone, computer, and tablet an hour before bedtime.

“It’s important to set a shut-off time for technology to give the brain time to settle down before starting the bedtime routine,” says Kennedy. “When you run a marathon, you can’t stop short. You have to slow down and cool down to allow your body to return to normal. The brain works the same way.” She advises keeping phones, laptops and tablets out of the bedroom and buying an old-fashioned, WiFi-free alarm clock.

“If you must have a phone in the bedroom, put it in a charger far away from the bed and do not check it if you wake up during the night,” Kennedy adds.

“Not using screens late at night or in the bedroom — that combination helps most people,” says Shukla. “The most important thing to understand is that you need to prepare yourself to sleep.”

All the experts we spoke with said if you’re dissatisfied with your sleep, it’s important to analyze exactly what’s going on, starting with your behavior before bed.

But sometimes it’s helpful to go beyond that: If you’re tired in the morning, is it because you couldn’t go to sleep, or because you kept waking up during the night? Shukla uses actigraphs in his practice, which track sleep-wake cycles and are available on the Fitbit and Apple Watch.

Actigraphy can point out sleep issues such as circadian rhythm disorders, delayed or advanced sleep phase syndromes, or an irregular sleep-wake rhythm.

That stands for cognitive behavioral therapy for insomnia. Decades of research show that basic CBT has been shown to be highly effective for depression, anxiety, and PTSD. It involves working on changing your thoughts to lift your mood. “It’s kind of like a sleep bootcamp,” says Bazil, who believes that behavioral therapies for sleep are extremely effective and underreported.

To undergo CBTI, you can see a trained therapist or try an online program. To take a preliminary approach, try a sleep app to explore relaxation techniques. “Common ones are breathing techniques or progressive relaxation,” says Bazil. “Many are similar to what you learn in certain types of meditation.”

When Should You See a Sleep Doctor?

When do sleep issues cross the line from nuisance to a medical issue? “Anyone who is distressed by poor sleep could benefit from seeing a sleep specialist, particularly a behavioral sleep specialist, like a psychologist or other therapist, who will not jump straight to medications,” says Kennedy. “Even if a person doesn’t need therapy, a consultation with a professional can provide strategies and dispel a lot of the misconceptions about sleep that lead to longer-term problems.”