Whether it’s ice cream on a cold day, grandma’s desserts, or a comforting holiday casserole, the best vices in life are tied to a happy memory.

My vices are — or were — soda and bubble gum. I associate their fizz and sugar rush with the happiness of seeing my dad, who brought them as treats when he returned from working out of town.

My bubble gum obsession waned with age, but the carbonation craze grew stronger to the point where I was drinking three Big Gulps of diet soda every day.

How Could I Change My Bad Habit?

“Do you ever not drink soda?” one friend asked as I ordered another refill during a night out.

I was addicted. Diet soda wasn’t doing my diet or my health any favors. It was time for a change.

But willpower alone wasn’t working. I thought about soda all the time, much like former smokers say they craved cigarettes. So I turned to Google for help.

That’s where I learned the benefits of hypnotherapy:

I figured I had nothing to lose (other than the $150 session fee), so I made an appointment. 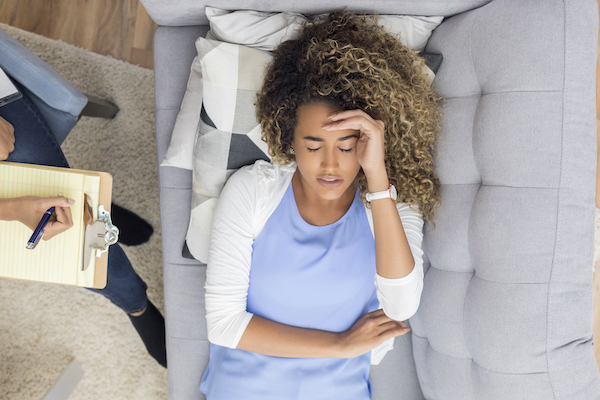 My therapist, who said she could break me of my affliction in less than an hour, was not amused by my preconceived notions about hypnotherapists. She wasn’t going to convince me I was a rabbit to start eating healthy.

“It’s not our job to put you in a trance,” she said. “It’s to get you out of the trance you’re already in.”

I relaxed into an oversized armchair, put on headphones (so she could talk directly into my ears), and sunk into a 60-minute guided meditation.

“You don’t need diet soda to quench your thirst,” she said. “Cool, crisp, clean water is all you need.”

“Soda is full of ingredients that ruin your health,” she continued. “You only want to drink water.”

“This isn’t working,” I remember thinking.

Despite my relaxation, I didn’t feel any different. I expected to be in a daze, but in reality, I was lucid the entire time.

When the time was up, she smiled, wished me well, and handed me a CD of the session so I could go back whenever the cravings popped up.

“What a waste of time,” I thought as I left her office.

Something happened during those 60 minutes; I felt the same, yet different.

I got in the car and glanced down at the soda sitting in my center console. I didn’t want it. I poured out the remainder and that was the last time I ever held a soda. That was in 2014.

It took a while for me to get used to my new normal:

And the health benefits? There are plenty:

All of these rewards have been sustainable.

Hypnosis worked for me. I’m so pleased with the results, I may use it to stop biting my nails.

Meagan Morris a writer specializing in all things related to health and wellness. Her work has been featured in The Atlantic, Yahoo Health, Cosmopolitan, SELF, and Women's Health, among others. Learn more at meaganleamorris.com.

13 Gifts for Anyone Who Needs a Positivity Boost

We all need a bit of positivity in our lives this year. If you have a friend who needs a pick-me-up this ho...

Stave Off Stress-Eating With These Self-Care Essentials

If you're looking to cut your unhealthy stress-eating habits, try some of these go-to essentials from Sugar...

How Tai Chi Breathing Can Make You Better, Faster, Stronger

If you don't have time in your schedule for yet another fitness activity, simply merging tai chi breathing ...

Does Drinking Water Really Give You Younger Looking Skin?

Even though guzzling gallons won't fill in fine lines, water is necessary for good skin and good health.