There’s just something about being sore. Maybe it’s that it draws attention to those muscles you’ve built. Perhaps it feels like a testament to how hard you went during your last workout. No matter the reason, it hurts — but you also kind of like it. (Is that weird?)

Liking the soreness after a challenging workout isn’t uncommon, but it’s important to understand the difference between regular exercise-induced muscle soreness and the kind that might indicate an injury. Here’s a look at what “hurts so good” might feel like compared with plain old pain.

For a low-impact workout, there’s MYX+Openfit. Get your bike here today!

Does Being Sore Mean I Had a Good Workout? 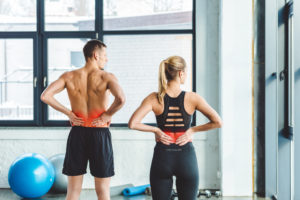 No. Feeling sore after a workout is common if you’re new to exercise or if you challenge yourself with a new routine, but research shows that there’s no correlation between soreness and workout quality or effectiveness.

“It just means that you pushed yourself a little too hard,” says Trevor Thieme, CSCS, Openfit’s senior director of fitness and nutrition content. “That soreness isn’t something to worry about unless it impedes everyday movements or lasts longer than about five days, but it’s also a reminder to back off a bit the next time you do that workout.”

There are also steps you can take to reduce the risk of being sore after a tough training session — such as foam rolling and consuming a post-workout supplement that contains tart cherry extract.

Pain is a different story. “If you feel actual pain instead of regular muscle soreness after a workout, it’s time to back off until you figure out what’s wrong,” says Thieme. “And if the pain is severe, acute, or doesn’t go away relatively quickly, call your doctor.”

So What’s the Difference Between Good and Bad Hurt in the Gym?

While there’s no such thing as a “good” hurt—only relatively harmless ones—there are several types of pain to watch out for, explains Theresa Marko, PT, DPT, MS, a doctor of physical therapy and owner of Marko Physical Therapy in New York City.

A sharp pain could be a sign of a sprain, stress fracture, or other workout injury, while tingling and spasming might indicate that you’re moving too far into a range of motion for a particular joint.

That said, feeling “uncomfortable” rather than sore or hurt can be a good thing, such as “when someone is stretching into a new range of motion,” says Marko. Child’s pose, for example, can open up the spine and stretches the lumbar muscles, and that can “feel slightly uncomfortable but also good at the same time,” adds Marko.

When Should I See a Doctor? 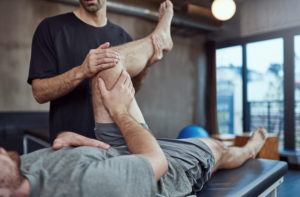 Even if you like the soreness of a hard workout, you should seek out an expert if it lingers. “If muscle soreness doesn’t go away after five or six days, talk to your doctor to make sure something more serious isn’t going on,” says Thieme.

Malek adds that there are a couple of red flags to know. She explains that exercise induced muscle soreness should peak 48-72 hours after exercise, after which it should ease up. If it doesn’t decrease on this timeline, or “there’s an increase in pain, change in urine color to dark, or the presence of blood in the urine, you should seek medical assistance ASAP.”

3 Fitness Mistakes That Could Be Causing Your Lower Back Pain

Workouts can sometimes be hard on your back. We're going to explore lower back pain causes so you can worko...