How to Stop Feeling Tired After a Nap

When you nod off during a meeting or you can barely keep your eyes open on a long drive, your body is begging for one thing: a nice nap. But sometimes, that short stint of sleep doesn’t seem to quite work — you wake up after a nap and you’re still tired. In fact, sometimes you’re more tired after a nap.

There’s only one thing to do: become a nap expert. Read on to learn more about why you feel tired after a nap — and tips on how to feel rested instead.

Why Do I Feel Tired After a Nap?

We naturally feel tired after any kind of sleep — be it a nap or a full night’s rest, explains Rebecca Robbins, Ph.D., postdoctoral fellow at New York University and co-author of Sleep for Success!

It’s called sleep inertia — and it’s a perfectly normal side effect of nodding off. The Centers for Disease Control and Prevention defines sleep inertia as that period between being asleep and fully awake where you’re temporarily disoriented and your performance and/or mood is, shall we say, suboptimal.

It can last anywhere from one minute to four hours, according to a study in Sleep Medicine Reviews. But generally, the more sleep deprived you are, the worse your sleep inertia. 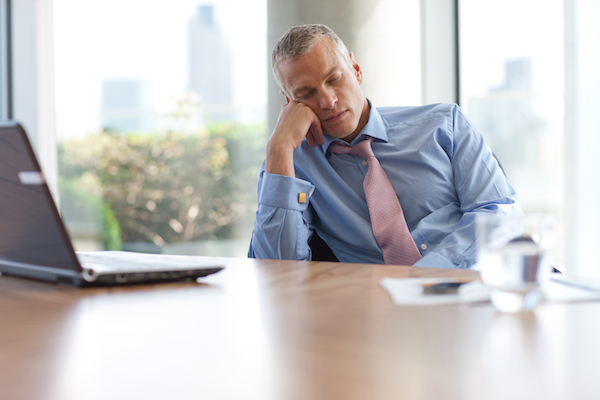 How Do I Stop Feeling Groggy After a Nap?

“Compared to awakening from sleep stages 1 or 2, waking up during deep sleep leads to more sleep inertia,” Cralle explains. On average it takes about 25 to 30 minutes to reach deep sleep — so your best bet to combat that post-nap grogginess is to sleep for less than 25 minutes or a full 90 minutes, which is the length of a full sleep cycle, she says.

Set your alarm if you’re aiming for the shorter stint, but if you have the time to nap longer, and especially if you’re sleep deprived, skip the alarm entirely: Research suggests allowing your body to self-awaken reduces that sleep inertia since it pulls you out once you’re past the deeper stages of sleep.

Turn down the heat

Try and nap in a colder room, since the drop in core body temperature helps increase vasodilation and therefore blood flow, which is thought to bring sleep on faster and help you sleep more soundly.

It’s also a good idea to use a sleep mask to block light, and earplugs or headphones could help drown out background noise, Cralle suggests. (Napping pods are most ideal if your workplace has one, she adds.)

Don’t nap too late in the day

Napping after 3 PM can interfere with your ability to fall asleep later in the evening, Cralle says. Plus, a 2016 meta-analysis in Industrial Health suggests sleep inertia is worse in the afternoon.

Have a glass of water first

The National Sleep Foundation points out even mild dehydration can enhance all those feelings of sleep inertia — exhaustion, sluggishness, moodiness — so fortifying your body with water and then giving it the length of a nap to rehydrate your systems can help reduce the backlash.

Splash your face with cold water

Immediately after waking up, splash your face with cold water for a short-lived boost in alertness.

Being outside can help increase vitality in general, says a study in the Journal of Environmental Psychology. And exposing yourself to sunlight for one minute will help alert your circadian rhythm that it’s time to be awake now, according to that Industrial Health meta-analysis.

Turn up the music

Some studies suggest playing upbeat music at 60 dB (that’s about the volume of a normal conversation) for 20 minutes after waking up can lower sleep inertia.

Your best bet is to take a caffeine nap: Drink a shot of espresso and then lay down for 20 minutes. Even though it seems counterintuitive, this may be one of the most effective strategies to feel more awake after a nap, according to that Industrial Health meta-analysis, because it takes about that long for the caffeine to kick in. 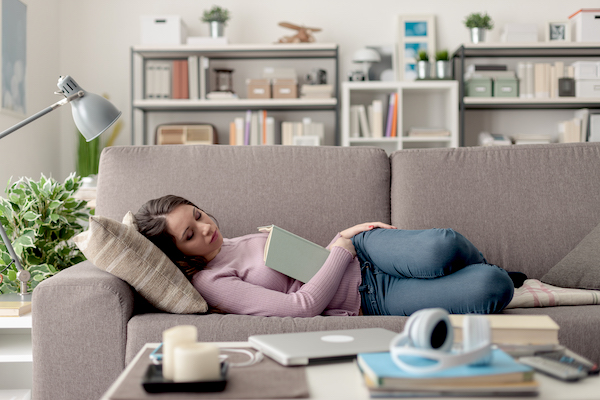 Do Naps Count as Sleep?

“Napping can be part of a healthy sleep schedule. Some healthy sleepers report short naps on a regular basis,” Robbins explains.

Hitting the hay for as short as 10 minutes can help make you less tired, she adds.

Most healthy sleepers (that’s people who score a solid seven-plus hours a night) would benefit most from 20-minute naps. But shift workers or those who are high in sleep debt should aim for the longer 90-minute approach, Robbins says.

Naps count toward your overall daily sleep count, she says, but longer periods of nightly sleep can’t be replaced by short daytime stints — real, lengthy sleep helps repair and restore dozens and dozens of functions in our body.