How to Lose Fat and Gain Muscle

The answer is an unequivocal “yes.” Just follow these six simple rules.

As the saying goes, “You can’t improve what you can’t measure.” So the first step to getting lean is making sure you’re measuring the right thing — and your bathroom scale is the wrong tool for the job.

But a scale can’t tell you whether you’re losing fat, gaining muscle, or doing both at the same time. All a scale can do is track your overall weight, which includes muscle, fat, skin, organs, bones, and the cherry tart you ate for dessert. Gain 10 pounds of muscle while simultaneously losing 10 pounds of fat and you’ll probably look very different, but for all the scale knows, you haven’t changed.

Instead, focus on your body-fat percentage — the proportion of your body mass that’s composed of fat. To measure that precisely (read: not with a scale that professes to measure it accurately, but likely doesn’t) you can invest in an underwater weighing session (a.k.a. hydrostatic body composition analysis), a 3D body scan, a DEXA (dual energy X-ray absorptiometry) scan, or any of several other high-tech (non-scale) body composition tests.

Of course, all of those options can hurt your wallet, which is why many fitness experts recommend another highly accurate (and decidedly low-tech) body-fat analyzer: a mirror. Muscle weighs more than fat by volume, so even if the bathroom scale isn’t budging, you might notice significant, positive changes (e.g., a slimmer waist, firmer butt, more defined arms) when you look at your full-length reflection in the bedroom. And if you notice your clothes fitting better (or even more loosely), you know you’re heading in the right direction.

You need protein to build muscle. But if you want to lose fat and gain muscle, you may need even more protein: A 2016 study found that overweight men on an intense fitness routine and a calorie-restricted diet were able to gain muscle over a four-week period — but only if their protein intake was high. Protein should make up slightly more than one-third of your total caloric intake.

If you want to lose fat, you have to cut your caloric intake. But if you also want to maintain (or even build) muscle, cutting a little works better than cutting a lot, according to Norwegian scientists.

If you reduce your calories too much, your body goes into conservation mode: Your metabolism slows down, and your hunger and stress hormones get out of whack, causing your body to do everything it can to hold on to the paltry few calories you are giving it. Basically, your body is thinking: “huge calorie deficit = life-threatening emergency! = slow everything down!,” while you are thinking: “I’m eating less, why am I not losing weight?”

Shoot for losing no more than one percent of your body weight — or roughly one to two pounds — per week, suggest the researchers. (Need pointers on how to lose those last few pounds? Check out these expert tips.) 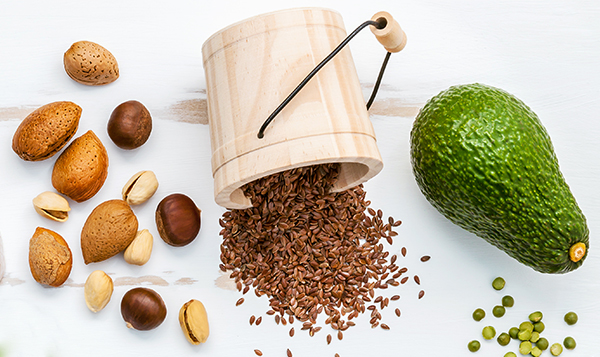 A few decades ago, we blamed many health woes — including obesity — on dietary fat. It makes intuitive sense: Fat has more calories per gram (about nine) than either protein or carbohydrate (both of which have about four). It’s also called, you know, fat, so it seems like cutting it from your diet should lean you out. Right?

Not so fast. Turns out the opposite may be true: Consuming fat can help you burn fat — as long as you’re smart about your consumption, eating the right types in the right quantities. A 2007 study found that exercisers who supplemented with fish oil lost more fat than those who didn’t. In another 2008 report, researchers at the University of California-Irvine found that dietary fat — especially from plant sources like avocados and nuts — increased the feeling of fullness, and led to less overeating.

But fatty foods are calorie-dense, so you don’t want to overdo it. Focus on adding healthy fats — like those found in avocados, olives (and extra-virgin olive oil), nut and seed butters, and cold water fish — to your diet.

If you want to lose fat, don’t go the steady-state cardio (e.g., jogging) route, say researchers at Pennington Biomedical Research Center, in Louisiana. Their study comparing the weight-loss results of people who did aerobic workouts while dieting with those who only dieted found that steady-state cardio added almost nothing to the weight-loss results.

With steady-state cardio, you may drop pounds initially, but you’ll likely hit a plateau in short order. The reason: It’s repetitive and low intensity, allowing your body to both adapt to and recover from it quickly

When it comes to shedding pounds, you want to be the hare, not the tortoise: A 2011 Australian study found that shorter, tougher workouts consistently resulted in significantly greater fat loss than steady state cardio. The takeaway: To kick weight loss into high gear, focus on workouts that include high intensity interval training (HIIT). And if those HIIT workouts include strength exercises, all the better. 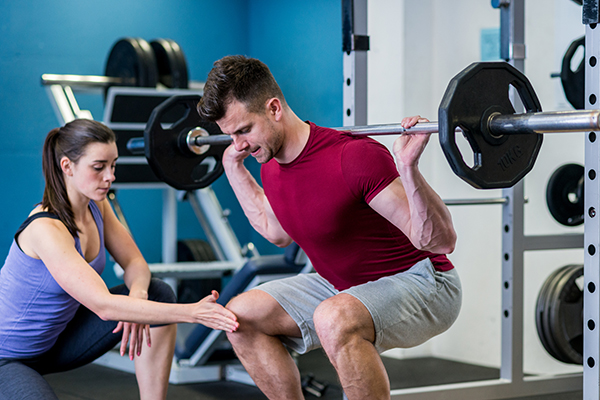 One final key component to weight loss: resistance training. That may sound counterintuitive, since if you’re trying to get smaller, why do something that makes you bigger?

Hear us out: If you’re trying to lose fat, muscle mass (AKA “metabolically active tissue”) is your friend. Besides digesting food, circulating blood, and keeping and your organs up and running, your body’s primary means of burning calories is by contracting your muscles, which it does every time you move. And the more muscle you have, the more calories you burn.

Dieting without strength training can lead to loss of muscle mass — and thus a diminished capacity to burn calories. But if you strength train while dialing in your diet (making sure to include plenty of protein!), you’ll maintain, or even gain, muscle, further enhancing your fat-burning potential 24-hours a day.

Even the process of building muscle can help you burn fat. That’s because repairing the damage caused by workouts and reinforcing muscles to better withstand the rigors of future ones requires energy. Indeed, studies show that a single strength training session can elevate your metabolism for up to 72 hours after you work out.

Monitor your body-fat percentage, not just your weight. Eat a healthy, balanced diet in proper proportions, with plenty of protein to spur muscle growth, and stoke your fat-burning furnace with HIIT that incorporates strength exercises.