How to Host a Healthy Thanksgiving Dinner When You Can't Cook

You love hosting. You love the holidays. You have the space and a sufficient amount of friends and family with which to fill it so you can give thanks together. The conditions for a memorable Thanksgiving meal are perfect… save for just a couple of potentially important considerations: You’re not confident in your ability to cook a sumptuous feast for a large party and you’re concerned that a holiday that’s become synonymous with caloric overindulgence is going to throw a wrench into your diet plans.

Well, fear not! Below are some hosting ideas that will bode well for both your waistline and your reputation for hospitality come the fourth Thursday in November.

Take the guesswork out of cooking with the hundreds of quick and healthy recipes of Openfit’s nutrition plan! Try it here for free.

1. Make It a Potluck 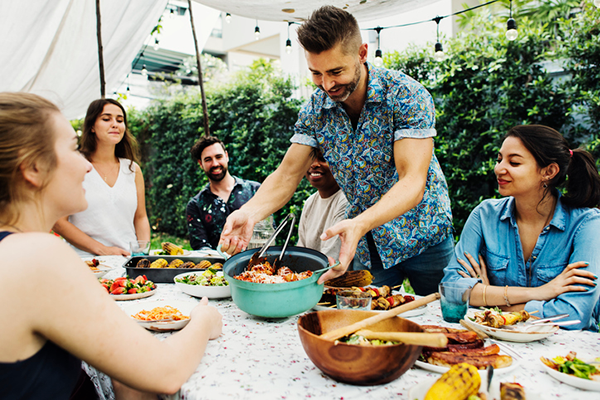 The first recorded Thanksgiving meal in what would become the United States took place in 1621. The populace of Massachusetts’ Plymouth Colony were English and, as such, were probably not brimming over with confidence about their culinary prowess either. Aghast at the very idea of being served the newcomers’ staple of thick, bland porridge, their Wampanoag neighbors brought plenty of food with them.

That means that the first Thanksgiving was essentially a potluck and, if you’re going with an authentic vibe, yours should be, too!

But in the name of keeping it real, you many need to offer some guidance to your guests on what to bring. It’s likely that they’ll be planning to come over with mashed potatoes, sweet potato casseroles, pumpkin pie, bread-based stuffing, and cranberry sauce. But none of this stuff would have appeared in Plymouth back then.

There was no wheat flour available to make pastry or bread, the potato hadn’t yet made it to North America, and it would be another 50 years before someone figured out that super-tart cranberries could only be made palatable with a lot of sugar, which there was none of in the colony.

What food we do know was on the table was actually very healthy. A written account by William Bradford, the colony’s governor at the time, notes that the Wampanoags brought wild turkeys, waterfowls, and five deer. The venison would have provided plenty of lean protein and the birds would have been stuffed with onions, herbs, and tree nuts.

We can’t be certain what else was on offer in Plymouth 395 years ago, but historians suspect that stewed pumpkin, Indian corn, eels, lobster, clams, and mussels would have been on the table along with passenger pigeon.

Bonus points to/serious questions for any guest who presents your party with an authentic spit-roasted passenger pigeon. (They were hunted to extinction over a century ago.)

2. Take Out Without Guilt 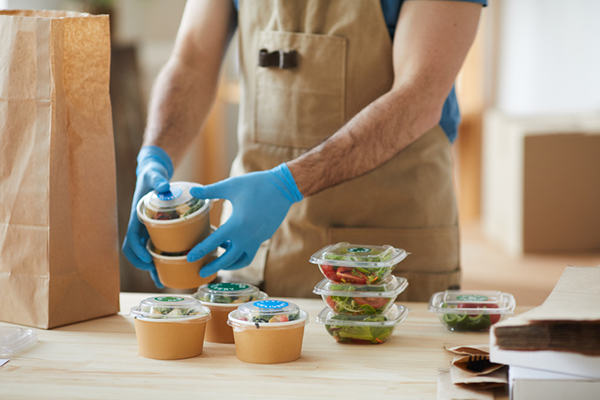 Supermarkets have gotten wise to the fact that many people don’t get to enjoy fully the act of feasting with friends and family due to the all-consuming meal preparation. Their response: Offer customers a full Thanksgiving meal with all the trimmings that can be ordered weeks ahead of time, and needs only to be heated before being served. Easy? Yes! Healthy? Well that depends on what you order.

Think you’ll feel guilty about putting food on the table that you didn’t fully prepare? Overcome it by putting your energy into being a great host. Create a unique cocktail just for the occasion and give it a fun name, put some thought into a productive seating plan, think of some fun games that everyone can take part in at the table, or plan an autumnal activity that will prevent everyone from dozing off in front of the football game. 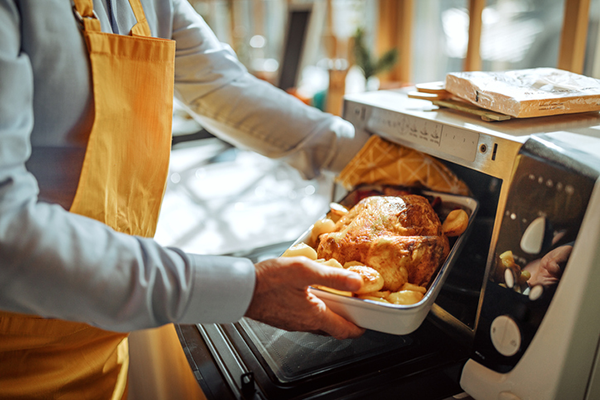 If there’s one kitchen appliance that’s made cooking less daunting for the wannabe chef, it’s the microwave. Buy already cooked foods (nearly every big grocery store sells ready-made dishes such as rotisserie meats, mashed potatoes, etc.) and warm them in the microwave, or — if you’re feeling brave — buy uncooked, cut, and trimmed turkey breast and legs, and nuke ’em. If you overcook the bird, gravy is the saving grace for parched strands of meat.

While there’s probably a consensus that microwaving a Thanksgiving feast is easier for the dilettante than conventional methods, I’m sure that some of you are wondering if nuking gets us any closer to a healthy Thanksgiving meal, due to the idea that these appliances degrade food’s nutritional value.

While it’s true that exposing food to heat can cause its nutrients to break down because of shortened cooking time, microwaves actually do a better job of preserving nutrients according to an article published in Harvard Health Publications’ Family Health Guide. The article goes on to point out that conventionally cooking vegetables in water (boiling) leads to their nutrients to be be leeched out.

The microwave will also limit the amount of bird you buy, thus reducing the amount of calorific Thanksgiving sandwiches to eat in the days or, shudder, weeks after Turkey Day itself.

4. Give Thanks… to Your Waiter 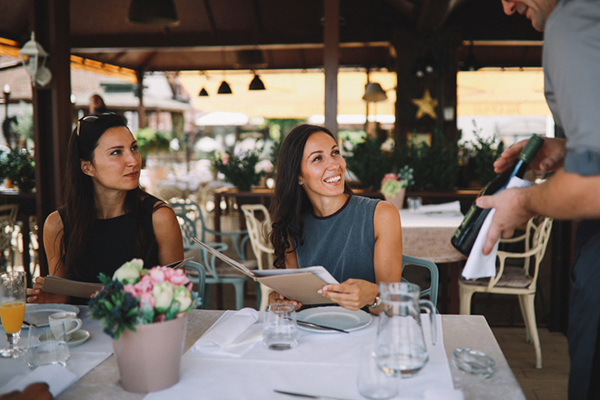 Obviously, eating at a restaurant means that you won’t have to cook or clean, but can it be healthier, given that you no longer have any say in how the food is being prepared? In a word, yes!

If you go to a sit-down restaurant, you likely won’t have the opportunity to keep reloading your plate. Similarly, there won’t be an inevitable pile of leftovers to eat your way in the days that follow. And, we don’t just overindulge with food at Thanksgiving. We overdo it with alcohol, too. Paying for restaurant-priced wine by the glass or bottle as opposed to siphoning off glass after glass from the seemingly inexhaustible supply of Two Buck Chuck in your garage is a pretty effective way to limit those additional empty calories.

And don’t think that by eating out you’re any less of a host. After all, it was you who spent several evenings researching restaurants, making reservations, and sending invites. All everyone else has to do is simply show up, enjoy, and then split the bill! Gobble gobble indeed!