This Is What the "Barre Tuck" Is, and How to Do It Correctly 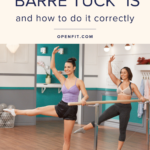 So “what the tuck” is a barre tuck, exactly? And how can you can tell if you’re doing it properly? We talked to Andrea Rogers, the woman behind the fitness sensation Xtend Barre, to get the deets. And be sure to check out the video below to watch the breakdown of proper alignment in a barre class!

What Is a Barre Tuck?

Physiologically, the “barre tuck” is a posterior tilt of the pelvis and lower back, often with an added butt squeeze, Rogers explains, who created Xtend Barre workout, now on Openfit, by combining traditional Pilates methods with ballet and high-energy cardio.

On a higher level, the barre tuck is a common cue in barre classes — instructors often use it as a reminder for you to shift the position of your hips, spine and abdominals. It might be used on its own or as part of an exercise, where you move in and out of the tucked position. 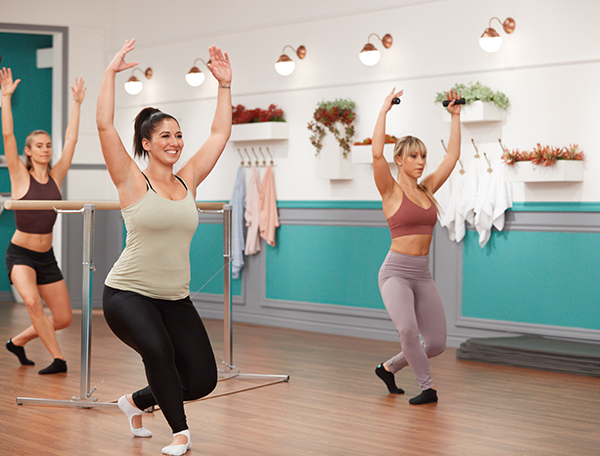 Should You Do the Barre Tuck?

As common as this move is among barre classes, it can actually set you up for injury over time, Rogers warns, because the tilt and squeeze can compress your lower back.

“We do not perform the ‘barre tuck’ in Xtend Barre – instead we sprinkle in a posterior tilt initiated by abdominal contraction within very few exercises,” she says, who is a classically trained Pilates instructor and former professional dancer. “We work within a neutral spine position to maintain a strong and healthy spine.” A neutral spine means that your spin is positioned in the middle point between the posterior and anterior tilt of the hips and pelvis.

“When properly aligned and in neutral spine, the curves [of your back] cushion the spine from strain or stress,” says Rogers. This makes a neutral spine a safe, stable, strong, and natural position to execute movement from. And without that excess strain on your lower back, you can really start to focus on the exercises your doing in your barre classes.

How to Position Your Spine During Barre

Any new type of exercise is going to have a learning curve, and that applies to this “neutral spine” concept, too.

A way to find the healthiest, most sustainable position for the spine, think of Goldilocks. You want a position that’s just right. You don’t want to arch your back in an exaggerated way that makes you stick your booty out. You also don’t want to overly round your lower back by overly tucking your tailbone like a puppy that’s been scolded. Instead, you want to keep your hips centered over your feet.

If you find your lower back aching or you catch yourself doing the old hip tilt and butt squeeze combo, “imagine working between two window panes to keep your spine neutral,” explains Rogers.

She feels strongly that a neutral spine is best when doing barre, pilates, or ballet barre workouts, so it’s a major component of her unique barre-inspired workouts. “We work from a Pilates foundation in Xtend Barre, and we constantly cue core initiation and a neutral spine to develop habits where members learn how to move effectively,” she says.

Ready to give Xtend Barre a try yourself? Try it for free by signing up here!