How to Breathe While Running: Techniques and Tips 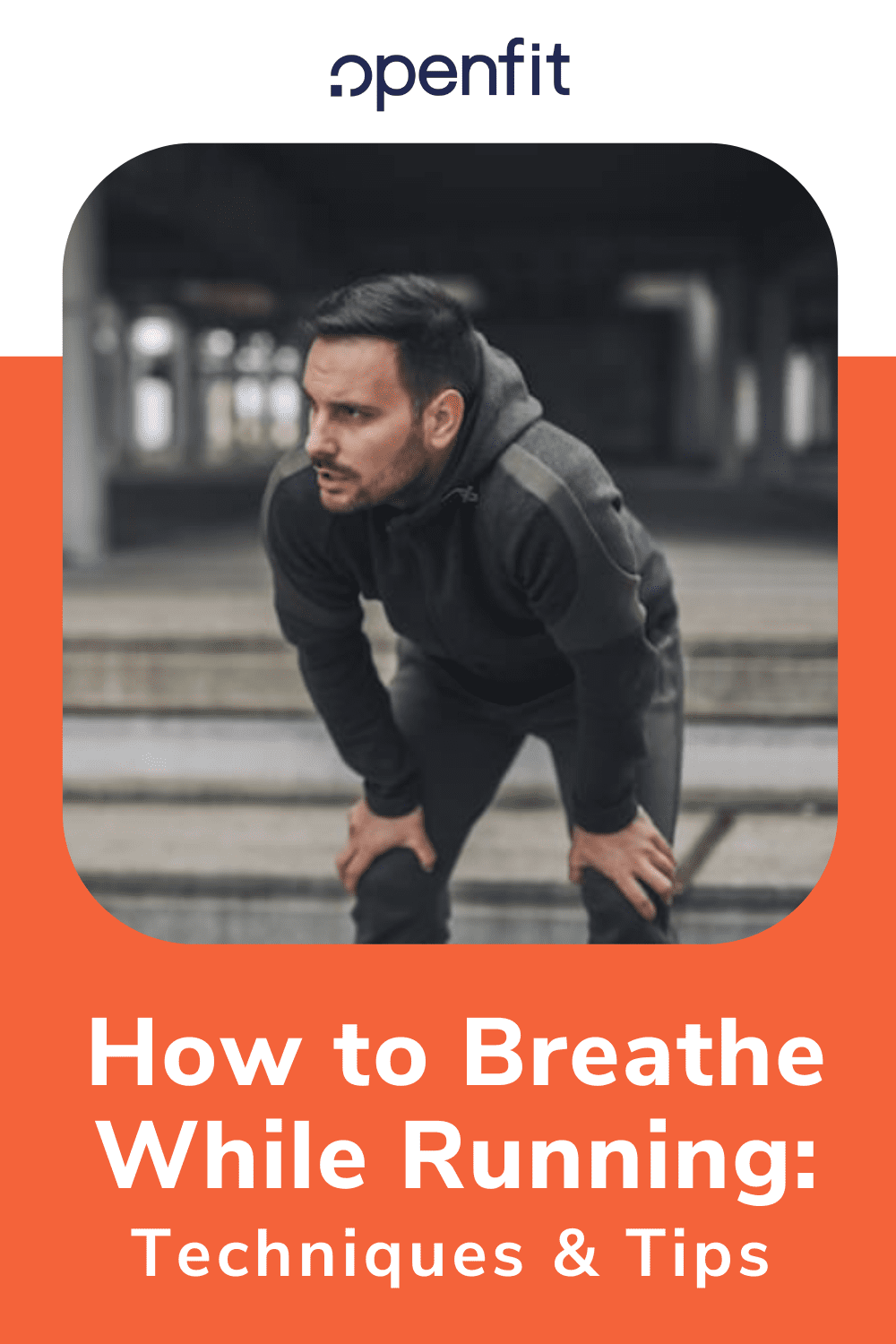 When you go for a walk, you probably aren’t giving much thought to your breathing — it just happens. But figuring out how to breathe while running isn’t always as easy.

Why does breathing while running feel more complicated? When you’re pushing yourself during a run, you’re consuming energy faster than your body can utilize oxygen to replenish it. So when you’re trying to run faster or farther, you may find yourself out of breath.

The good news? As you become more efficient at breathing while running, you’ll utilize oxygen better and increase your aerobic capacity. No matter what your running goals may be, breathing better can get you there. 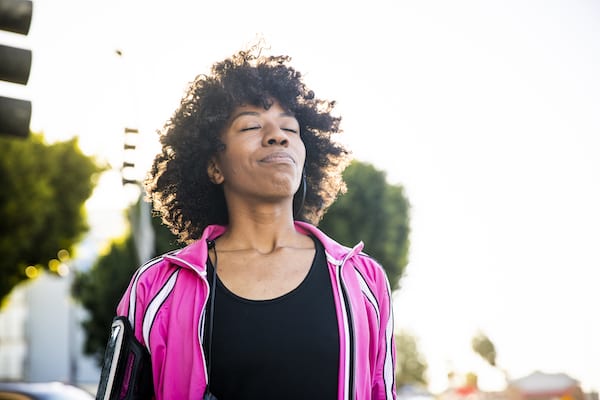 There are two main schools of thought when it comes to how to control breathing while running: natural breathing and rhythmic breathing.

Rhythmic breathing relies on timing your foot strikes to your inhales and exhales. “The most common breathing rhythm of the well-trained runners I’ve tested is a 2-2 rhythm, which means they take two steps while breathing in — one right foot step and one left foot step — and two steps breathing out,” says running coach Jack Daniels, PhD, associate professor at A. T. Still University in Mesa, AZ, and two-time Olympic medalist in the modern pentathlon.

Another effective rhythm is the five-count (3-2) breath, says Trevor Thieme, CSCS, Openfit’s senior manager of fitness and nutrition content. “The goal is to avoid beginning each exhalation on the same foot,” Thieme says. As you exhale, he adds, your diaphragm and the muscles around it relax, reducing core stability — so an even breathing pattern can concentrate the impact forces on one side of your body. “If you begin each exhalation on a different foot, as you will with the 3-2 rhythm, you’ll distribute those forces equally between both sides of your body, reducing your overall risk of injury,” Thieme says.

And don’t be afraid to change up your breathing pattern to suit your workout. “A slow rhythm 4-4, for instance, allows for larger breaths but fewer of them per minute,” Daniels says. “Keep it nice and steady.”

As you might have guessed, natural breathing is just breathing in a way that comes naturally to you. “A lot of new runners have a tendency to overthink it and get so analytical about their breathing patterns that they don’t actually just relax and breathe,” says Bill Bishop, head coach and founder of Chicago’s Bishop Racing. This can lead to hyperventilating, he adds.

While there are benefits to both styles of breathing, you won’t know what works best for you until you give it a whirl. “Runners may think they’re most comfortable with one method without ever trying another method,” says Albert Rizzo, MD, senior medical advisor to the American Lung Association and section chief at the Division of Pulmonary and Critical Care Medicine in Newark, DE.

One common recommendation for both types of breathing: Practice making your diaphragm your primary breathing muscle, instead of your chest and neck muscles, which tend to be shallow and inefficient.

Here are 3 more tips to help you learn how to breathe while running.

If you’re new to running, going out too hard and fast can set you back before you really get started. If you feel as though you can’t catch your breath, slow down and walk it out. If you’re really laboring, try breathing in through your nose (as if you’re smelling roses) and then out through pursed lips (as if you’re blowing out birthday candles).

“This technique can often get you back into control and start to get rid of some of that panic setting in,” Rizzo says.

2. Be a Mouth-Breather (Literally) 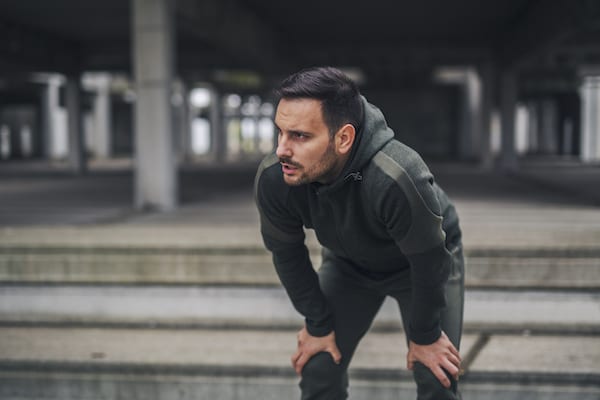 However, if you suffer from asthma or you’re running in colder climates, Rizzo says nose breathing can help filter, warm, and moisturize the air to make breathing easier all around.

3. Get Comfortable Being Uncomfortable

Like any new form of exercise, it takes a while for your body to feel okay. “For newer runners, the first part of your runs are probably going to feel crappy,” Bishop says. “Having a good handle on your breathing allows you to feel the least crappy in the phase when your body needs to get juiced up and ready to go. Sure enough, things will come around, and you’ll feel good at some point.”

How to Get Rid of Side Stitches

One type of discomfort that can be hard to push through is a side stitch. This is typically a stabbing pain beneath your rib cage or along your side that happens during running and exercising. According to one survey, 70 percent of runners experienced this pain at least once during the year surveyed.

The jury is still out on the precise reason for this exercise-induced discomfort. But to get relief, Bishop recommends trying the following techniques: